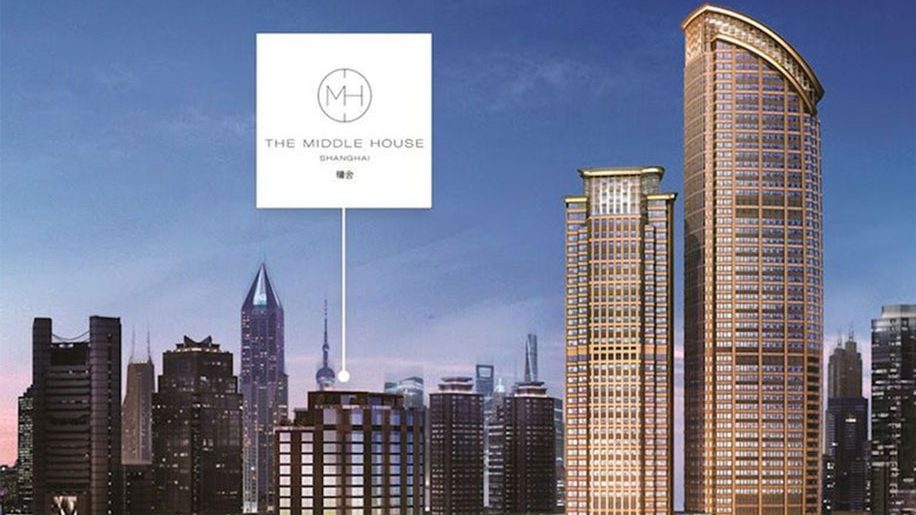 Swire Hotels will soon announce a fourth hotel for its exclusive House Collection to be built in Shanghai, a top executive told Business Traveller Asia-Pacific.

The House Collective’s latest and third addition was Temple House in Chengdu, which opened in July.

Dean Winter, Swire Hotels’ area director of operations – Hong Kong hotels and China projects, flagged the news to Business Traveller Asia-Pacific while updating on the above property, along with the February launch of the company’s East brand in Miami – its first foray into the US market.

Swire Hotels is owned by Swire Properties and manages the House Collective and East brands, as well as Chapter Hotels properties in Cheltenham and Exeter and two other UK properties in Bristol and Brighton.

“Beyond Miami we have a project in Shanghai that we haven’t announced yet. There’s no secret we are in Shanghai, Swire Properties, our owner, are in a joint venture with HKRI International and that’s due to open in mid-2017,” he said. “The whole development [HKRI Taikoo Hui] is mixed-use … with commercial office space, retail and hotels.”

So will there be another House Collective project for Shanghai? “Yes, it’s looking that way,” Winter said. “We like Shanghai, we feel we need to be in Shanghai; it’s a very crowded city in terms of hotels, but we feel within that intimate luxury, small-sized space we think there is an opportunity for us to do well there. So that’s what they’re aiming for.”

With the House Collective signature of unique style matched to a service DNA that corresponds to all three properties – Temple House in Chengdu, The Upper House Hong Kong and The Opposite House Beijing – a fourth Shanghai property will no doubt be eagerly anticipated. “We’ve got mock-up rooms that we’re looking at in the next month or so, and we’ll see what that’s going to give us, but really it’s a very competitive market. We’ll share more details when we announce the name, hopefully in the next three or four months,” Winter said. The news comes on the back of Temple House’s successful opening, which Winter indicated drew more of a local reaction than expected. “We’re extremely happy with how it’s being received in the local market and domestically throughout China,” he said.

“We have always assumed 50 per cent of our [China] business to be domestic, but in a secondary city it’s probably more like 80 per cent, and that’s how we set our plans, but actually it’s a bit more than that. We’re getting a lot of interest from the Sichuan community.

“There’s also a lot of Shanghai and Beijing business, but certainly domestic interest is driving it. And it’s only a two-hour flight from Hong Kong. Chengdu is a growing commercial area but it also has a lot to offer in terms of leisure attractions, so it also appeals to long-haul travellers looking for a China experience.”

Winter adds that Temple House as part of Sino-Ocean Taikoo Li Chengdu, the joint venture retail complex development between Swire Properties and Sino-Ocean Land, has been well received in its early stages. “Good occupancy with the retail mix and a very interesting selection of retailers, and what’s drawing the local crowd is the indoor-outdoor experience of that shopping centre. And then our restaurants benefit from there. And when retail is fully opened, by the end of the year or early 2016, we can expect some good solid restaurant patronage.”

Swire’s East, Miami is due to open in February. Winter says that being an East brand it will definitely attract the business traveller, but he’s also hoping to attract a fair share of leisure travel, and as part of the mixed-use development Brickell City Centre, the cool F&B options will attract the local leisure crowd. Artistic rendering of the pool at East Miami

“There’ll be no doubting that the hotel will hit the ground running with strong international and local interest for the restaurants and bars, and a rooms and events base pretty much from the get go,” he says.

With Swire Hotels’ successes there is also an executive eye on the future, and a possibility of moving into property management. “We’re still very much an owner operated type of model, so we go where Swire Properties goes. At the moment there aren’t any more projects on the horizon, but we’re hopeful we can grow the business outside of Hong Kong and China,” says Winter, referring to The House brand.

“I think we could focus regionally first and obviously the US is a big portfolio –­ whether there will be more opportunities there remains to be seen.

“We’re not as yet a pure management company so we don’t have a remit to go out into the RFP [request for proposal] process for hotel management agreements at the moment. Nevertheless though, it’s exciting that we are opening a hotel in the US that will attract a lot of interest. And it will be interesting to see whether we are able to do those sorts of agreements or not.

“It will be interesting to see what kind of response the brand gets in the US. We get asked a lot now to consider agreements for asset management in other parts of Asia but we so far have declined. We’re confident that having a hotel in Miami is going to only lead to more of those requests, but for the time being we’re not in the business of doing clear management agreements.”