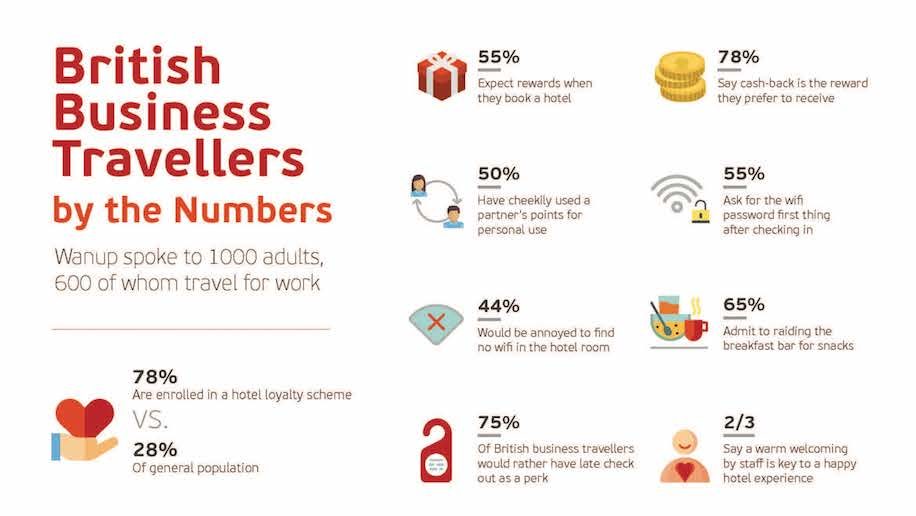 A recent survey has found that 78 per cent of British business travellers value cashback above anything else from the hotels they stay in.

The survey, commissioned by hotel loyalty club Wanup, aimed to identify the main things business travellers looked for in a property. Some 1,000 British adults took the survey, more than 600 of whom travel for work.

The results found that value for money and location trumped aesthetics when it came to selecting a hotel, with more than two-thirds of respondents identifying these elements as their top priority.

More than half of travellers said they expected points or other benefits each time they visited a hotel, and 78 per cent said that cashback was the reward they would most like to receive on hotel bookings.

Welcoming staff proved to be a winner, too, with two-thirds saying this was the most important element of the hotel experience.

In addition, the results found that almost half of the travellers had used their partner’s loyalty scheme points without their knowledge, while more than 65 per cent had raided their hotel breakfast buffet for lunch items.