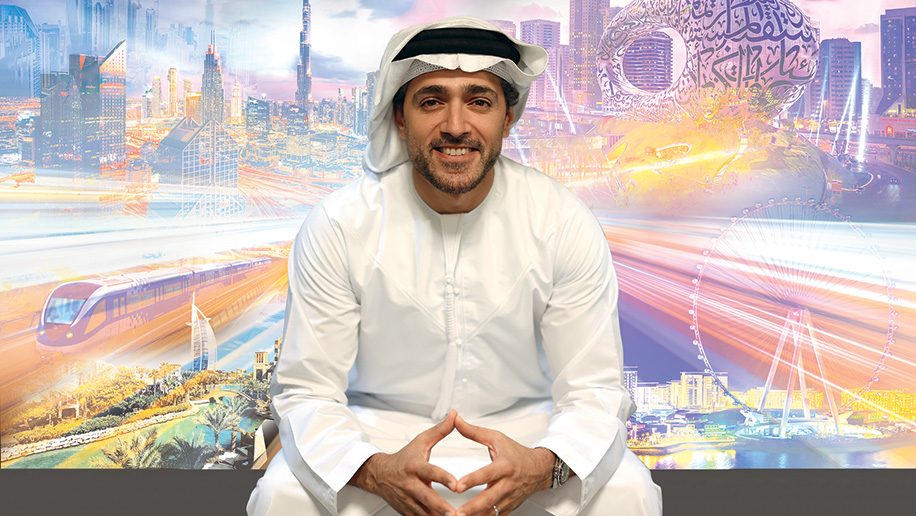 Grit. Gumption. Tenacity. It’s somewhere between these three traits that Dubai found the means to push itself out early from the initial Covid-19-induced lockdowns and adjust to a new normal. It became one of the world’s first major global cities to reopen to international tourists in the second half of 2020. While other destinations were still fumbling for solutions, Dubai acted.

A coordinated response from various stakeholders, not least homegrown carrier Emirates, the city’s leadership, and a web of private sector entities jumpstarted the city’s tourism industry. “Today, we’re not just the Department of Tourism as we were in the past. We are the Department of Economy and Tourism. So there’s a much bigger role we can play today, more so than we did in the past,” says Issam Kazim, CEO of Dubai Corporation for Tourism and Commerce Marketing at Dubai’s Department of Economy and Tourism (DET).

Scripting a tourism turnaround strategy amidst an unprecedented global crisis isn’t something for which there is a playbook. But if ever there was one, Kazim would quite likely have written it. “We’ve been spearheading a lot of change that’s happening in the industry. We have a proven track record of moving up the ranking to reach number four on a global scale when it comes to the most visited city in the world, with an aspiration of becoming number one. For us, it’s about evolving, making sure that we’re adapting as well as listening to our market. It’s one thing about being aware of what the competition is doing, but it’s actually more important for us to see how the needs of our visitors and partners are being addressed,” says Kazim.

Tourism is, after all, the backbone of Dubai’s diversified economy. It contributed 11.5 per cent to the emirate’s GDP in 2019, the year before the pandemic. By 2021, Dubai had climbed out of the abyss as far as its tourism market was concerned. It recorded 7.28 million international overnight visitors between January and December 2021, a 32 per cent year-on-year growth.

Last year, the leading source market for the city’s international visitor arrivals was India with 910,000 visitors, followed by 491,000 travellers from Saudi Arabia, 444,000 visitors from Russia and 420,000 arrivals from the UK. As Kazim explains, the pandemic meant that the city’s tourism department began to focus on a wider target audience beyond its traditional source markets.

“We started to focus on markets where we saw potential. So France, Italy, Netherlands and Egypt grew quite a bit, giving us a very solid starting point with these newer markets.”

The strategy to cast a wider net paid off. According to the data released by the DET, in the first quarter of this year, from January-March, Dubai recorded 3.97 million international overnight visitors. Of this, the MENA and GCC contributed 35 per cent of the total volumes of international overnight visitors, while Western Europe accounted for 24 per cent of its arrivals, and South Asia was responsible for 14 per cent.

The bar that Kazim sets for his team is to reach even higher. “What we want to go back to is our 2019 figures, so 16.73 million overnight visitors, and build from there. [Nearly] four million visitors [in the first quarter] is something we’re very proud of. Of course, even with the four million, we still have other [source] markets that need to pick up – India hadn’t fully opened up during that period and neither had Saudi Arabia – our top two markets. China too still hasn’t come back,” notes Kazim.

The stage is set for Dubai to race past its pre-pandemic figures. From January-May this year, Dubai received 6.17 million international overnight visitors, a 197 per cent year-on-year increase over the corresponding period in 2021. Indicating a surge of interest in Dubai, the DET noted that in May 2022, searches and bookings for the emirate reached almost pre-pandemic levels. 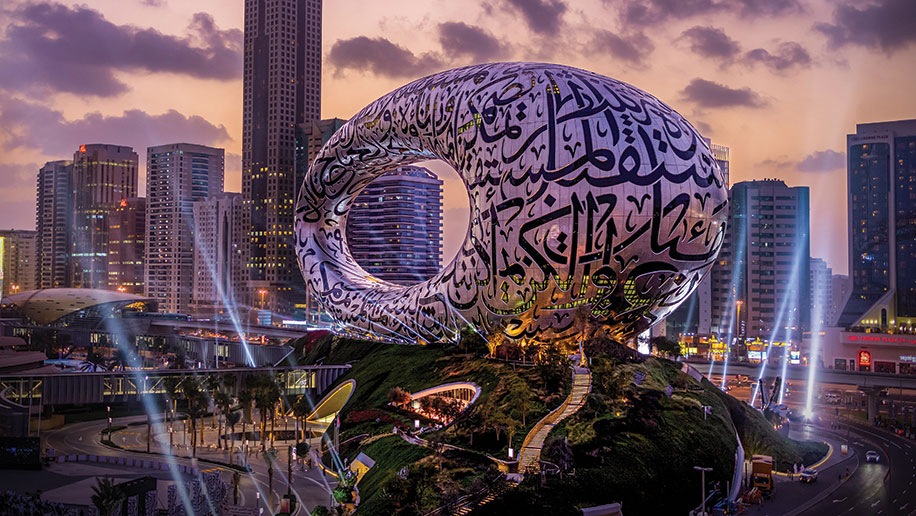 Sustainable growth
A dominant event that drove visits to Dubai over Q4 2021 and Q1 2022 was the six-month long Expo 2020 Dubai which concluded on March 31 – but not before recording over 24.1 million visits. “Hats off to the leadership for being able to not just pull off an event, but to pull it off in such a difficult time globally. And now, it’s about [maintaining] the momentum that was built up. We’ve launched new visa programmes including golden visas, retirement visas, and freelance visas. It was based on hearing from people what are the gaps, the needs, and the opportunities and rolling it out for them to bring in more people to Dubai, not just to visit but to maybe even relocate, and for them to then hire all the best talent from around the world to come and live in Dubai as well.”

Kazim is categorical that making sure Dubai attracts the number of visitors it can, isn’t the sole responsibility of the government alone – the private sector necessarily plays an important role. He says that the public-private partnership that exists in Dubai is vital to the city’s tourism success. “With the private sector, we have regular sessions with them and inform them about our plans and strategies, as well as from which markets we see growth potential and opportunities. We work with them on a group level and then even on an individual bespoke level, understanding what their segments of interests are and trying to make sure that even our campaigns are aligned with their offers. There isn’t a one size fits all [solution],” observes Kazim.

There are factors exerting a negative influence on the city’s tourism sector – factors beyond its control. These range from the Russian-Ukrainian crisis playing out in East Europe, a soaring global inflationary rate that is putting pressure on disposable incomes of households, and a rise in oil prices that is pushing up airfares across most major carriers. But rather than focusing on these, Kazim says that Dubai’s tourism strategy doubles down on those aspects that it can control, namely adding value to the travel experience. “Since 2013, when we launched our [tourism] strategy, we knew that we’re in an industry where there are so many socio-economic and geopolitical factors that are outside of our control and which dictate when and where people travel. At the same time, the [destination’s] value aspect comes into question. We want to make sure that when people come to Dubai, they really see the value of the experiences that they’re having. They understand that if they’re paying for something, they’re getting that in return as well from the experience, the service, and everything else.”

The growth of tourism within Dubai is backed solidly by its hotels, airlines and restaurants, all of which have risen with the tide of Dubai’s growing tourism sector.

Dubai ranked first globally in hotel occupancy in Q1 2022 at 82 per cent, which was just shy of the 84 per cent that the city’s hotels recorded over the same period in 2019. For comparison, according to analytics firm STR, hotel occupancy in other major destinations in the first quarter of this year stood at 56 per cent in London, 55.3 per cent in New York and 51.2 per cent in Paris.

Dubai-based carrier Emirates meanwhile has moved swiftly to support the growth over the last few months and resumed flights to nearly 80 per cent of its pre pandemic destination network. It has also signed MoUs directly with a number of tourism boards including Saudi Arabia, Spain, South Africa and Maldives, among others, to boost visitor traffic in both directions across those destinations.

Apart from the hotels and airlines, the city’s restaurants have also stepped up to the plate. A city with over 12,000 restaurants and cafés, Dubai was chosen as the first destination in the Middle East for the coveted Michelin Guide which debuted in June. The city’s rich culinary scene, says Kazim, can be a major contributor to the city’s tourism growth going forward. “I think gastronomy is one of those key pillars that we’ve been talking about for quite some time. It was a main proposition that we had discussed when we launched our strategy in 2013. This came off the back of a lot of people talking about the amazing food scene that exists here.

“We have people of 200 nationalities in Dubai and that comes across in the food and the service culture too. The Michelin Guide is something we’re very proud of.” 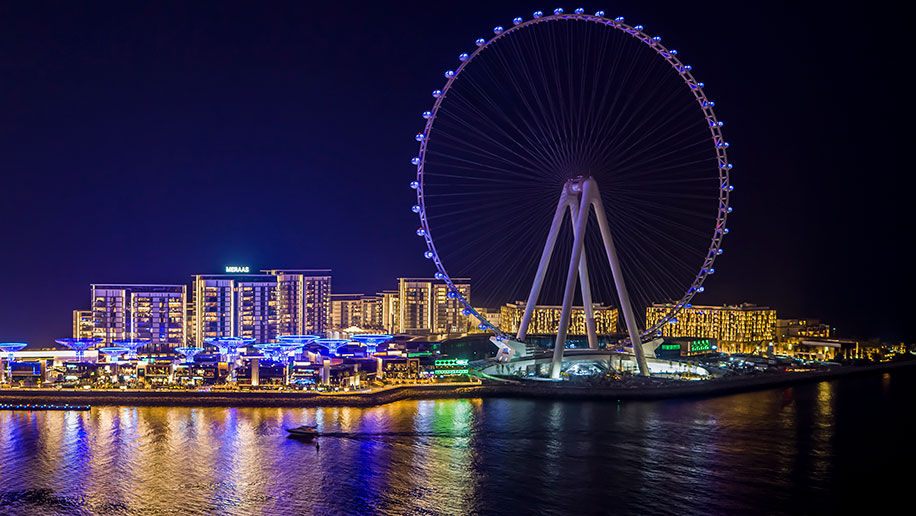 The path ahead
The way that Kazim and his team are making certain that the growth of the emirate’s tourism is sustainable, is by ensuring a high percentage of returning visitors – at the moment, 25 per cent of visitors to Dubai are those who have been here before. “Repeat visitations are important because that creates growth. With the new visa programmes, we’re making sure more and more businesses are moving here and that families are moving here.

“These people who move to Dubai can attract meetings and events in to the destination. Plus, they play a big role in the VFR – visiting friends and relatives – category as well. That in itself creates a loop that will enable us to grow the destination,” says Kazim.

At the government level, there have been some major changes over the last few months, that have spurred tourism in Dubai. For example, in November last year, Sheikh Mohammed bin Rashid Al Maktoum, Vice President and Prime Minister of the UAE and Ruler of Dubai, merged two of the emirate’s key departments, Dubai Economy and Dubai Tourism, under a single entity called Dubai’s Department of Economy and Tourism. One of the major goals at the time of the decision was to aim to increase the number of tourists coming to Dubai by 40 per cent to 25 million visitors by 2025.

Also, in February this year, the second edition of the World’s Coolest Winter campaign in the UAE concluded. That 45-day campaign which began on December 15, 2021, was aimed at mobilising the resident population of the UAE to spur domestic tourism. According to state news agency WAM, the campaign raised the revenues of hotel establishments to Dhs1.5bn, compared to Dhs1bn in its first edition. The campaign increased the number of domestic tourists from 950,000 to 1.3 million between the first and second editions, while the occupancy rate of hotel establishments over the same period rose from 66 per cent to 73 per cent. At a national level, the total contribution of the travel and tourism sector to the UAE’s GDP is forecasted to reach Dhs264.5 billion, or 12.4 per cent of the national GDP, by 2027.

As far as future-oriented initiatives are concerned, and at a local level, Dubai is ensuring that digital transformation is very much on the agenda. At the World Government Summit 2022, Dubai Municipality said that it would work with private sector companies and investors to launch a futuristic city in the metaverse. “I think the metaverse is something that everyone’s excited about.Is it going to become the next big thing or is it going to be a fad that’s going to go away? We never know, but we cannot leave it to chance. We want to make sure that we are involved in that space, and start introducing Dubai to people who have never experienced it before. [The metaverse] gives us that window of opportunity to see what chances and opportunities can be created from this new platform. We want to make sure that we’re riding the wave with everybody else,” says Kazim.

And for the moment, Dubai’s tourism sector is effortlessly surfing the crest of a very big wave.

Loading comments...
Read Next
Aero, a semi-private jet service that is reimagining the future of air travel
Read Previous
Which airlines have the best premium economy?