How Breitling's Georges Kern is shaping the conversation around horology 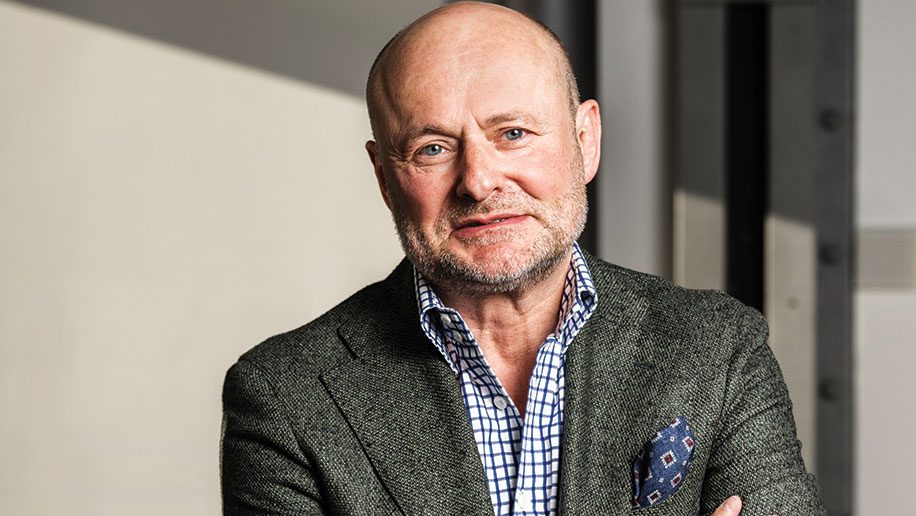 Georges Kern, CEO of Breitling, does not always have an emollient approach to detractors. Frankly, he doesn’t need to. There’s a pugilist somewhere just below that calm exterior, but you never get the sense of him being a rebel without a cause. He isn’t afraid to fracture status quo, but then again he’s got every reason to. “You cannot argue success. At the end of the day, you can have great theoretical knowledge about the markets and solid beliefs and strategies. But ultimately, you need to be successful,” Kern recently told Business Traveller Middle East when quizzed whether his management approach to being the boss of a 138-year-old watchmaking company could come across as unsettling to the brand’s traditionalists.

Five years ago, Kern began the process of pushing Breitling towards a more evenly distributed focus on its sea- and aviation-inspired watches. “Today, when you look at our segments with the air and sea and the logos we’ve used, we are more faithful to Breitling than we’ve ever been. Why? Because we addressed the story and history of Breitling. We are covering what Breitling was in its totality much more than what it was in the last 20-25 years. Earlier, the Navitimer Pilot’s watch was a pillar of the brand, and it remains so. But we returned to what the brand was 70-100 years ago to include products like the Premier, SuperOcean Heritage and Chronomat which we relaunched successfully,” says Kern.

One way of building a strong narrative around the Grenchen-based watchmaker is simply by shining a spotlight on its illustrious history. Take for example the fact that the Breitling Cosmonaute was the first Swiss wristwatch in space in 1962. As Kern explains, Scott Carpenter – only the fourth American in space – was training in Australia when he saw the Australian Air Force pilots wearing Navitimers and he knew it was what Project Mercury needed. Carpenter wrote to Willy Breitling explaining that timekeeping was his specific responsibility for Project Mercury. He needed a reconfigured Navitimer to retain the circular slide rule for calculations. Carpenter wanted a watch with a 24-hour indication and also one that would read like an instrument in his capsule. Breitling developed that timepiece which went on to become the first Swiss wristwatch in space.

This year, Breitling decided to revisit that story and issue the Navitimer B02 Chronograph 41 Cosmonaute Limited Edition that features the B02 movement. “There are watches that are icons and which are commercially successful, and then there are watches which are icons but which were commercial failures. The Navitimer was always successful and the Navitimer’s existence as part of our collection was never threatened since it was always a commercial success. It is today, with the Chronomat, the most commercially important line we have,” says Kern.

In June, Breitling followed that up with a new SuperOcean collection. It is an extensive offering – four sizes (36, 42, 44 and 46mm), three case metals (steel, bronze, steel-gold), two strap options (rubber and metal bracelet), and six dial colours (white, orange, turquoise, black, blue and green). Add to that a robust Caliber 17 movement. “We had in the Sixties a diving watch called the Slow Motion which was very much an instrument for diving with big hands and big indexes. So, we took the Slow Motion and added modern features to it, but kept the same broad design elements including a ceramic bezel and the square blocks on the hands,” explains Kern about the new collection. The standout piece of the new collection is the 42mm Kelly Slater edition limited to 1,000 pieces with an orange dial and olive-green rubber strap.

The path to growth
Last year, CVC Capital partners sold a minority stake of Breitling to another private equity firm – Partners Group. Breitling has maintained its independence and isn’t part of any watchmaking conglomerate. As Kern says, Breitling will have roughly 250 boutiques by the end of the year and is opening nearly two boutiques a week this year.

The Federation of the Swiss Watch Industry (FH) said in a recent report that exports of Swiss timepieces in the first six months of 2022 grew nearly 12 per cent year-on-year, with a total export value of CHF11.9 billion. One of the world’s biggest markets for luxury, China, accounted for CHF1.105 billion of that amount – a contraction of over 26 per cent. While China remains key for luxury players, Kern says that Breitling is expanding in that Asian country but isn’t overly reliant on it, and hence relatively insulated from what is happening there at the moment. “China still represents a small portion of our business. We’re growing strongly, but we don’t have our fair market share in China yet if I compare it to the US, Europe or the Middle East because we just started to build our presence there four-five years ago. We are opening 25 boutiques in China this year. We will have roughly 60 boutiques in China, but we should be able to quadruple that number. You don’t have an established distribution network of retailers in China like you might have in Dubai with Seddiqi, for example,” notes Kern.

A market that he is bullish about remains the Middle East. “As a region, it’s smaller than Europe, but it’s growing and is a substantial market. For us, the key markets are Europe, the US and the Middle East. We have joint ventures in Saudi Arabia where we have opened a huge boutique in Riyadh earlier this year and are opening more boutiques in the kingdom too.”

Over the last few years, Breitling has been active in the auction market, snapping up some of its historical timepieces. For example, in 2019, Gregory Breitling acquired a Cosmonaute which was once owned by astronaut John Glenn. Kern adds, “[Acquiring watches at auction] is something we need to do ourselves in the future because we want to build a museum and work on our history. We have a clear focus to buy special watches that were once part of our collection, build a museum and publish books around our brand. Gregory Breitling is very supportive of this initiative, as is Fred Mandelbaum who is probably the biggest Breitling collector in the world. Sooner or later, these [historical] watches will be available in the museum that can be viewed by our customers.”

As Breitling forges ahead, sustainability in the watchmaker’s operation – be it reducing its carbon emissions or the use of plastic – is a subject that Kern is personally involved with. However, the one aspect of sustainability that he is perhaps most actively engaged with at the moment revolves around the sourcing of materials. “We want to ensure that the consumer has total transparency on where and how we source our gold, diamonds, steel or rubber. This is why we’ve introduced the blockchain, not only for authenticity and traceability, but also for the consumer to understand where the materials are sourced from.” Kern’s taking the long road when it comes to future-proofing Breitling, but then again that’s the only way to ensure that no one argues its success.

Loading comments...
Read Next
Why Radisson's Basel Talal is bullish on the group's prospects in Saudi Arabia
Read Previous
Singapore: the intelligent choice for your business event