The Australian government will require travellers bound for Australia to undergo a PCR test prior to departure, in response to the new Covid-19 variant spreading internationally.

Pre-flight testing has already been mandatory for repatriation charter flights arranged by the Australian government, and will now be extended to commercial flights to Down Under.

Australia’s Prime Minister Scott Morrison said 80 per cent of Australians looking to return were in countries with exposure to the new Covid-19 strain.

“The purpose here is to both reduce and debulk the risk in terms of exposure to the new strain, starting firstly with arrangements that are substantively already in place on what the chief medical officer would call the should basis and turning them into the must basis,” said Morrison.

Masks will also be required to be worn throughout domestic and international flights, with exemptions for children under 12. The same rule will apply to domestic airports.

Australia’s borders have been closed to most foreign nationals since March. However, citizens and permanent residents are permitted to return, subject to a strict arrivals cap and 14 days of hotel quarantine. 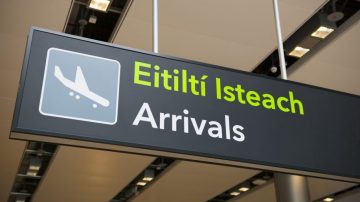