Ethiopian Airlines is the latest international carrier to be suspended after passengers tested positive for Covid-19 upon arrival in Shanghai.

As airlines around the world struggle with quarantine requirements, with some even offering free Covid-19 tests, others are finding themselves in hot water after bringing in infectious arrivals into China.

Chinese authorities ordered a further suspension of Ethiopian Airlines’ Addis Ababa to Shanghai Pudong route after multiple arrivals on ET684 tested positive. This is the carrier’s third suspension and will last until November 30, according to CH-Aviation.

Other foreign airlines that have previously been barred include Aeroflot, Etihad, and SriLankan. Even Chinese carriers are not immune. In September, China Eastern’s Manila to Shanghai route had its rights revoked after running afoul of the CAAC regulations. The state-owned carrier decided to suspend the route until further notice, reported Caixin.

This tricky situation demonstrates the dilemma facing the industry as airlines lobby governments to reopen borders and restore international travel. In October, a newly formed Global Travel Taskforce in the UK was created to look into the feasibility of simplified testing, “which would ultimately lead to the elimination of quarantine”. Since then, the UK has announced it will go back into lockdown amid soaring case numbers. 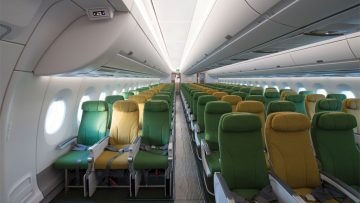