Are these Asia’s best bars? 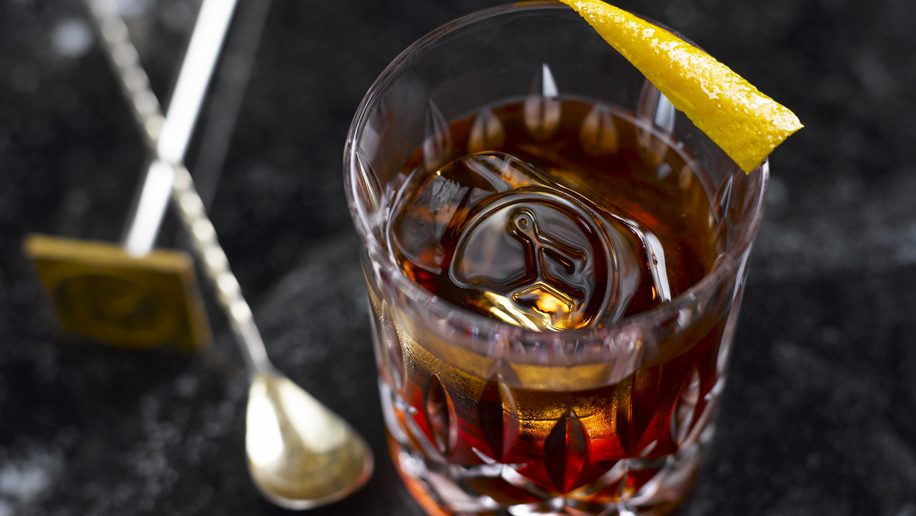 It’s time again for Drinks International’s rankings of the top bars from across the globe as part of its annual The World’s Best Bars Awards.

It was yet another good year for London and New York. Former runner-up from last year, London’s American Bar, took the top spot this year, with last year’s winner, The Dead Rabbit in New York, dropping to fifth. Dandelyan in London, The Nomad in New York and Connaught Bar in London took the second, third and fourth spots, respectively.

But 2017 was also a good year for Asia-Pacific, with 14 establishments making their way onto the list, ranging from Singapore, Hong Kong and Shanghai to Tokyo, Melbourne, Taipei and more. Here are the top performers. 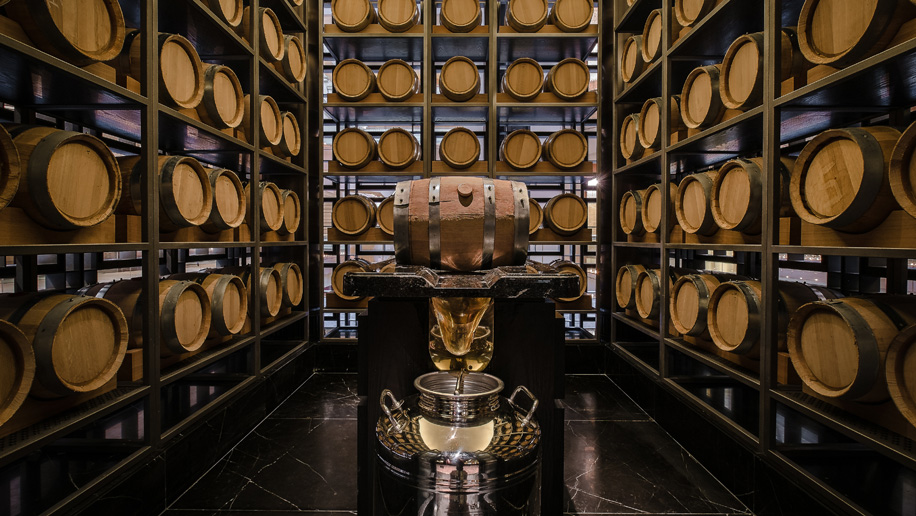 Located in the lobby of the Regent Singapore hotel in the city’s Tanglin district, Manhattan has once again taken the top spot as the best bar in Asia-Pacific. As you’d expect, this is an American bar, with leather furnishings and heavy drapes. The bar’s piece de resistance, however, is its on-site Rick House featuring bespoke casks with classic spirits. regenthotels.com 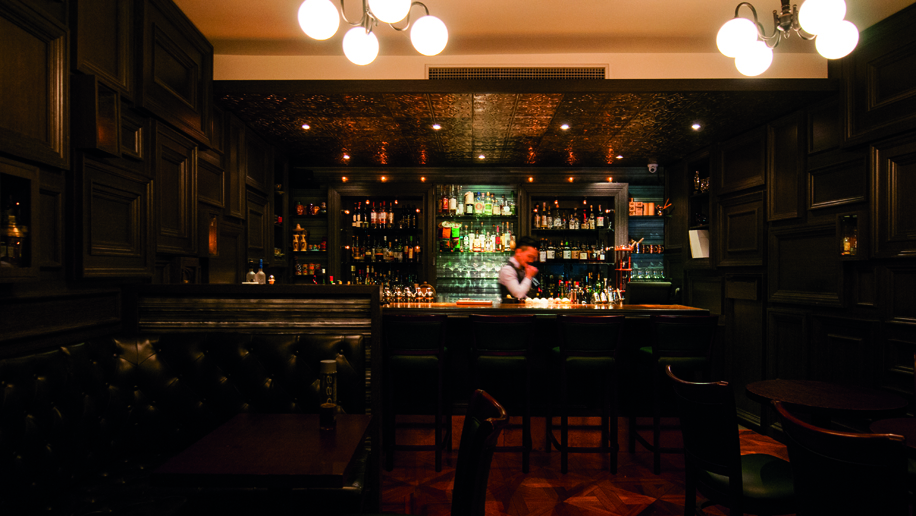 In true speakeasy style, Speak Low finds itself hidden behind a bookshelf in the Ocho Bar Tools shop-front. The bar occupies the second and third storeys – the second floor offers a livelier atmosphere while the third level is quieter, standing and shouting being prohibited. Standout drinks include the bubble tea-esque “Sawadee-Cup” that combines rum and tapioca. 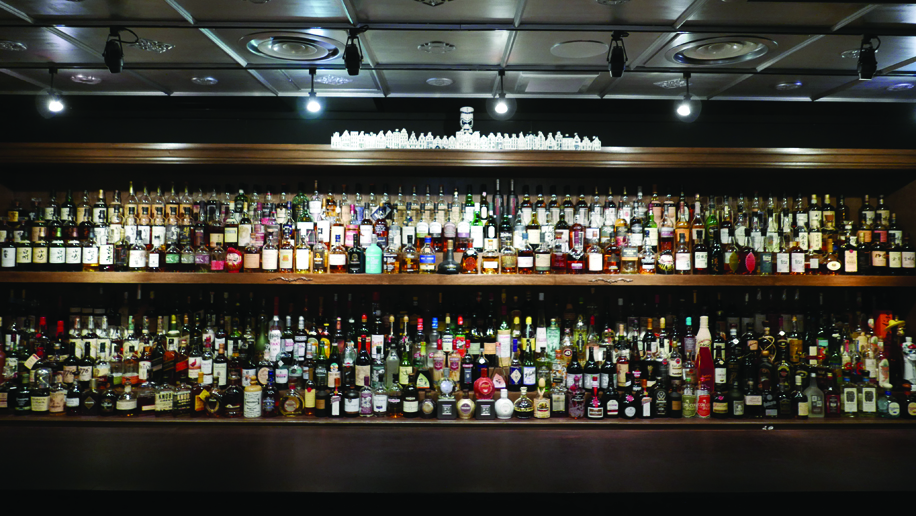 Jumping a full 10 places in the rankings compared to last year, High Five offers classic drinks with Japanese twists made by bartenders Hidetsugu Ueno and Kaori Kurakami. Be sure to watch as they make your drinks, as they often include ingredients or use methods not commonly employed. barhighfive.com 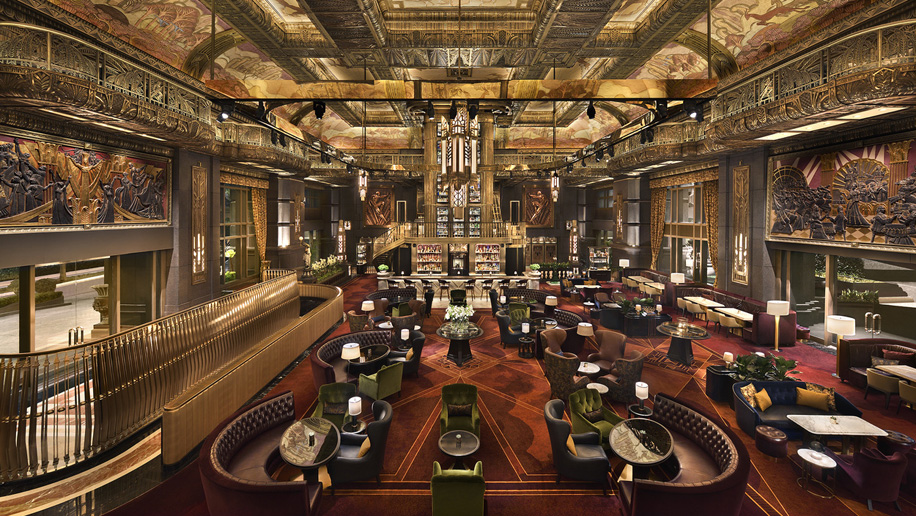 Atlas is a new addition to the list this year and with fair reason considering the bar only re-opened last year. Gin is the focus here – Atlas has more than 1,000 on offer, with history and information aplenty on the menu – and its Art Deco setting ensures you’ll be able to take your time and enjoy each one. atlasbar.sg 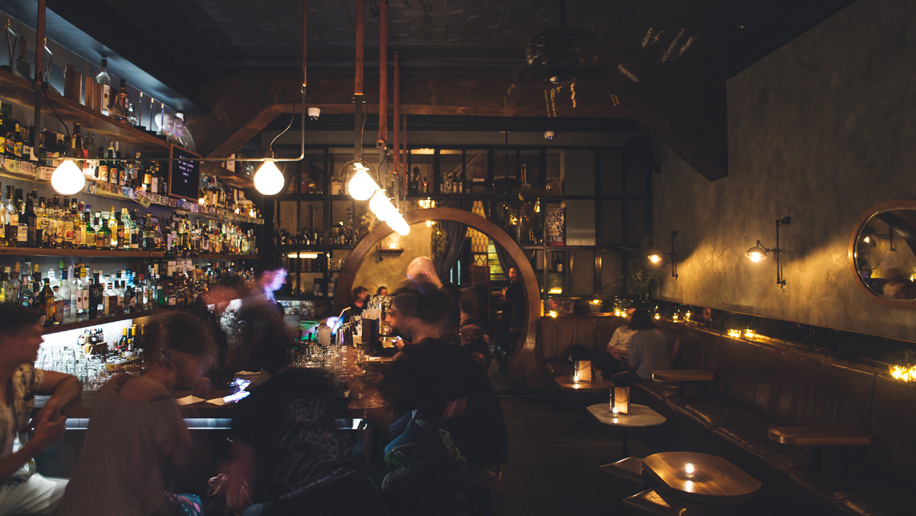 Despite having opened about 15 years ago, Black Pearl has seemingly lost none of its sheen, with the bar also taking this year’s Legend of the List award for most consistently performing bar. The venue offers two levels – the Attic upstairs is open Thursday through to Saturday – and both bartenders Chris Hysted-Adams and Nathan Beasley have been named Australia’s best bartender in the past. blackpearlbar.com.au 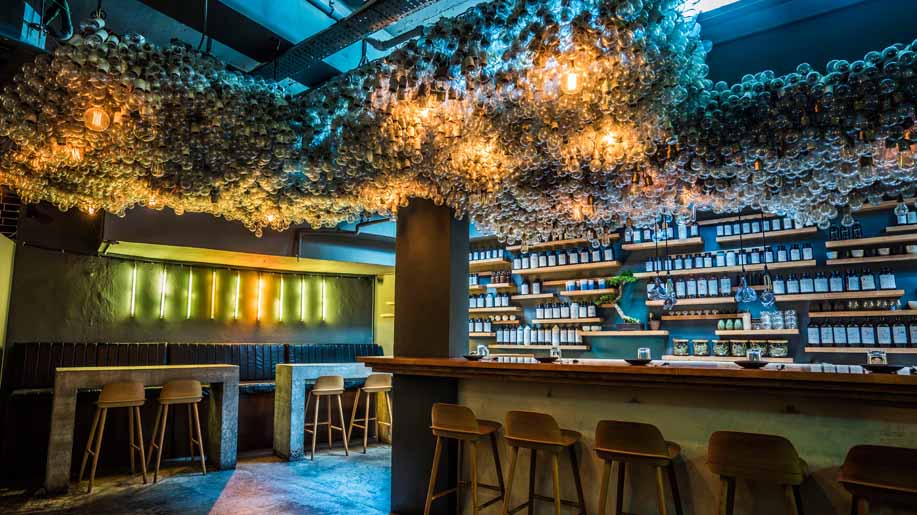 Hidden in the basement of a nondescript building on Ann Siang Hill, Operation Dagger has a menu offering cocktails with a medley of odd and unfamiliar ingredients, from goat’s cheese to bone marrow to fermented red cabbage. Don’t let these put you off, however – the staff offer great suggestions and the presentation of the cocktails themselves are worth the visit alone. operationdagger.com 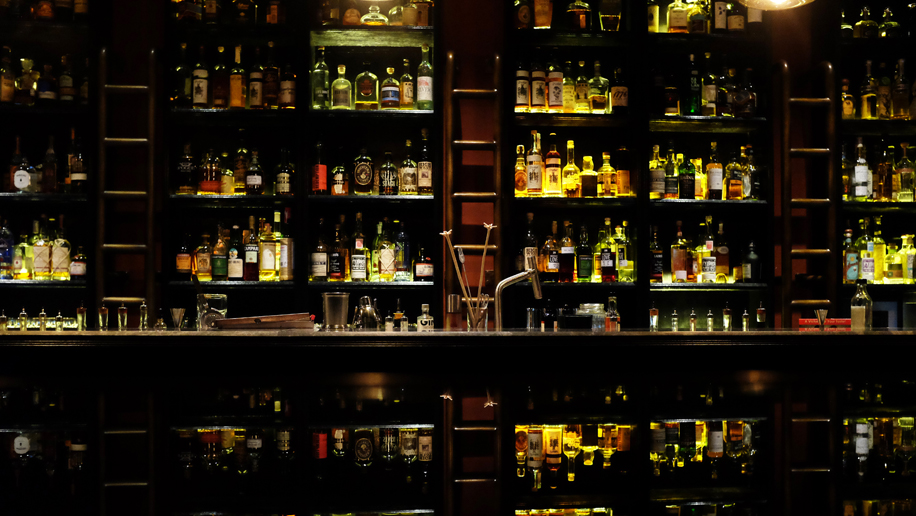 Don’t let its name fool you, this bar is firmly rooted in Singapore and has been an impressive addition to the city’s bar scene for some time. Offering straight up classic cocktails with subtle twists, the bar’s atmosphere is one of a low-lit venue with jazz and hip-hop playing in the background. 28hks.com 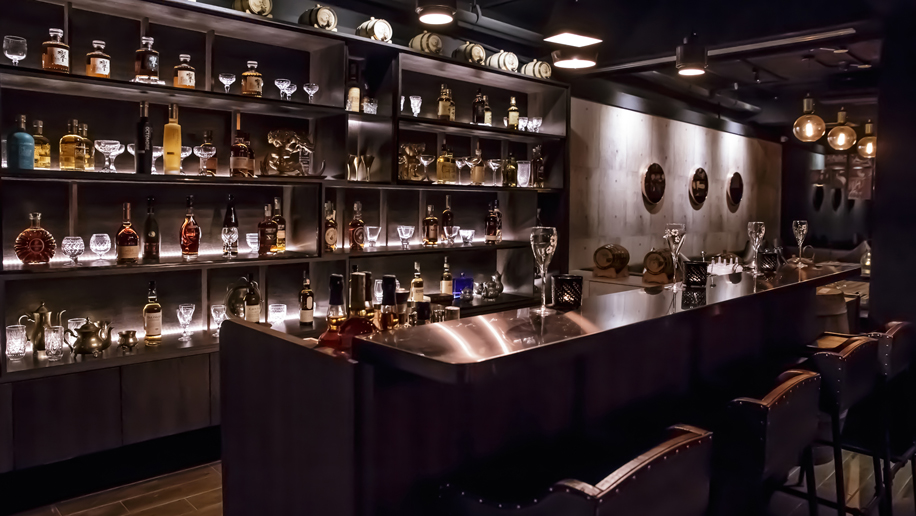 Three-time world champion mixologist Aki Wang heads up Indulgence Experimental Bistro in Taipei’s East District. Local ingredients such as vermouth infused with oolong tea, and fermented tea bitters find their way into the bars concoctions, while the bar itself offers a dim, intimate environment in which to “indulge” in them. indulgebistrotaipei.blogspot.hk 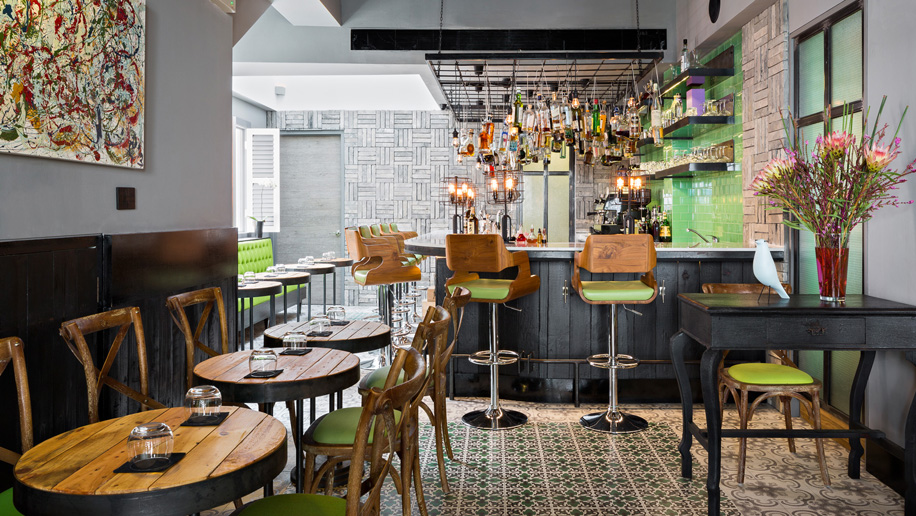 Arguably known for its restaurant as much as its bar, Tippling Club took on a new head mixologist, Joe Schofield, last year. His new Sensorium Menu aims to conjure forth memories using aromas. Schofield, from the north of England, uses vodka re-distilled with the edible stone Geosmin to create a cocktail reminiscent of recent rainfall, for example. tipplingclub.com 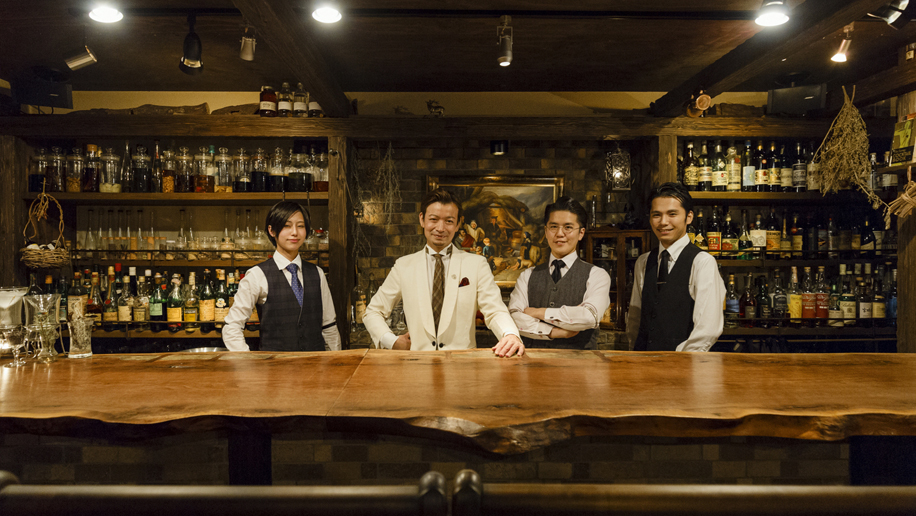 Located on the ninth floor of the Yamatoya Building in Tokyo’s Shinjuku-ward, this bar gets busy so it’s best to go in small groups. Head bartender Hiroyasu Kayama grows his own herbs in his old childhood bedroom north of Tokyo, using ingredients such as wormwood in his twist on a Gimlet. facebook.com/barbenfiddich 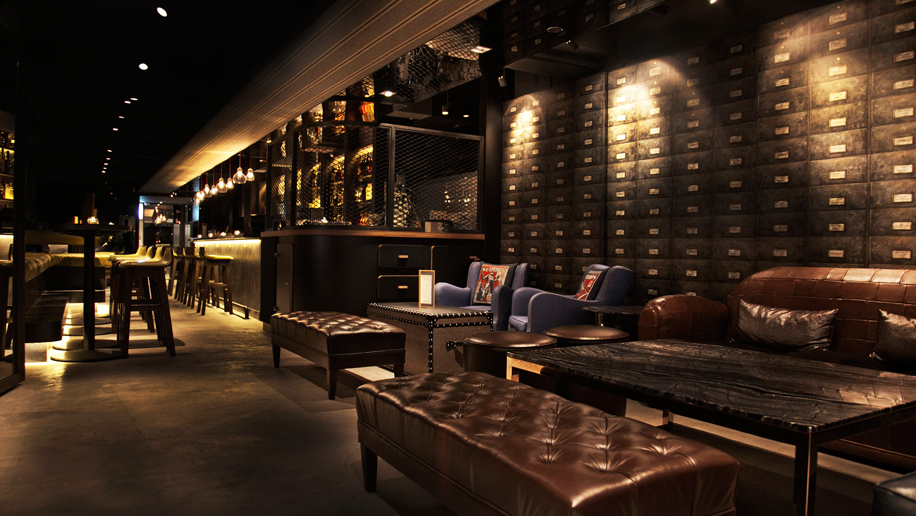 Created by Antonio Lai, the same man behind Ori-gin and The Envoy also in the city, Quinary provides a speakeasy setting with drinks that range from classic to bizarre, such as the drink Prey that is served using a paper bag. If that’s not to your liking, Quinary’s cocktail list has about 40 or so options on it, so you won’t be starved for choice. quinary.hk 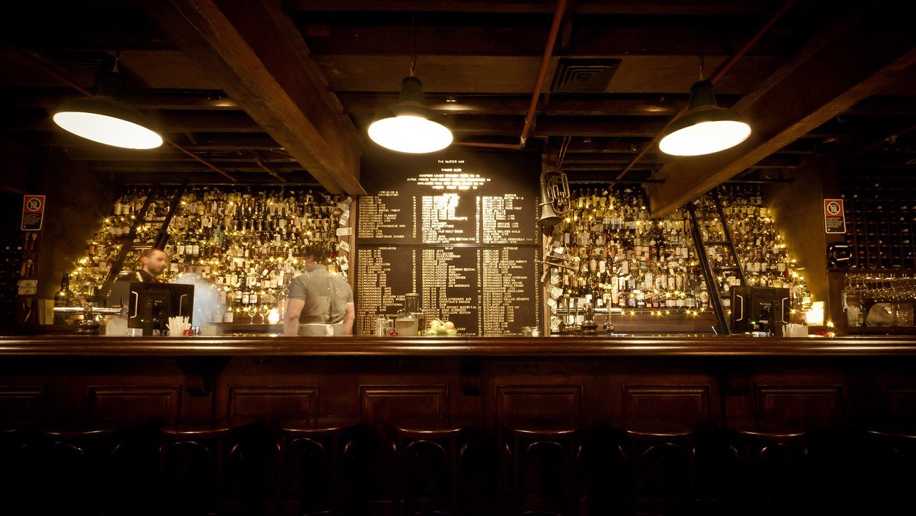 The Baxter Inn is extremely well hidden down a disused alley, but once you arrive and head downstairs you’ll end up in a bar with an 1800s Bostonian vibe and whisky at the forefront of the menu. There are also cocktails, and those with fruit are juiced in front of you. thebaxterinn.com

A new entrant to the Singapore bar scene, Native uses plenty of ingredients (some rather bizarre) from across Asia. Coconut yoghurt, Thai rum sugar cane and basil leaf that’s been freeze-dried and contains ants form the drink Antz, for instance. tribenative.com 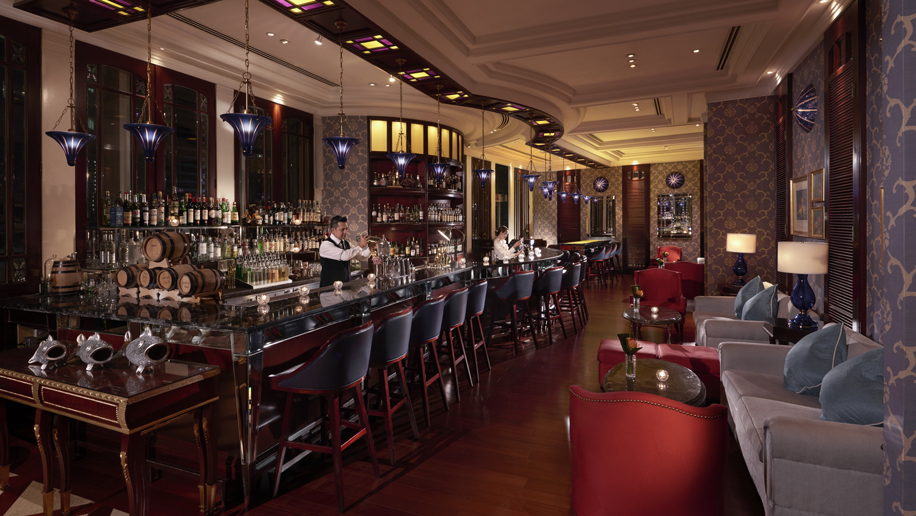 With its Art Deco style and dim hanging lights, Lobster Bar is arguably one of the more classical bars on this list. That said, its latest drinks menu featuring a “past, present and future” theme, has a few intriguing inclusions such as Therapy, which mixes Scotch with mango, vetiver (a type of grass) and homemade horchata (a drink made using ground almonds, seeds and other grains). shangri-la.com 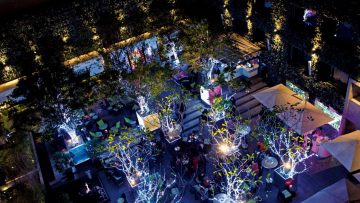 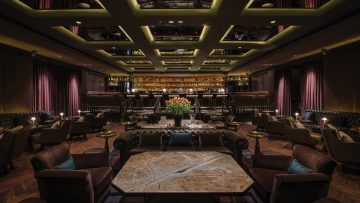 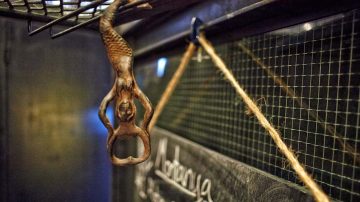