Flight cancellations that sparked a brawl in Spirit Airlines’ Ft. Lauderdale, Florida terminal have their roots in a dispute between the budget airline and its pilot union, the Associated Press reported.

Nine flights out of Fort Lauderdale International Airport were cancelled when pilots failed to show up to fly the planes on May 9. Some pilots called in sick, while others declined to pick up extra shifts.

The cancellations led to a number of scuffles between airline employees and passengers, resulting in the arrest of three passengers from New York on charges of inciting a riot, disorderly conduct, resisting arrest, and trespassing.

Spirit Airlines said the no-shows were part of a tactic by the Air Line Pilots Association (ALPA), which is currently negotiating a contract with Spirit.

The airline said that the work slowdown had resulted in about 300 flights being delayed or cancelled in the past week.

“We believe this is the result of intimidation tactics by a limited number of our pilots affecting the behavior of the larger group,” said Spirit spokesman Paul Berry, who also issued a public apology to customers on behalf of the airline.

On May 10, a federal judge issued a temporary restraining order against the pilots’ union.

“The court has spoken and Spirit pilots will fully comply with the order handed down, which is completely in line with our overriding goal: the resumption of normal operations. We call on the company to join forces with ALPA and the Spirit pilots to do just that,” ALPA said in a statement.

News
LAX prepares for largest ever airline relocation
9 May 2017 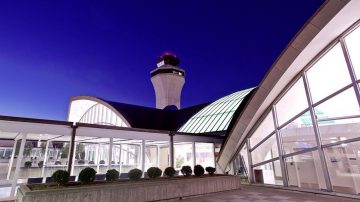