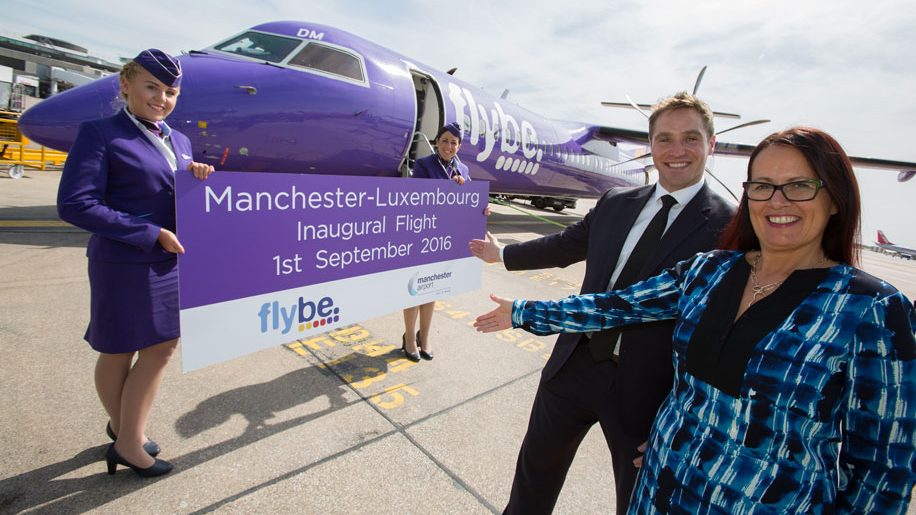 Flybe has launched a new twice daily (daily at weekends) service between Manchester and Luxembourg.

The regional carrier has dubbed the new route “a UK milestone”, as it is the only direct service from the UK to Luxembourg outside of London airports.

Flybe is also keen to stress the possibility of weekday return trips using the new service, with morning flights departing Manchester at 0910, arriving into Luxembourg at 1150, and returning on the evening service at 2125, landing back into Manchester at 2155.

“We are delighted to be launching our first flights between Manchester and Luxembourg today (September 1). Not only is this a first for Flybe, it is also now the only direct route offered to Luxembourg City outside of London.

“It is a fantastic destination for both business and leisure travellers alike so we are thrilled to mark this special milestone. We have scheduled flight times to make day trips a real possibility as well as helping business travellers save on expensive hotel costs.”

The full schedules for the new route are:

Monday to Friday, and Sunday

Luxair currently offers flights to and from London City, while Easyjet serves Luxembourg from Gatwick, and British Airways from Heathrow.

Ryanair also launched flights from London Stansted at the start of September.

Loading comments...
Read Next
The big picture: Cathay Pacific A350-900
Read Previous
Tourism from India to South Korea is on the rise