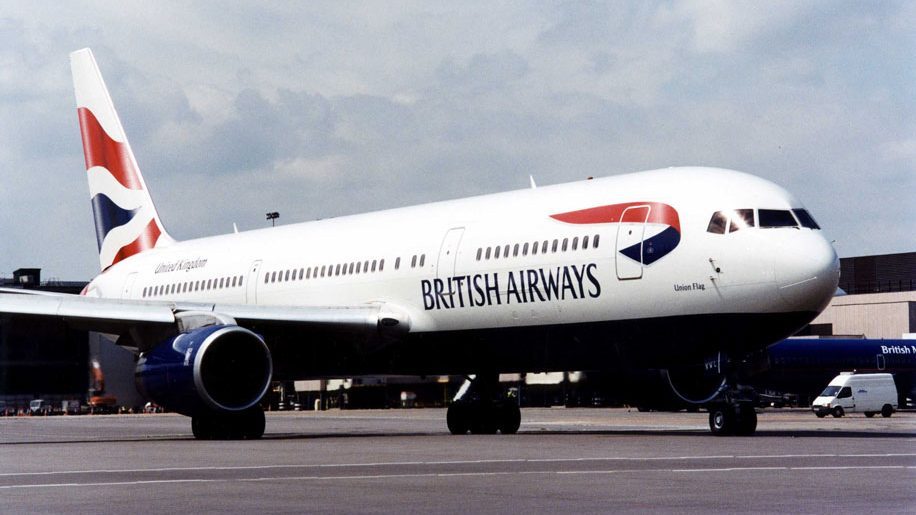 BACKGROUND This flight was taken on board the first newly refurbished B767 Club World cabin (see online news April 10) on the 1805 London Heathrow to Newark service. All seven of BA’s longhaul B767s will have a total cabin refurbishment with new carpets, curtains and refurbished sidewalls and streamlined overhead lockers with 25 per cent more space.

The toilets have also been refreshed and the Club World seats have been filled with new foam padding and fitted with charcoal herringbone coverings, which will look familiar to customers of the BA Club World London City service. World Traveller and World Traveller Plus seating has also been re-covered to look similar to those found on the B777-300ERs.

BA plans to refurbish one of its 14 long or short-haul B767s every month until completion. The lifespan of these aircraft has been extended while BA awaits delivery of the Boeing B787 Dreamliner, due next year. We are told the new Club World seating would not fit in the narrow B767 cabin, so a refresh of the old seat, rather than a total refit was decided on.

British Airways flies three times daily to Newark with one of the three served by this type of aircraft. The one aircraft that has been refurbished so far could potentially fly to a number of other destinations in addition to Newark, such as Moscow, Dar es Salaam, Philadelphia and Baltimore, among others.

For a review of my return leg in the old Club World seating, click here.

CHECK-IN I arrived at T5 via the Piccadilly line at 1510 on a Friday evening for my 1805 flight and took the lift up to the fifth floor for departures.

I made my way through the quiet terminal towards the Club World check-in desks which are located in zone H, the opposite end of the terminal from where the Underground platforms are located. I met two colleagues at 1530 and we printed our boarding passes from the electronic kiosk before dropping our bags without having to queue and making our way toward an empty security area (shoes on, laptop out), located to our immediate left.

BOARDING I did some shopping within the terminal until 1720 when I headed for the shuttle to the gate in satellite C. I arrived at 1730 and pre-boarding was already underway so joined the short queue and was on board by 1745 where I was greeted by name, offered a drink of orange juice or champagne and had my jacket taken.

THE SEAT I stored two magazines in the literature pocket to my right, it couldn’t take any more, and placed my bag in the new, larger overhead locker. The lockers look more streamlined and go further back but there is still little head room when standing underneath them.

There was a blanket, plump white pillow and noise cancelling headphones on my seat which I placed under my feet. There is a small crevice under the seat which I struggled to latch closed but which can be used to store shoes or other small items. The seats feel spacious, fresh and clean following the refurb and certainly look more elegant in the charcoal herringbone covering.

The Club World cabin on BA’s long-haul B767s is configured in four rows of 2-2-2 (to see a seat plan, click here). I was sat in seat 4K, a backward facing window seat located next to the toilet and the galley, which are both separated by a curtain once airborne. The seat feels nicely tucked away from any activity in these areas and as it is the last seat in the row there is no need to step over the feet of the person sitting in the aisle seat. Cabin crew can also pass meals and drinks around the corner so as not to pass them over the person sat in the aisle, a common complaint about this style of seat.

There is a small storage space to the right and the large tray table comes out of the left hand armrest. There is a footrest which can be unlatched and dropped into place once airborne and makes up the end of the bed when laid fully flat. Seat controls, including lumbar support, the in-seat power (which isn’t a great deal of use to most passengers as a hypertronic connection is required and adaptors are not sold onboard) and headphones sockets are on the right hand side. There is limited storage in the seat itself.

IFE is provided by an 8.4 inch screen which swings out in front. There is a remote on the right hand side but the AVOD entertainment system is touchscreen and the reading lamp is controlled by the same panel as the seat controls.

WHICH SEAT TO CHOOSE For the above reasons I couldn’t see a better seat than 4K except perhaps 4A, which is the same seat but gets to disembark first and offers a better view of Manhattan on approach. Seats in row 1 may be noisier as the main Club galley is located at the front. The middle seats don’t afford the same sense of privacy and the pairs located to the sides of the cabin are just as good if travelling as a couple.

THE FLIGHT We pulled back at 1805 and took off at 1830. A dinner menu and Elemis amenity kit was brought round soon after, including lip balm, face and hand moisturiser, a lavender face wipe, brown socks and eye mask and earplugs. Drinks were served at 1900 and I had a Gordons and tonic. I was offered another drink half an hour later but decided to wait for my dinner. The dinner menu was as follows:

Dinner orders were taken at 1915 where I was informed that the cream cheese panna cotta and Caesar salad were not available, however I was immediately set on the crab and beef.

I settled into my seat and started to explore the Rockwell Collins AVOD IFE system, as opposed to the new Thales system installed on BA’s B777s, while I waited for the dinner service and decided to start watching Moneyball, starring Brad Pitt and written by The West Wing and The Social Network scribe Aaron Sorkin.

The screen is good but is improved immeasurably once the cabin lighting is turned down and window blinds are closed. The noise cancelling headphones do a good job. There was a broad selection of TV comedy, news and drama as well as new film releases such as the Oscar winning The Artist, The Descendants and A Dangerous Method and a few select older films like The Dark Knight and Jerry Maguire.

My starter and salad (for images of my meal visit the Seatplans Pinterest page here) arrived at 2000 and I ordered a glass of Pinot Noir to accompany. The crab was delicious with lots of raw onion, basil and nutty flavour from the almonds and the salad came with an apple balsamic dressing and strips of raw carrot and beetroot, all accompanied by a selection of warm bread rolls.

The meal was served on a large tray with metal cutlery and china dinnerware. The beef arrived next and was a large fillet in a creamy mustard sauce. The dish was a little rich in all and the beef showed little sign of being “seared” but the meat was tasty and tender, the potato was hot and vegetables nicely al dente.

The tray was taken at 2020, but not before I took my two chocolates off for later, and ordered cheese which came at 2030. I was offered a glass of port with the cheese but asked for a top up of the wine instead. The cheese came with oatcakes and grapes but not chutney. A fruit basket and bread were also offered and I took a fig to go with the cheese. The Camembert was a little bland but the Cheddar was really delicious.

Trays were taken at 2040 and tea and coffee were offered. I declined and was offered more wine which I also turned down and carried on with my film. Ice cream by London based company The Ice Cream Union was offered at 2115, either vanilla or Dulce de leche, as part of the recently revamped Club Kitchen range (see online news April 10). Contrary to my better judgement I had a tub of the Dulce de leche, which had great chunks of dark chocolate in it. The cabin lights were then dimmed and bottles of water handed out.

I asked for a tea which was served in a china mug at 2210 and ate my chocolates before watching another film, George Clooney’s political thriller The Ides of March. The mug fit nicely on the small drop down cocktail tray. I then put my bed flat at 0015 to get an hour’s rest. The bed is fully flat but drops off at the end where the foot rest starts. There is enough knee space to sleep side-on and I rested comfortably until the lights came back on at 0100 as a hot drinks and sandwich service was being rolled out. I had nothing to eat but another cup of tea before we started our descent at 2050 (US time) for a 2100 landing.

ARRIVAL The immigration queues were not too bad but I picked my officer badly as he sent a high percentage of people through to secondary screening. I was one of the last people in the hall once I finally reached the officer for a gentle grilling, finger prints and a photo, before being let through at 2140, half an hour after disembarking the aircraft. One of my travelling partners was held in secondary screening until 2210, at which stage we had our bags and went to grab a cab to Manhattan.

VERDICT Those expecting a significant departure from the previous seat may be disappointed that in terms of space and fittings this is pretty much the same product. However the seat now looks great and remains comfortable for sitting and sleeping. Staff were friendly and eager to please and the food, drink and entertainment were plenty to keep me busy on this seven hour flight.

PRICE Internet rates for a return Club World flight in May ranged between £3,980 and £6,110 depending on flexibility.