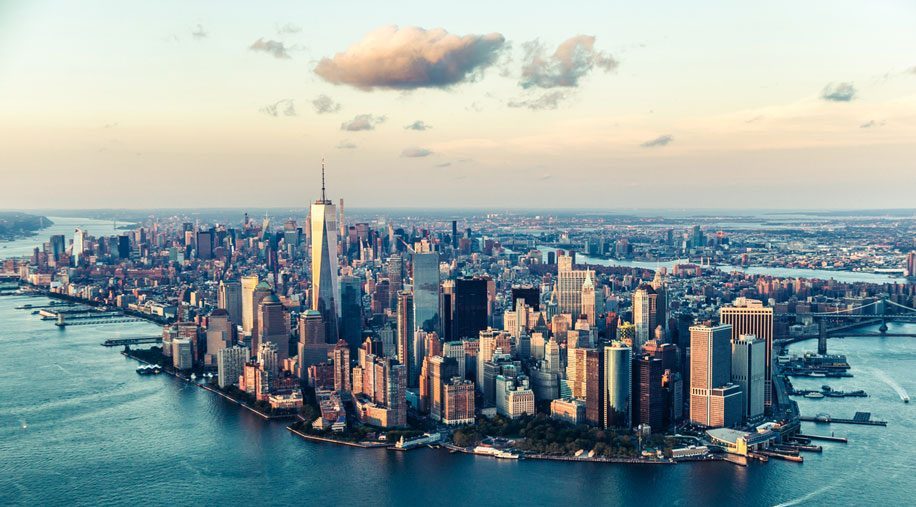 I arrived at New York’s JFK Airport (terminal 7) for the 1850 departure of BA002 to London City at 1700 and having already checked-in, used the first and business class security at the left hand end of the terminal. Shoes and belts off, laptops out and a quick walk up the slope into the duty free area, then round through the shops and more steps up to the Terraces Lounge (the short escalator was not working). From kerbside to lounge probably took a little over 10 minutes.

The idea for these evening flights is to have a good meal in the lounge, walk onto the aircraft, have a nightcap and then sleep all the way back. In the case of this new A318 service, since it is a little slower crossing the Atlantic than, say a B777, you might even get some extra sleep. I didn’t eat in the lounge because I wasn’t hungry, but the selection looked good.

The flight was called at 1820. We walked to Gate 1 and were quickly onboard, being welcomed by the same flight crew that had taken us out two days previously. At 1840 we pushed back from the stand, and after a short (for JFK) taxi, we were airborne by 1910.

The flight was almost full, perhaps 30 out of 32 seats taken. Some of these passengers had originally been booked on BA’s London Heathrow services but had been offered the chance to try the new service. At 1930 the captain told us he was estimating we would land at 0645 UK time, well ahead of schedule, and then he kept quiet so we could sleep.

I had a quick glass of wine (the choice of wines was the same as on the way out, and the same ones were absent. Click here to read that report and see photos from the outbound leg). I didn’t take photos on this one, partly because it was late and people were trying to sleep, and partly because I didn’t want to disturb full-fare paying passengers.

As the crew started the nightcap drinks service, a number of passengers came to the front to get changed into sleep suits (as with Club World, none are provided) and to ask for bottles of water. We all then settled down to sleep.

I didn’t take advantage of this, but the following was on offer on this “Sleeper Service”. Nightcap: four cabbage slaw with pequino peppers topped with smoked duck and caramelised onions, or croque-monsieur, or Bruschetta sandwich with goat’s cheese; Wildflower and honey cheese cake. In addition, during the night there was a Club Kitchen (I didn’t see this because I was asleep).

For general notes on the seating please see the previous review.

I was seated in the front row in 1J. There are a couple of advantages to this seat.  The first is that the service is commenced from the front, so you can get a quick drink (or food) before you go to sleep. And in the morning, I was served breakfast first. The second advantage is that when these seats go fully flat there is a kind of horizontal footwell, or recess, in the back of the seat in front where your feet rest, but it isn’t huge, and your feet can feel slightly jammed in. On the way out this hadn’t bothered me too much, but I had only slept for a couple of hours.

On this flight I wanted uninterrupted sleep, so having nothing obstructing free movement was a good sign. Of course, the negative thing about being at the front is disturbance from the two washrooms, and noise from the galley. This was more of a problem, and several  times in the night I could hear talking in the galley (even through a set of provided ear plugs), not surprising when there are only two curtains separating it from the main cabin.

Unlike the outward bound flight, there was no stop at Shannon for refuelling, and we made good progress. For those worried about flying across the Atlantic in a small narrow-bodied aircraft with only two engines: don’t. It was a smooth flight and there were no problems.

About an hour before landing breakfast was served, and since I was awake by then, I had most of it. The choice was chilled fruit juice, fruit smoothie, seasonal fruit or Special K with dried berries. I also had a bacon roll with tomato ketchup. There’s a quicker version of the breakfasts (“City Breakfast”) which can be served only 20 minutes before landing which is just juice, fresh fruit and some breakfast pastries.

We landed at London City at 0645, and only five minutes later walked past the baggage carousel and were landside. Those passengers collecting bags would have had a slightly longer wait. From here it is a short journey in to the Docklands, and not a bad journey time to Green Park (where these offices are), though this was a morning when the DLR was disrupted, so I took a taxi to Canning Town and got the Jubilee Line from there.

Very good, very different, and likely to appeal to those who want to get straight to their desk for work by 0730am in the Docklands or slightly later in the City and West End. I liked it, and I hope it works.

If you’d like to watch a video of the approach to London CIty Airport….

To read more about the service, see our Forum