The Google Daydream View is a virtual reality (VR) headset and controller made by Google. There have been VR headsets before – I have tried the Oculus Rift, for instance, courtesy of Lufthansa at the ITB Trade Fair in Berlin to experience their business class cabin (see below).

The Daydream View is notable, however because it works with a standard phone – or at least one the of the new Google-made phones – the Pixel and the Pixel XL

The Daydream View is easy to use – you simply put the phone into the front and secure it with a latch, and then slip the headset over your head and make sure it is tight enough using the strap adjustors.

The temptation is to go right ahead and start playing around, but it’s better to take small steps to begin with, not because the experience will blow your mind, but because otherwise you will get frustrated and give the Daydream View to a young relative – only to never see them again.

Along with the headset you have a hand controller (pictured above), and together with this you gradually work out how to centre the screen, important because otherwise you can spend the first 20 minutes having to look to one side to experience the virtual reality.

The Daydream app is available on any Daydream-ready phone such as the Pixel and Pixel XL, and once launched creates a menu of downloaded (or pre-downloaded) VR apps including YouTube, Street View, Google Photos and Google Play Movies in virtual reality. At present there are only a few apps available for the device, though Google says more will be coming by the end of the year.

On your first time, you should work your way through the Welcome screen – it only takes a few minutes and will ensure you know what you are doing. After that, there are various options. The apps that are either available or coming soon is

I have no idea what most of these are, and I’m afraid to say I spent the first 20 minutes using Google Street View, starting with looking at my own house, and then walking around London, which is strange, because it’s what I do every day. You can, however, go anywhere with Street View, and quickly your feet leave the earth.

You should definitely only use the device when sitting down, since it quickly tricks your mind into thinking you are where the device is showing you rather than where you are in reality, and as you walk through an empty room you may find yourself tripping up over the coffee table that in reality is there.

The experience can be bewildering at first, and certainly among the three or four people who tried it, can easily result in nausea. I didn’t find that was the case with myself, though I did take frequent breaks, and the only time I had the headset on my head for a long period was when watching a film I had downloaded.

My concerns were more mundane. Firstly the controller despite having a full charge ran out of power very quickly – sometimes within a couple of hours of intermittent use – annoying when you are in the middle of a game or an experience. Secondly, when watching a film, I found the phone over heated, causing discomfort, since the goggles can almost seem like a mask when on your head. I downloaded a battery temperature app which showed that from a resting temperature post charge of around 20 degrees centigrade, the device was heading towards 50 degrees centigrade. It may well be able to withstand that, but it drains the battery incredibly quickly, and was moving towards being too hot to hold by the time I paused the film, took the Pixel out of the mask, and left it on a cold table to cool before plugging it in to recharge.

The Daydream View is good fun, and surely a taste of things to come. I’m sure the bugs will be ironed out (particularly with regards to the temperature of the device when the app is being used). 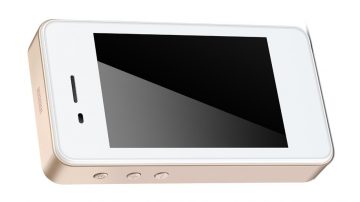