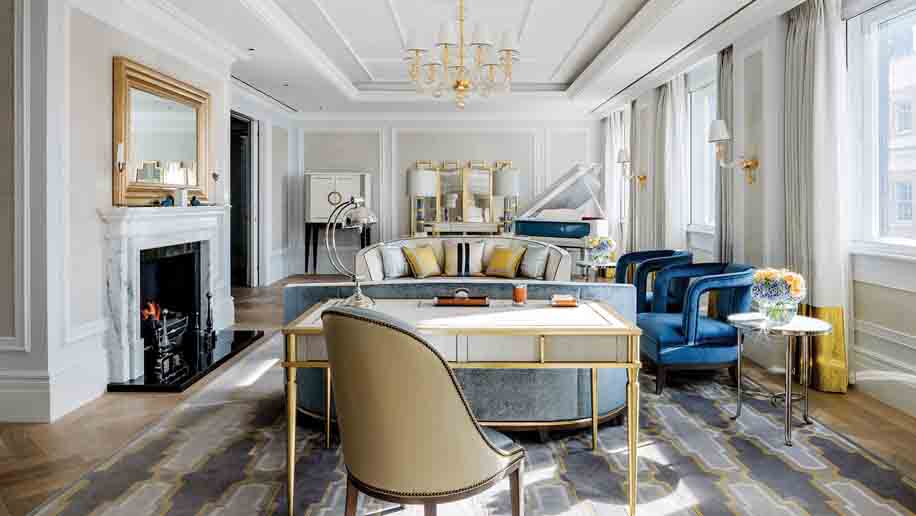 With an incredible 150-year-old history, The Langham, London that opened in 1865, is said to be Europe’s first ‘Grand Hotel.’

Even though a few years ago, the property underwent a massive refurbishment, the hotel still exudes its understated elegance. The latest addition to the hotel is The Langham Club, inspired by private lounges of the Victorian era.

Located on Regent Street, the hotel is a 40-minute drive from the London Heathrow Airport.

It is also well placed between four of the city’s sought-after areas such as Marylebone, Fitzrovia, Mayfair and Soho. Additionally, it is conveniently connected to the city’s bustling shopping streets — Regent, Bond and Oxford, and some amazing entertainment hubs and cultural attractions like The British Museum and Piccadilly Circus.

The hotel offers 380 stylish rooms, suites and apartments with kitchenettes. From featuring gorgeous marble floors, plush fabrics and detailed mirror work as well as an eclectic mix of artwork, the rooms are a blend of Victorian and modern architecture. The highlights are the large bathrooms in marble with a walk-in-shower and freestanding tub. The pantry in the guest rooms is packed with a Nespresso machine, snacks and beverages. The Sterling Suite at the hotel is one of London’s largest accommodation options spreading across 450sqm. Its exclusive services include private elevator access, 24-hour personal butler, access to The Langham Club Lounge and other Langham Club Privileges.

Tea lovers can check out the stunning Palm Court serving different types of afternoon teas with scones and sandwiches. End your day with your favourite cocktail at the decadent Artesian bar stocked with various types of rum.

The hotel is a great MICE destination in London. From hosting intimate dinners to extravagant soirees, this hotel houses several state-of-the-art meeting rooms, a lavish and well-equipped Grand Ballroom with adjoining Courtyard Garden and an al fresco space.

VERDICT One of London’s great business hotels and MICE venues. 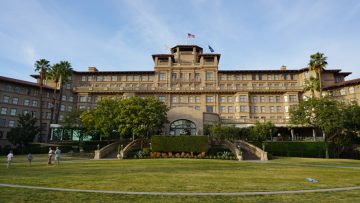 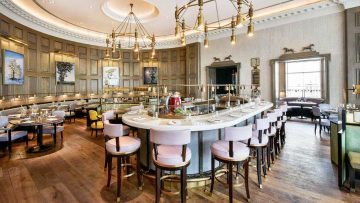 News
The Langham London to open the Wigmore pub this month
5 Jul 2017
Loading...