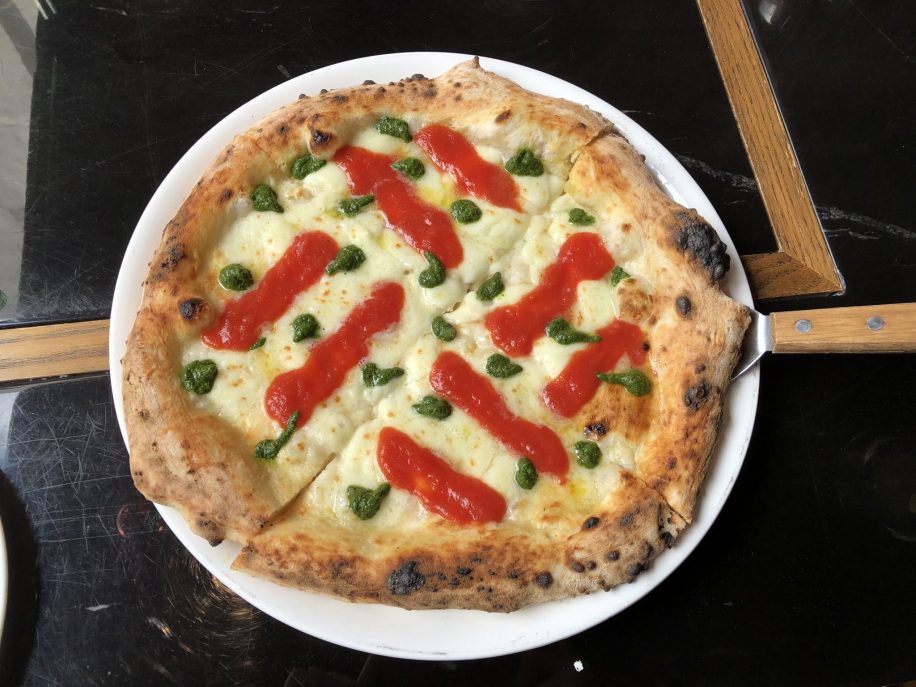 It’s a shame some business travellers’ experience of Hong Kong pizza may be limited to the city’s less glamorous offerings. A cheap, greasy but admittedly quite tasty slice of Paisanos near Wan Chai MTR station, or an even greasier slice from Big Pizza on Luard Road, are the classic post-drink stomach fillers for overindulged businessmen and partying teenagers alike, both outlets within crawling distance from some of the city’s more unsavoury watering holes.

During daylight hours, business travellers lacking a booking at a finer establishment may opt to hold a last-minute client lunch at a Pizza Express – that cookie cutter, first date- and family-friendly British chain that now has 22 restaurants around the Special Administrative Region, including the key business districts of Central and Quarry Bay. This is surely a step up from Paisanos and Big Pizza, as well as US chain Pizza Hut – which, nonetheless, gets at least one bonus point for the sheer audacity of calling its ham and pineapple pizza “Italian Delight” – but hardly the best the city has to offer when it comes to pizza.

Hong Kong, overall, lacks good pizza relative to its cousins New York City (dollar slice galore) and London (Shoreditch and Soho hipster pizza joints) in the “Nylonkong” trinity; but pizza offerings – as well as Italian restaurants generally; Pici is a case in point – have been getting markedly better lately.

Kytaly – whose odd-looking name (pronounced “KI-taa-lee”) is a portmanteau of “Italy” and “Ki”, the Japanese symbol of life’s energy – is one of the latest newcomers to Hong Kong’s pizza scene, having opened in September. The original Kytaly is on Geneva’s Boulevard Georges Favon and the Hong Kong branch is the first overseas Kytaly.

Kytaly Hong Kong’s menu offers pizzas, from classics to co-owner Franco Pepe’s signature creations, as well as a range of Italian salads and classic desserts. 99 per cent of the ingredients are sourced from Italy – from the tomato, oregano, basil, garlic and anchovies to the Fior di Latte cheese and the yeast. The kitchen is run by second generation pizzaiolo Antonio Cecere. 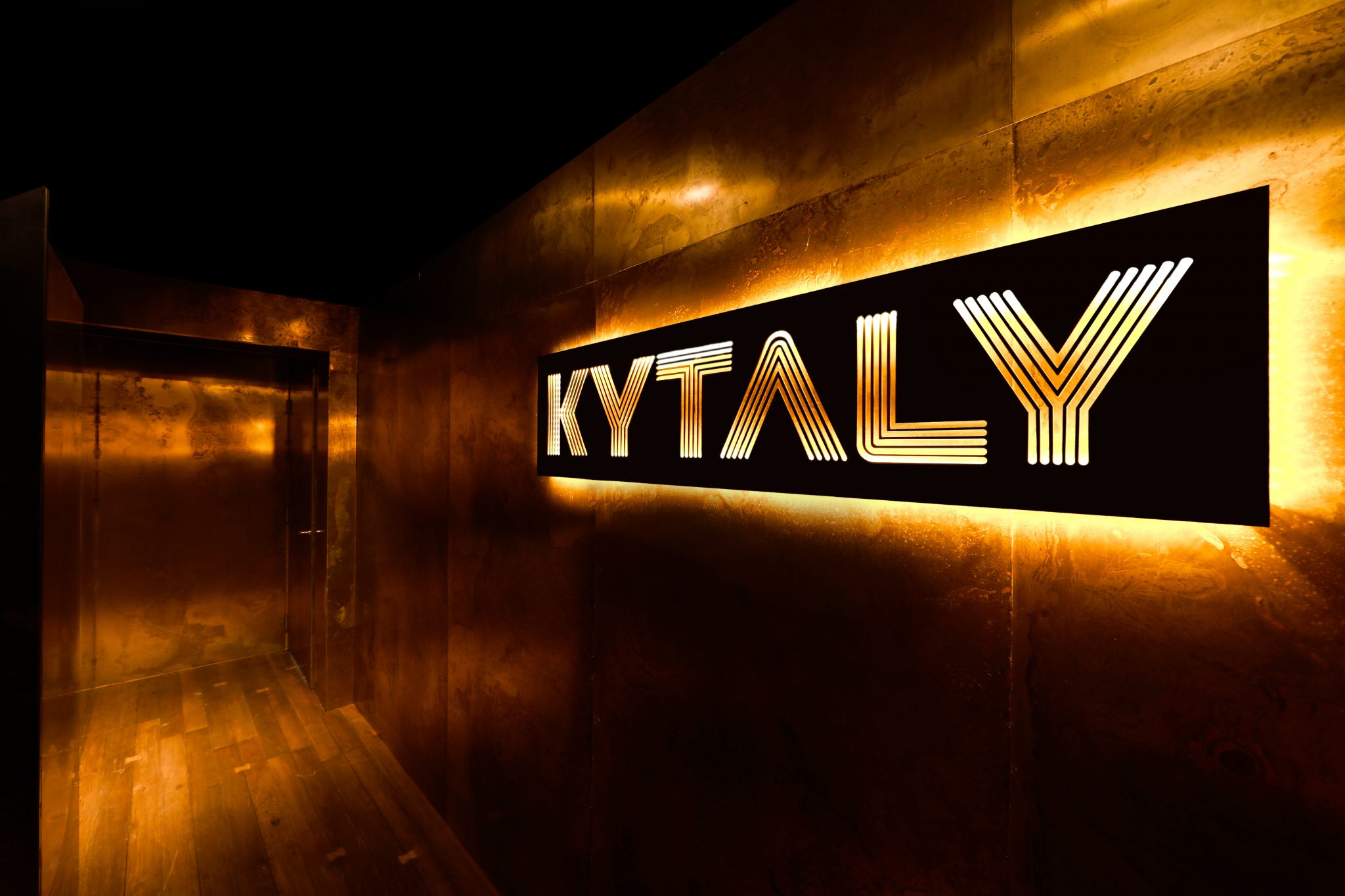 If you’re a first-time visitor to Hong Kong trying to search for the place on Google Maps, pounding the steep slope of Pottinger Street from Central MTR up towards SoHo on a stifling mid-summer day, and can’t remember how to spell the restaurant’s esoteric name, you may well find yourself wishing you had just ducked into that air conditioned Pizza Express on Wellington Street instead.

For those familiar with Hong Kong, though, the place isn’t difficult to find, being located on the bustling bar and restaurant-lined Wyndham Street.

As is common in Hong Kong’s F&B scene, bars and restaurants come and go with alarming regularity. Kytaly occupies the spot where “contemporary izakaya” Koko once was. Kytaly’s designers have redone the interior, removing the bar-style seats along the window and replacing them with couch tables. On a sunny day, the set up allows diners both inside and on the terrace to bathe in sunshine, though my dining companion found herself a tad blinded by the rays, and this was in December. I imagine in deep summer it could be rather sweltering. The terrace doors can be closed, though, and the air con whacked on when the mercury rises.

When I arrived around 12.30pm on Tuesday, an energetic lunchtime crowd was already enjoying the sun drenched terrace overlooking new heritage and arts centre Tai Kwun, leaving the shadier sofa-type tables inside where I sat mostly unoccupied. The sofa seating feels a tad too exposed, with terrace diners looming a little intrusively over you, while seating on that terrace is somewhat tightly packed, so for an ultra-discrete business meeting this may not be the place – but who wants to discuss serious business over pizza?

First up was the Ciro (HK$158), which resembled an ice cream cone filled with melted pistachio and vanilla ice cream. Thus it was about as easy to eat as an ice cream in this stage of decomposition – don’t order this if you trying to woo a new client, or wearing your Sunday Best. It tasted great though: the deep fried cone was, surprisingly, not greasy, and the Grana Padano DOP 12 months aged cheese, rocket pesto, black olive powder combined for a morish flavour.

Next came the first pizza proper, the Margherita Scarpetta (HK$288), topped with Mozzarella di Bufala Campana DOP, cream of Grana Padano DOP 12 months aged cheese, three tomatoes compote, shavings of Grana Padano 24 months aged cheese and freeze dried pesto. The tomato sauce, in which shards of the Grand Padano were embedded, was the highlight, mainly because of its freshness. 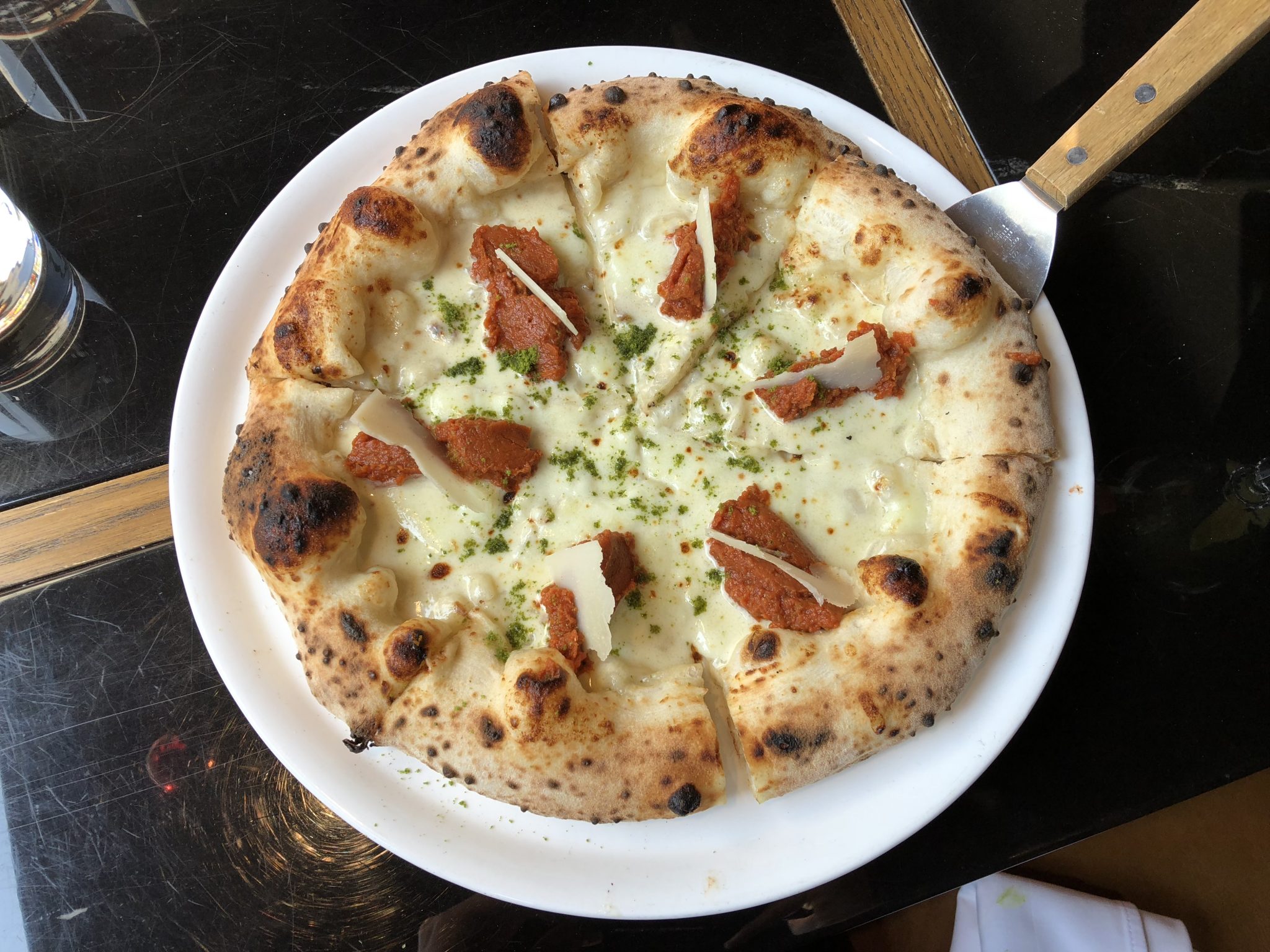 Second pizza was the Alletterata (HK$300), topped with Mozzarella di Bufala Campana DOP, Alife onion cream, Tuna Alletterato, ice-cooked celery and extra virgin olive oil. The crust was a little too blackened in places, and I was skeptical of the tuna and celery combo, but it actually worked. Dabs of Alife onion cream complemented the fish and vegetable well, though it didn’t help that they gave me a whole spoonful of the stuff to try first, numbing my palatte somewhat to smaller doses of it. 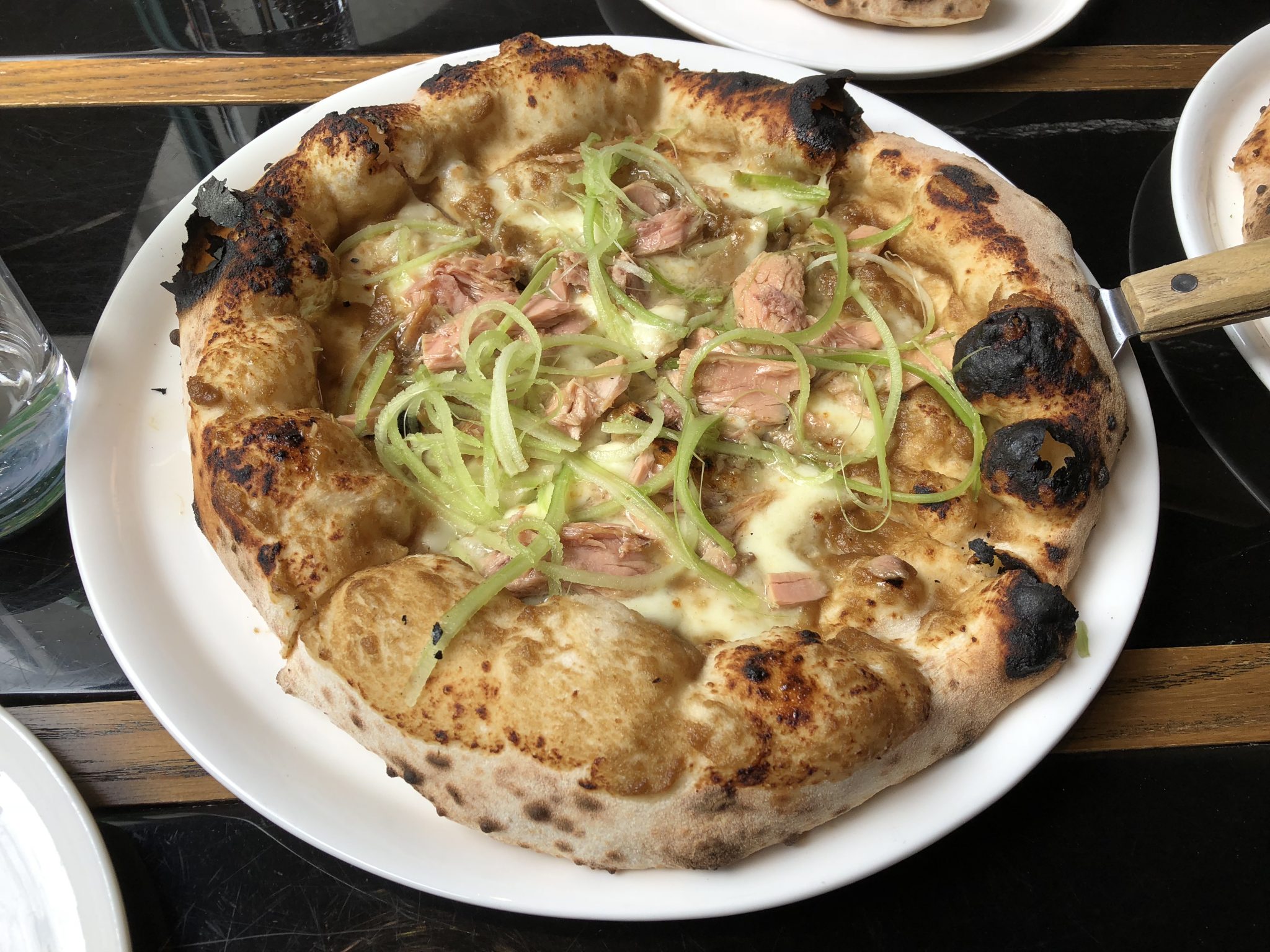 Third, and most anticipated, was the Margherita Sbagliata (HK$200). This pizza has been voted the best in the world by Italian website 50 Top Pizza. The presentation was excellent, with the red tomato sauce spread in appealing sausage shapes and the green pesto spotted around neatly. Best in the world? That’s for greater palates to judge – but I couldn’t find anything to fault with this pizza. 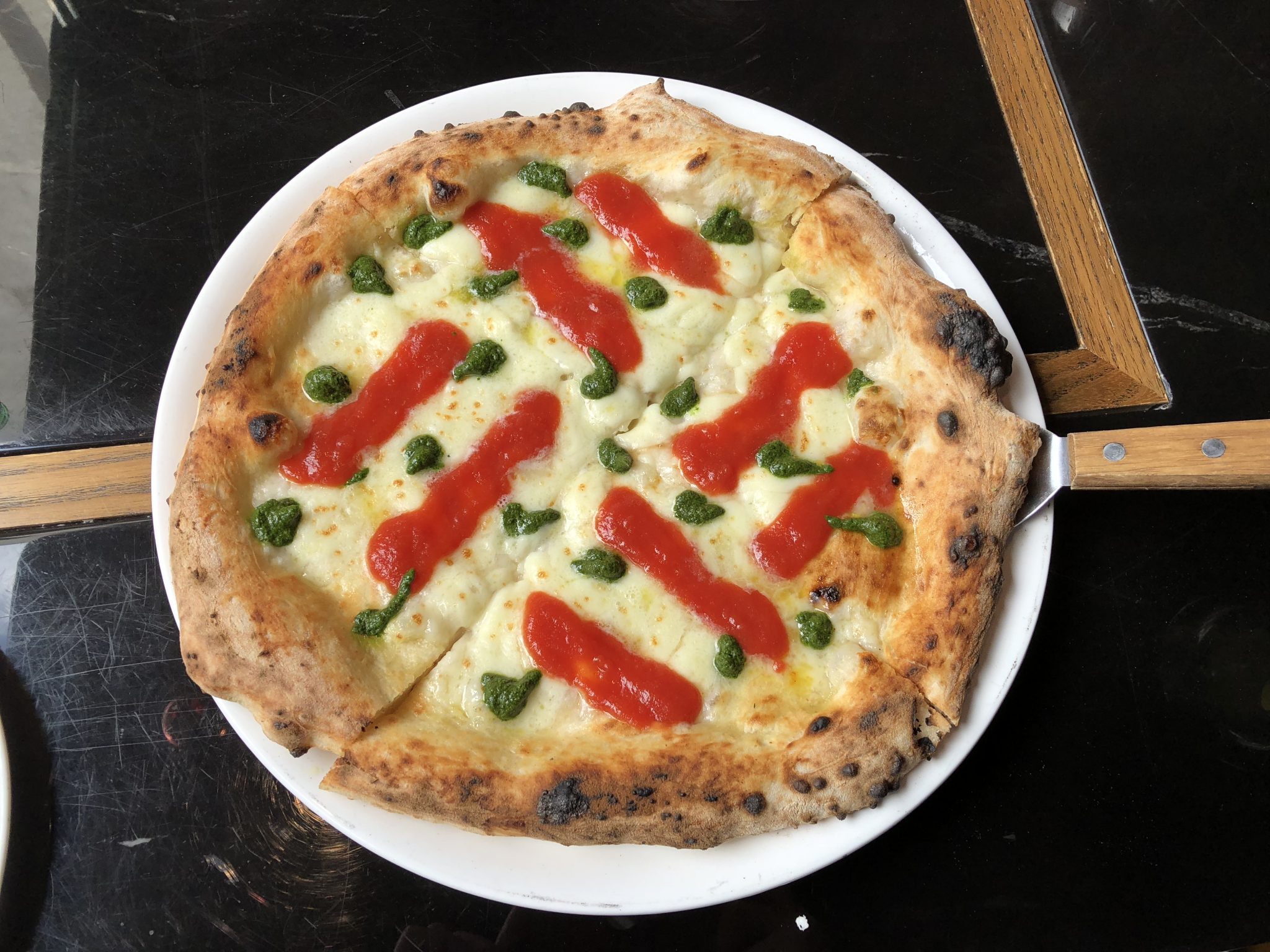 By the way, the dough of these pizzas is 70% water, and they’re baked at 450 degree celsius for just 90 seconds. You won’t get bloated easily on the crust.

For dessert, I opted for the nutella tiramisu (HK$120), which was astonishingly thick but rather exquisite if you combine a mouthful of the nutella topping with the tiramisu. Definitely one for sharing, though.

Consenting to add at least one 50cl bottle of Acqua Panna or San Pellegrino at HK$48 to your bill is probably de rigeur at at place like this.

For aloholic drinks, try the Negroncino, which is Kytaly’s take on a negroni; or a Martiniano, its twist on the classic martini, using Japanese wakamomo peaches.

The total of 17 classic cocktails come with a free postcard, labelled with the price of the drink. It’s a nice old-time touch, though the postcard proffers two hashtags for use on Facebook and Instagram, which murders the old-time vibe in cold blood.

Staff were friendly and explained each pizza when it was served. The highlight, though, was Nepalese bartender Sandesh (whose nickname is “Lion Cub”), who artfully mixed our cocktails with just the right combination of flair and humility. 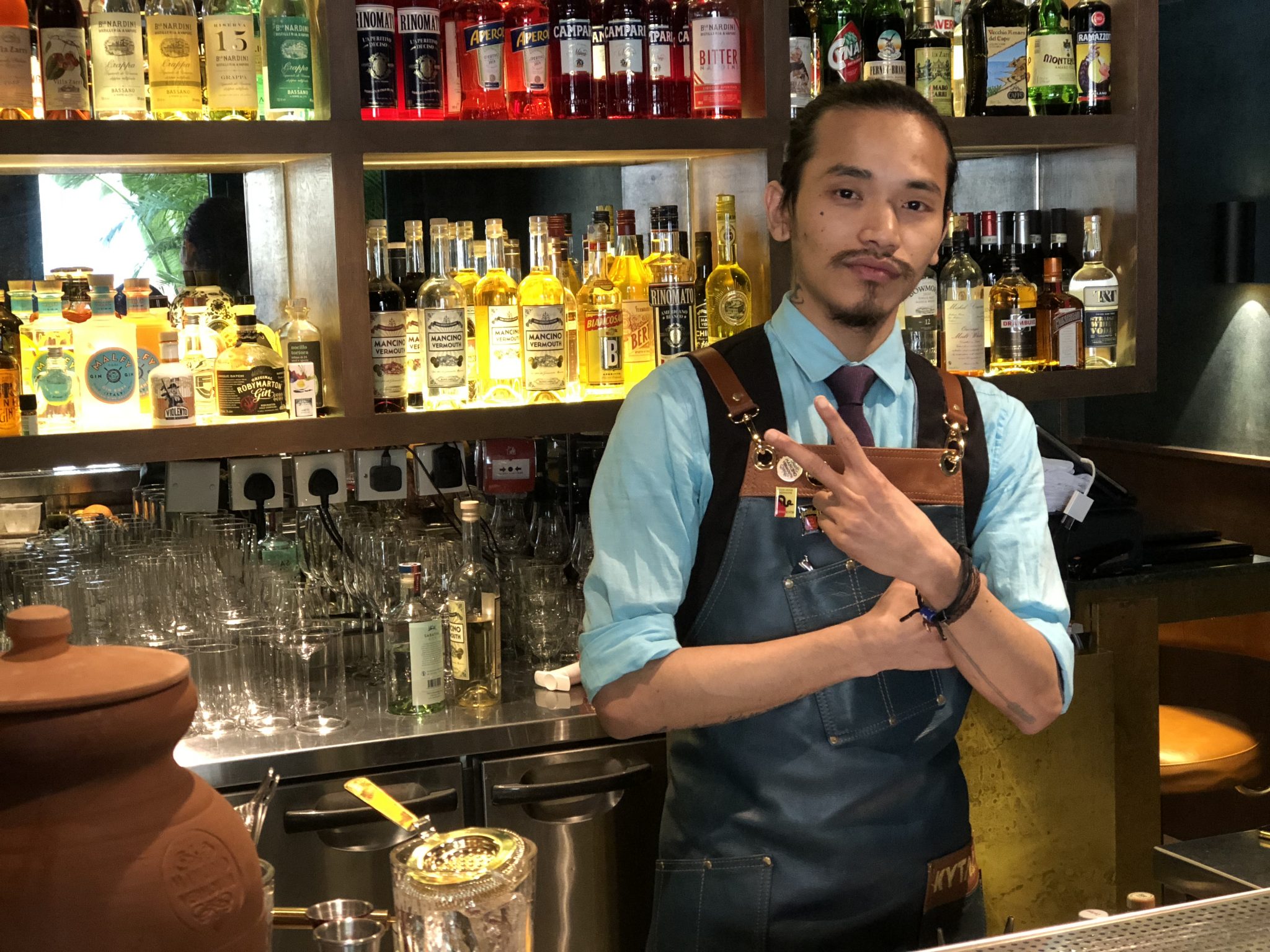 Verdict: Definitely among the best pizza to be had in Hong Kong, though that is reflected in the price.

Price: For three-course dinner, between HK$450 (US$57) and HK$924 (US$118) per person for three courses, including one whole pizza each, mineral water and an espresso (no alcohol and service charge not included). 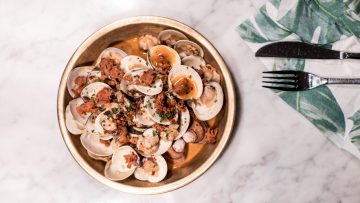 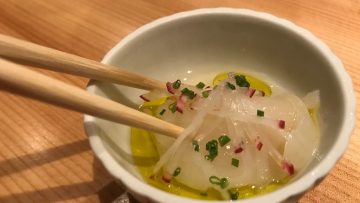 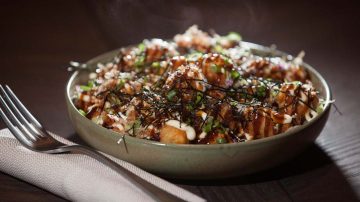 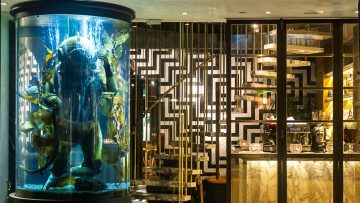