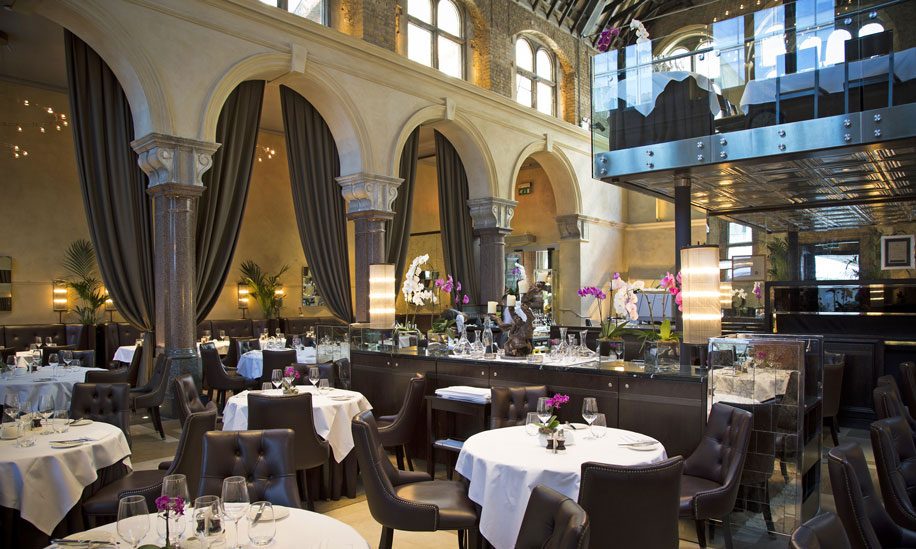 This was a warm Friday lunchtime in May, and from Liverpool Street and past Broadgate Circus, office workers were out for lunch, queuing out of sandwich shops, gathering in every sun spot outside pubs and bars, or strolling about in the large paved area north of Spitalfields market. The La Chapelle building is to the north east of the market, and has several entrances off Spital Square. I obviously came in the wrong one around the back by walking through a covered terrace area and straight into the restaurant. My companion had already found our table so I was sitting down before the staff could have a chance to interact, but they handled the situation with a confident ease and that continued throughout the meal.

From the outside the Chapelle simply looks like on the many old buildings retained during the widespread redevelopment of the area over the last decade, but inside it’s a very arresting renovation, with a huge high ceiling and a wooden roof structure like the inside of an upturned boat. This is the Grade II listed St Botolph’s Hall, dating from 1890 and very nearly demolished in 1980 – bulldozers were outside with orders to do just that, apparently . The La Chapelle name comes not from its previous existence (it was used by the Central Foundation School for Girls) but from a 13th century French chapel in the Rhone Valley, southern France which is also where Hermitage La Chapelle originates from. The restaurant has a collaboration with Maison Paul Jaboulet Aine and stocks some very impressive vintages (see below).

There are three parts to the restaurant – the main hall, a cocktail bar in the old Curate’s House and an all-day café that I had inadvertently walked through to enter the restaurant. I thought there was a fourth area up some stairs on a mezzanine level but this is where the washrooms are placed, though there is also a private dining area up there. 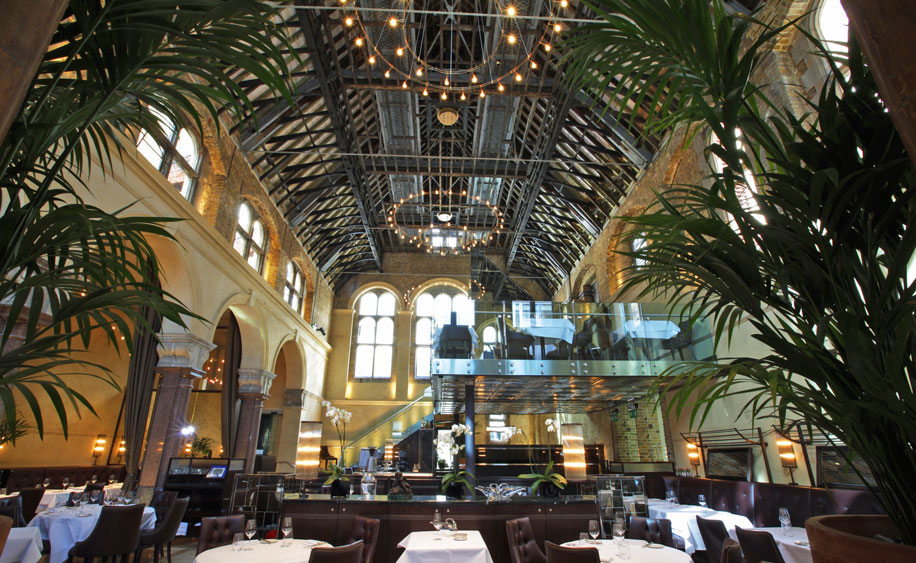 The menus change with the seasons, and since we were right at the tail end of Spring, we caught the end of that menu, though neither the portions or the food itself was too heavy for what was a very warm day, though chilled white wine probably helped.

My beetroot salad was delicious while the trout had a lovely flavour accentuated by the capers.

The wine list is outstanding, including verticals of Hermitage La Chapelle. If you are feeling flush, you could try a bottle of 1961 Hermitage La Chapelle for £19,500. We had a 2015 Viognier “Le Paradou”, Château de Pesquié for £30, one of a triad of choices from the sommelier ranging from that up to £90, though tactfully suggested.

The service throughout was excellent, with staff always there when you needed them and disappearing when you didn’t. 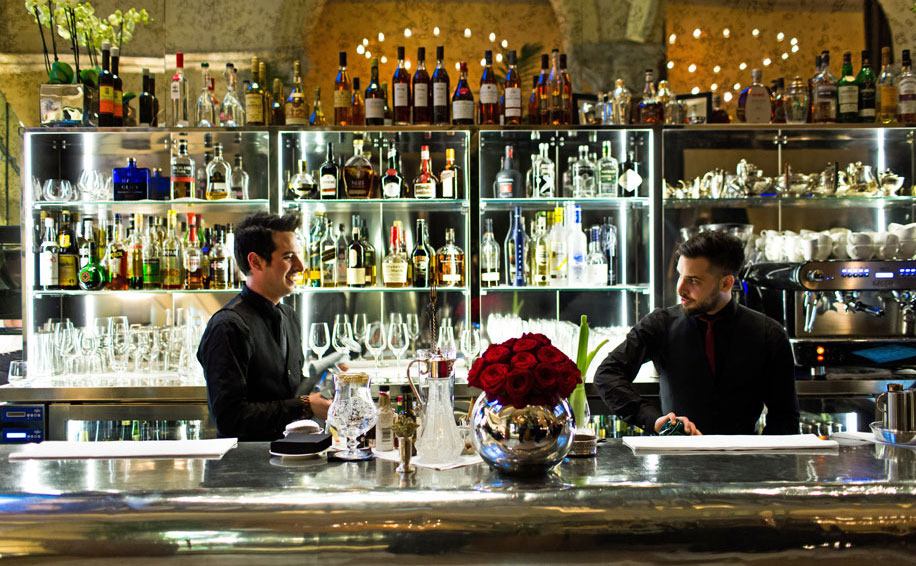 Excellent. I’d heard good things from friends who have been over the years and wasn’t disappointed. The set lunch is great value for cooking and service of this standard, and the building is beautiful, thank goodness it was first saved and then renovated in this way. 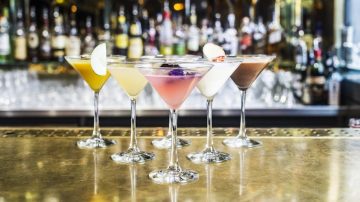 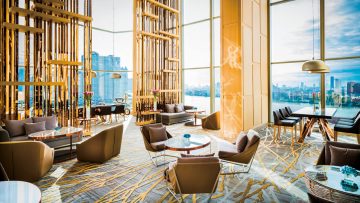