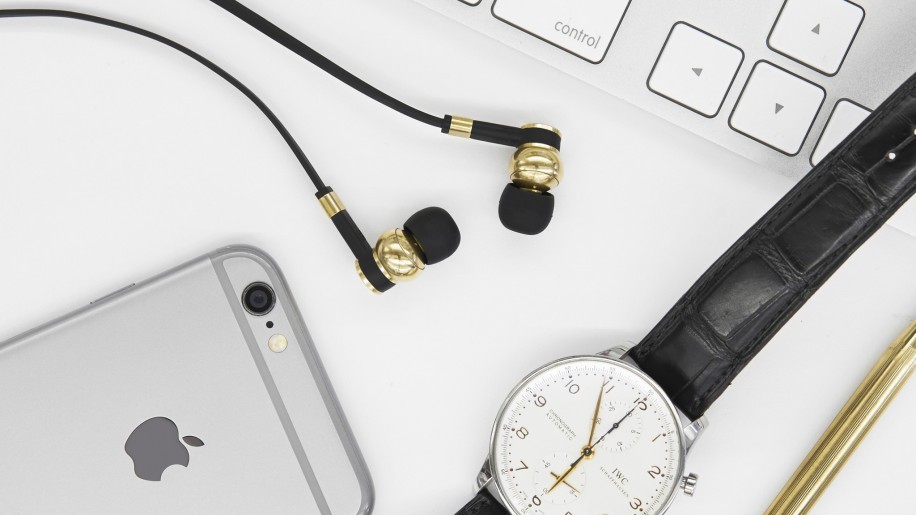 Taking on the likes of audio lifestyle brands such as Beats by Dr Dre (now part of Apple), is New York-based Master & Dynamic, a relatively young company that launched in 2014 with a range of design-led headphones.

I tried out a pair of its ME05 earphones, which are handy for travelling as they are so tiny and light at just 23g. Launched last September, the buds come with silicone tips in four sizes so you can find the right fit for your ears, while casings are in gold-coloured solid brass. (They also come in more subtle silver.)

I liked the fact that they looked a little more like jewellery in this respect, so predict they will be more popular among younger fashionistas rather than mature suits.

There isn’t anything cutting-edge about the ME05s – they aren’t wireless nor noise-cancelling, for example. They will plug into the in-flight entertainment systems on planes, which is useful, but they won’t be that effective at blocking out engine noise.

Sound quality is clear and fresh, with good bass for technology as pill-sized as this. I found they were best suited for use in the office at your desk or on the daily commute.

They are okay for the gym or running, but they didn’t fit as tightly as I would have liked even with the smallest bud. The shape is more rounded that others I have tried.

The black rubber lead, shaped like a strip of tagliolini pasta, is good in that it doesn’t tangle easily but had a grippy texture I didn’t really warm to. The plasticky control/mic also felt cheap. The earphones come with both a canvas bag and leather storage box.