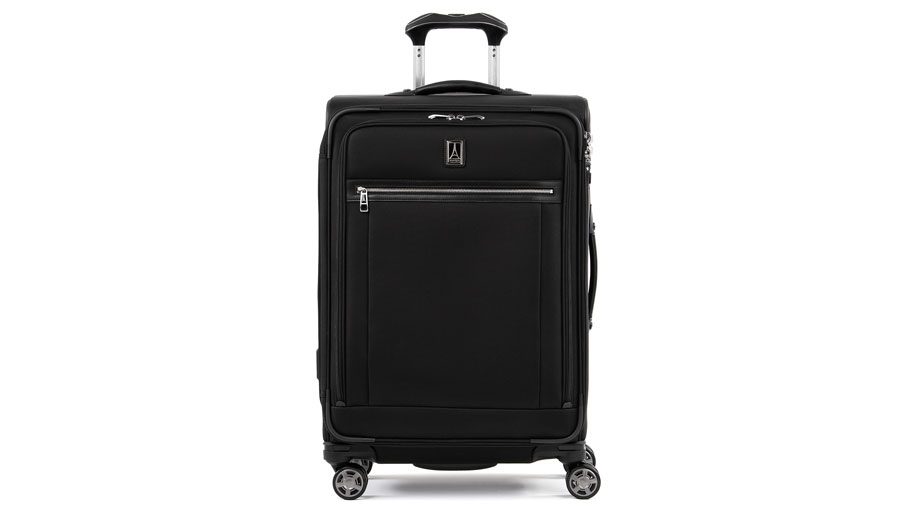 I can chart the decades of business travel through the evolution of luggage technology. When I started, I carried my bags. Wheels were unreliable, and in any case (ha ha), only of any use when surfaces were flat. A few streets of rough pavements soon convinced me that it was better to have a bag that was easy to carry rather than a suitcase that was difficult to carry and even more difficult to drag behind me with a couple of near-useless wheels jamming with the smallest bit of grit. And of course if the wheels fell off…

Fast forward a few years, and wheels had improved, and perhaps the surfaces in trains stations and airports too. I gradually replaced the bags with no wheels with bags with two wheels. In part this was because I was getting older and weaker, and had hurt my back (not from carrying things, just the general strain of life, the weight on my shoulders… [insert specific moan here]).

Then four-wheel cases came along, or ‘spinners’ as they were misleadingly called, since few of them would have spun even in a centrifuge. These models have gradually improved over the years, and so now the majority of my cases have four wheels (or sometimes eight if they are grouped together in pairs at each corner). But they aren’t perfect, and when the ground is rough or there are road edges to negotiate, sometimes you have to drag the case behind you.

This TravelPro case (part of their Platinum Elite range) is the best four-wheeled case I have tried. It comes in three different sizes; 55cm (carry-on), 71cm and 83cm. I had the 71cm one, the medium-sized version, and which I quickly filled up until it weighed 20kg (this size weighs 4.4kg when empty).

What makes it different? Well, it’s the Precision Glide System which gives the smoothest rolling wheels I have come across. My travelling companions soon got used to me pushing my bag well ahead of me, and then walking quickly to catch it up, impressed by the easy way it wheeled ahead of me and kept a straight line while doing so.

It achieves this by having magnetic wheels which self-align. This avoids the dreaded “rogue wheel” issue. The wheels are of a good size, and their larger diameter means it can handle uneven surfaces better. During the test I took it on the underground, the DLR and also various Swiss trains of varying sizes all the way up into the Alps. Once there I tried it on dirty frozen snow, a gravelled car park and then finally back via London City airport and then several trains back home. It handled it all. 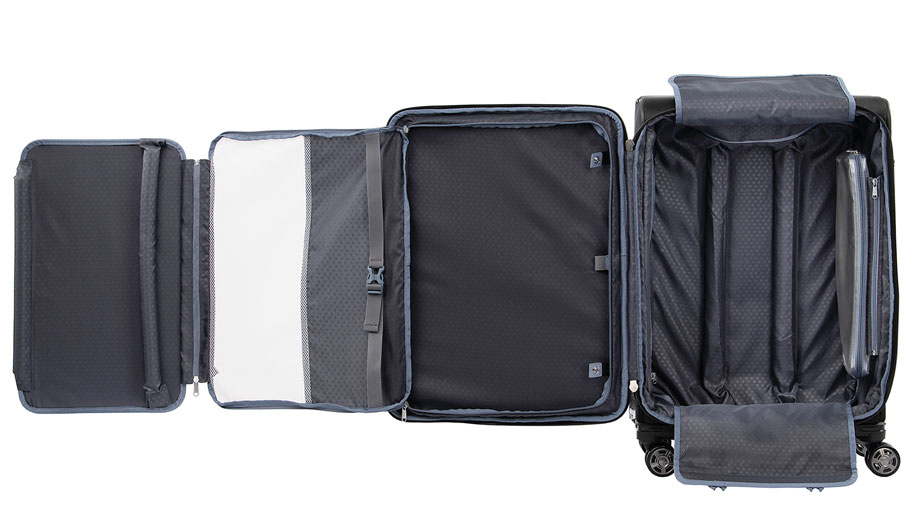 The case also has an extension handle which can adjust to four different stops (at 36”, 38”, 40”, and 42.5” inches), meaning no matter what height you are it is comfortable to hold onto and pull. It also means your backpack or laptop bag can sit on top of it. There’s a good contoured handle with a rubberized grip making it comfortable to control.

Inside it has a built-in suiter, a couple of integrated accessory pockets and a tie-down system. The case has a tapered expansion option, which provides a few extra inches of packing, and also, crucially, has been designed so that the bag doesn’t topple over when you use the extra space. As is standard now with top end bags, there’s an integrated TSA lock. The top and side carry handles are leather, as well as a bottom handle cup. 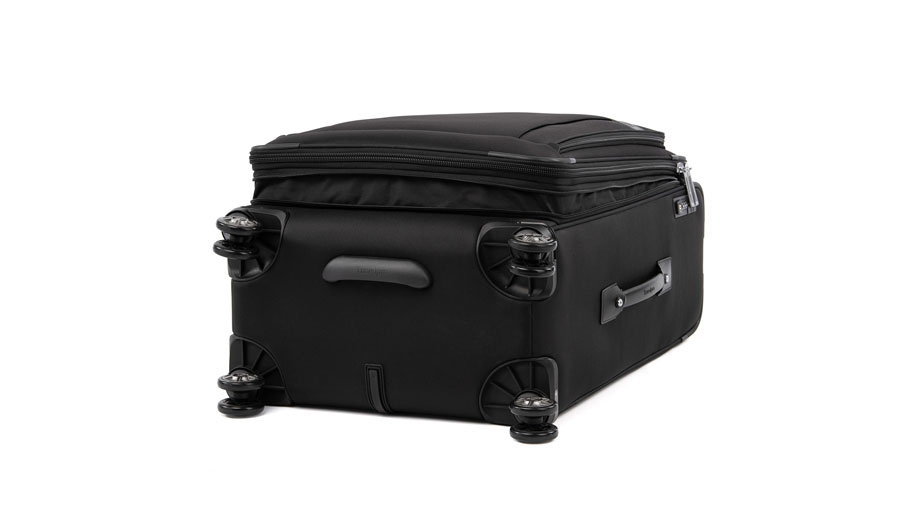 The exterior is made of high-density nylon fabric with DuraGuard, which helps resist stains and abrasions. This was noticeable during our return to London City, where the bags surely must have been left out in the rain judging by the state of some of them when they finally appeared onto the carousel after a 30-minute wait. While some of those bags had been soaked right through, this bag was only damp with the water beading on the outside material.

Finally, it has a 10 year limited warranty. The bag comes in a choice of three different colours: shadow black, vintage grey and bordeaux. I had the shadow black. 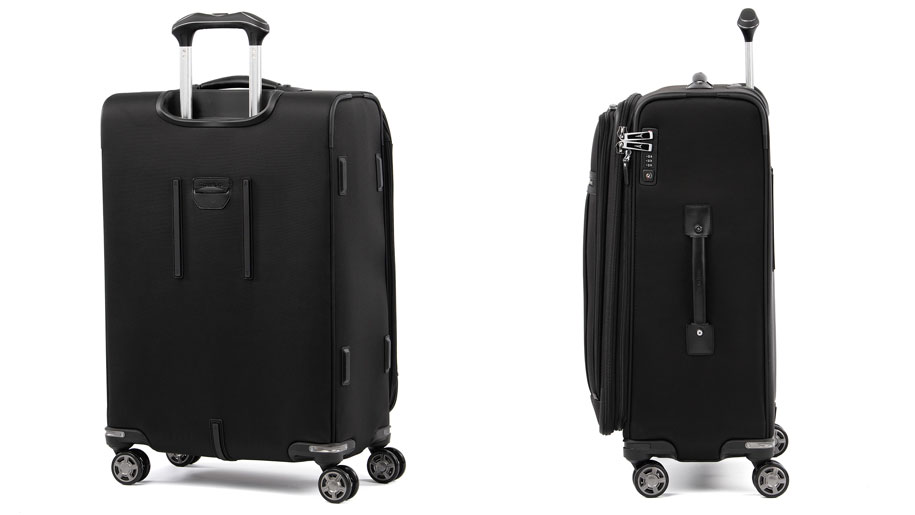 A very good bag. Expensive, but worth it. Easily the best spinner I have tried. 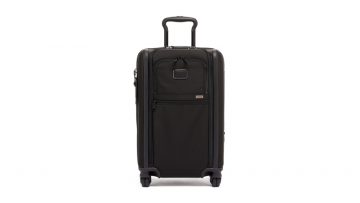 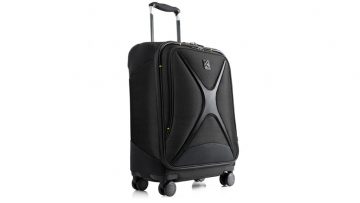 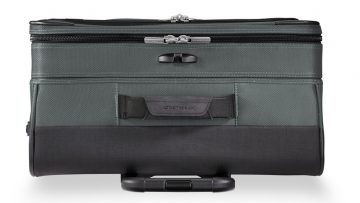 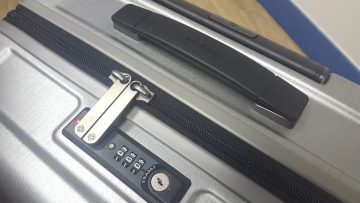