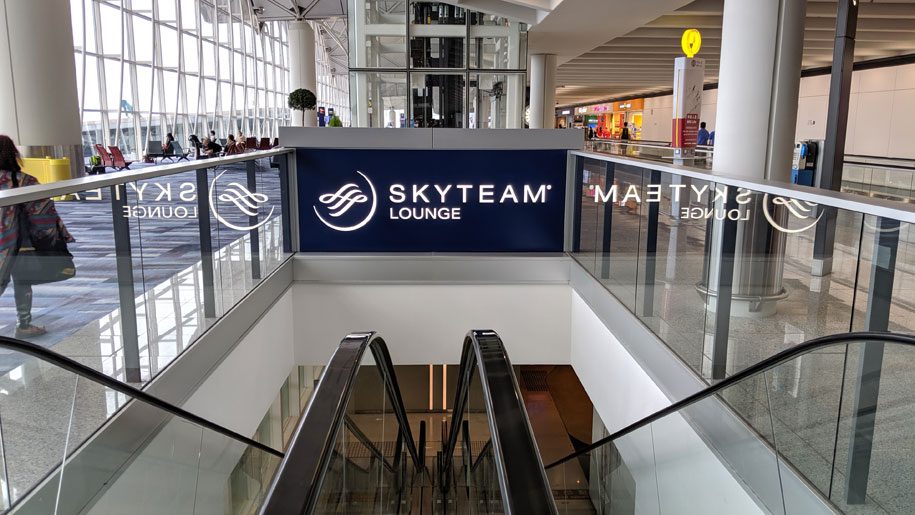 In airports where Skyteam doesn’t have a home carrier it can use the lounge of, it opens a Skyteam Lounge. You can find a list of them here: Skyteam Lounges

Last year we wrote about new lounges planned for Santiago, Chile and also at the new Istanbul Airport, though I can’t find any details about their current status at the moment. If this changes I’ll update this.

Anyway, there are other ones in Dubai, London Heathrow, Vancouver, At one time these were branded as Skyteam Exclusive Lounges, but that seems to have been quietly dropped from the styling.

This Hong Kong lounge opened in 2015

Located near gate 5, the new lounge is positioned below the Departures level and is accessible via escalators. A little to the right is the entrance desk where your credentials will be checked.

There is also a two deck rack of magazines and also newspapers here, although it would perhaps be more useful having it in the lounge since you have to walk back to reception to get the magazine or change the one you are reading. The toilets are also towards the entrance, and some showers as well. 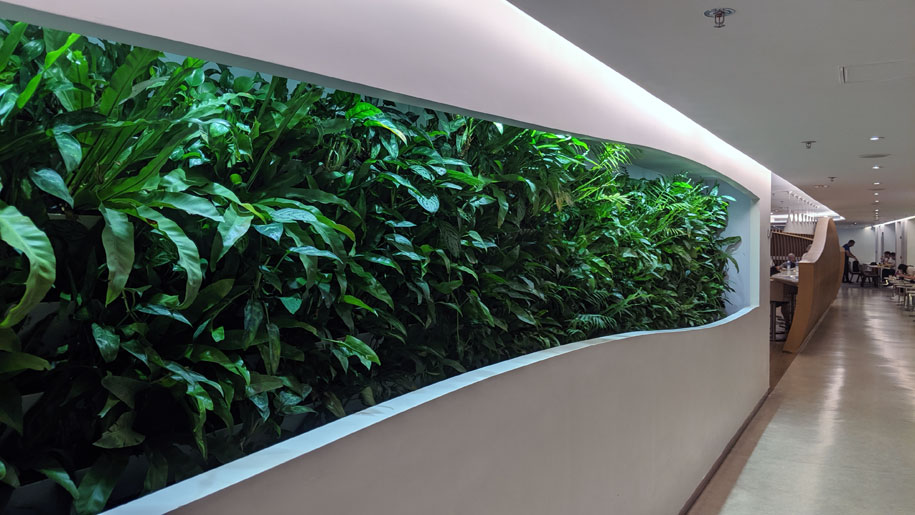 The design is similar to the other Skyteam Lounges, with distinctive ‘green walls’ which are very welcome considering this lounge is down an escalator from the gate level and therefore has little or no natural light. In shape it is one long thin room, though the design does much to disguise this fact until you’ve waked to the end of it.

Like the Skyteam Lounge at Terminal 4 Heathrow, your experience depends on the time of day and how busy it is. On a previous occasion it was so busy the only chair I could find to sit at was at a low table already occupied by a couple who were very welcoming and friendly, and taught me the card game Fluxx.

This time I was there mid-morning, and the lounge was busy around the food counters but quieter further away, although it got busier as we moved towards lunchtime. 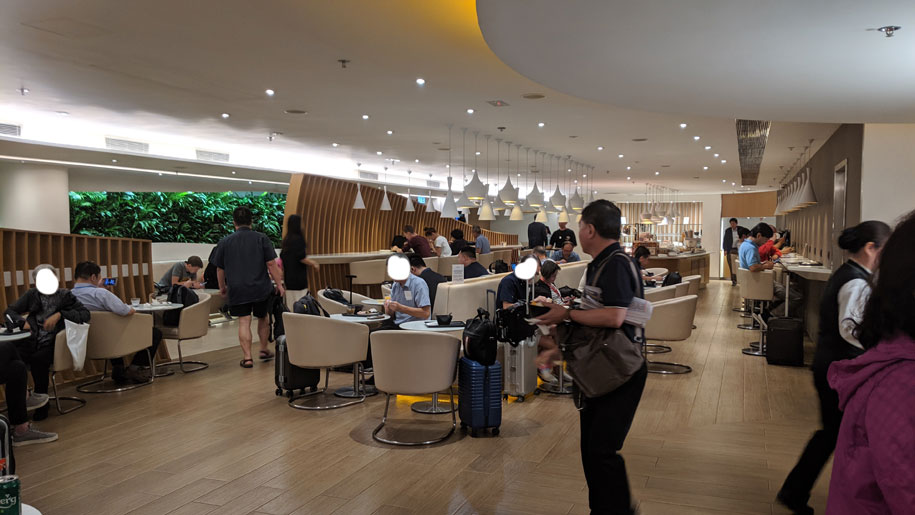 There’s a live cooking counter where you can get a few different dishes – in the morning this included congee, which I avoided, but also a lovely noodle soup which was just what I needed. There’s a decent selection of drinks, both soft and alcoholic, and the buffet at this time of the day was mainly breakfast items including some crispy looking bacon and scrambled egg, as well as a cold buffet with salads.

In places the lounge is showing its age due to heavy use. There are lots of charging points – almost by every seat, but many of them are taped up because they do not work (presumably) and even at the one I used, although the plug worked the USB charging did not. That said, the place was kept very clean and a team of people kept clearing up after passengers.

My tip would be to walk almost to the end of the lounge, and then take a left where’s there’s an area that’s the last to get busy (it was here that I learned to play the card game). There are fewer charging points, but it’s a little less noisy from the clattering of people serving themselves food and drink, and you could even doze there for a while, though remember that flights aren’t called from the lounge, so keep getting up to look at the screens.

This time I sat in the main area between a Russian noisily blowing his nose and an Asian gentleman inhaling some congee, both over a prolonged period. Despite being sober, I’m afraid I did get the giggles. They probably both thought I was unhinged, but we have to get through the days somehow. 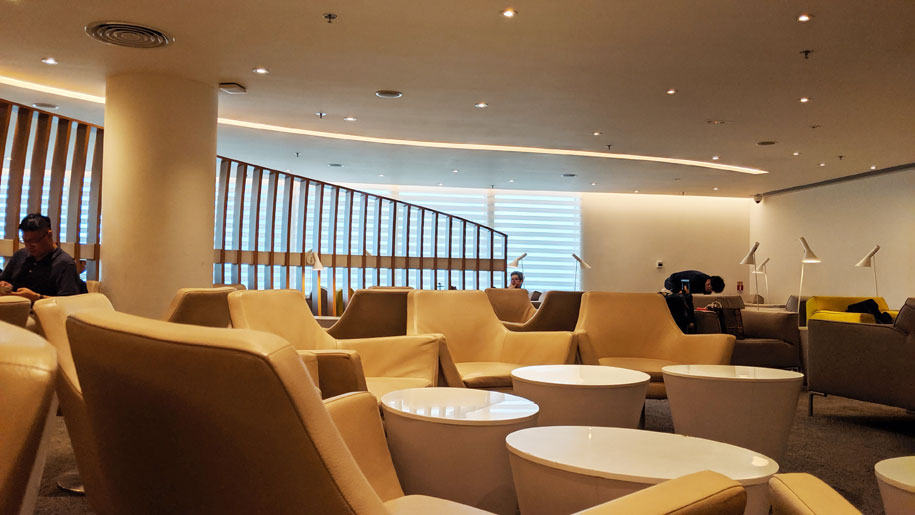 This is like the other Skyteam Lounges, hard to get excited about, but pleasant to use. The staff work very hard on keeping it clean and tidy and do a good job.