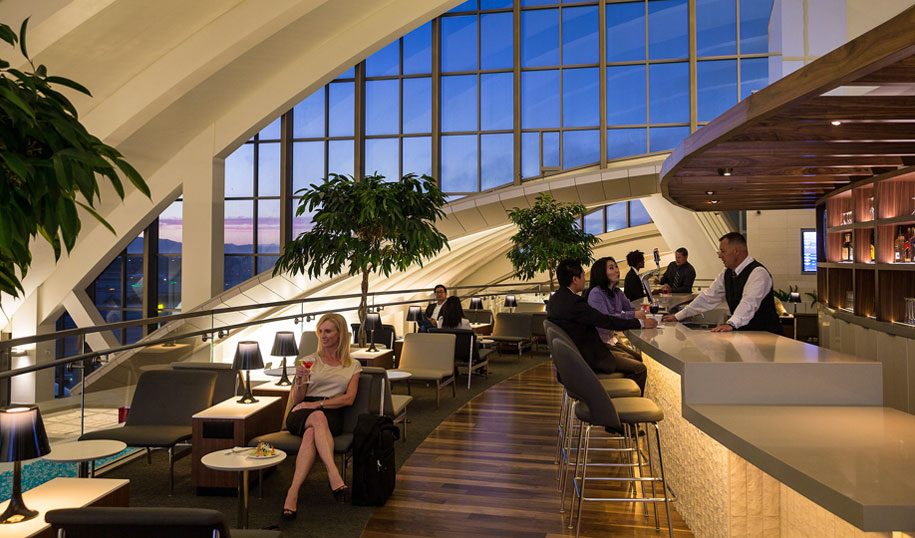 It’s fair to say that most American airport lounges are a disappointment. Dated in décor, lacking in amenities, sparing with alcohol and hot food, their main attraction is they are slightly less awful than the airports in which they are situated.

There are notable exceptions — the lounges of European carriers in international gateways in the US are often worth relaxing in, and Delta’s new flagship Skyclub lounge at JFK has real style (see review here).

The new Star Alliance Lounge at Los Angeles International Airport (LAX) is a another highpoint, however.

Opened at the end of September, the 1,675 sqm lounge designed by architectural firm Gensler has been created both to provide a haven from the airport, while taking advantage of all the new features of the Tom Bradley International Terminal (TBIT).

So while there are quiet areas such as a study, a library, and even a media “Den”, there is also a balcony looking out towards the giant windows over the new west Gates where A380 superjumbos ready themselves for departure, and huge interactive multimedia LED screens provide entertainment for waiting passengers.

The new lounge has a dramatic entrance accessed either by the “Time Tower”, a giant 72-feet high LED wrapped elevator shaft showing specially-made interactive multi-media videos, or an escalator which gradually reveals a glowing wrap-around wall leading to the reception desk.

In addition to the internal balcony overlooking the new retail hub of The Great Hall with its shops and restaurant, the lounge also has an open air terrace (non-smoking, of course) with views of LAX’s northern runway and off towards the Hollywood Hills. The area has an outdoor bar (unstocked when I visited) as well as fire pits and a water wall.

The design of the lounge is inspired by a contemporary interpretation of modernist LA architecture of the 1950s and 1960s. On the way out to the terrace there is a “Pot and Sticks” garden, while black and white photos, inspired by LA and shot by renowned photographer Peter Lik, complement the Alliance’s corporate colours.

The lounge also has repeated design motifs including the Star Alliance logo and the LAX theme building which was renovated in 2010 and for which plans are still being made to turn into a restaurant.

On the walls, quotes from famous LA residents also help set the lounge in its context, including ones from Mayor Tom Bradley, and Frank Lloyd Wright.

The lounge is particularly useful for those transferring on flights, with eight shower rooms, free wifi and printing, fax and copy services on request. Traditional power outlets are supplemented by USB power ports to recharge mobile devices, and tablet computers are available on request for use in the lounge.

The lounge is managed by Star Alliance member carrier Air New Zealand, which currently is still in Terminal 2 rather than in the Tom Bradley International Terminal, although apparently a move will happen in 2014 when its Koru Lounge in Terminal 2 will close.

Eight Star Alliance member carriers operate out of the Tom Bradley International Terminal. These are:

In addition to the new lounge in the TBIT, Star Alliance member carriers offer the following lounge facilities at LAX:

LAX represents one of Star Alliance’s main international hubs in the US and is served by 15 member airlines (in addition to the airlines operating from TBIT, these are Air Canada, Air China, Avianca, Copa Airlines, United and US Airways). Together, they offer around 485 flights daily in and out of LAX to 85 destinations in 18 countries.

To read a review of the Oneworld lounge at LAX, click here. 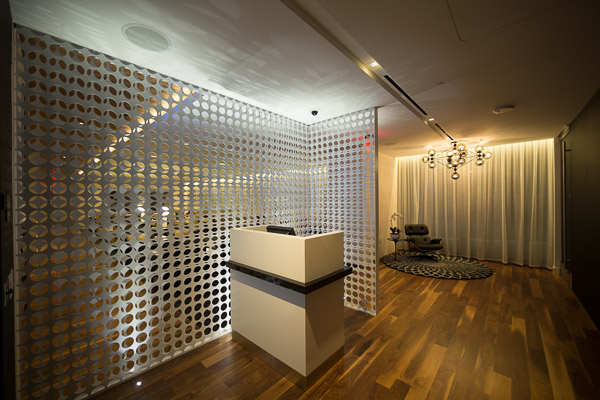 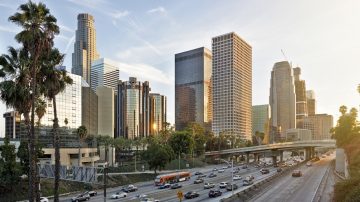 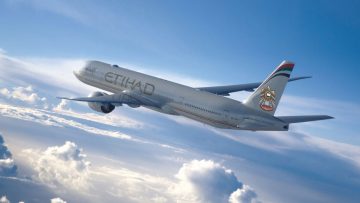