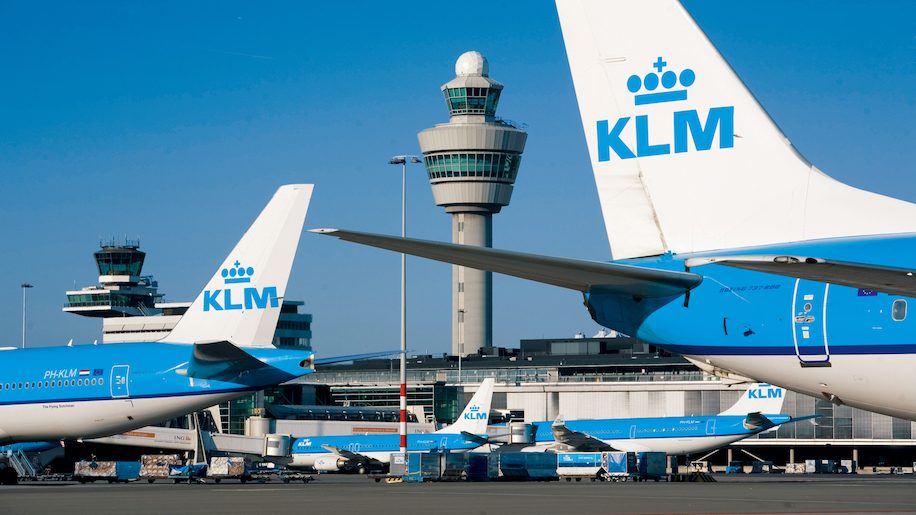 As I was transferring in Amsterdam from a flight from Havana, I was already checked in and my luggage-through-checked to London. The plane landed in Amsterdam Schiphol on schedule at 0830 and I entered the terminal at 0910, with one hour 20 minutes until my connecting flight to London at 1030. However, upon arriving at the gate, I found it was delayed until 1145 because of fog at Heathrow. To kill time, I had breakfast at one of the pleasant cafes in Schiphol’s single terminal.

Boarding started at 1115, with priority given to business class and Sky Priority passengers. I joined the economy class queue early on and was crossing the airbridge after having my documents checked at 1120. I was in my seat 19A by 1128.

This B737-800 is configured with 32 rows, with the front five assigned to business class. Seats are arranged 3-3 with the middle one kept free in business. The product is firm yet comfortable, and upholstered in smart royal blue fabric. There are fold-down tray tables on the back of each seat that are wide and solid enough to work on a laptop. Exit rows in the middle of the plane are 15 and 16.

Sitting nearer the front means you will disembark sooner, as well as get food and drink quicker. For a flight as short as this you probably won’t need to bother about paying extra to book a particular seat.

Take off was a little later than anticipated and there were further delays over London as we were held in a holding pattern. I was so tired, though, I slept through it all. There was a snack service midway through the flight with tea, coffee, water and cake handed out.

We touched down at 1305 (1205 local time) after a flight of about one hour (it should have been 45 mins). There was a few minutes’ taxi to our stand and disembarkation via an airbridge but the e-gates at immigration and luggage reclaim were quick. I was landslide by 1230.

The delay to this flight was not KLM’s fault but it was pretty miserable to have to endure at this late stage in a long journey. Other than that, it was a perfectly good short-haul service with professional crew.