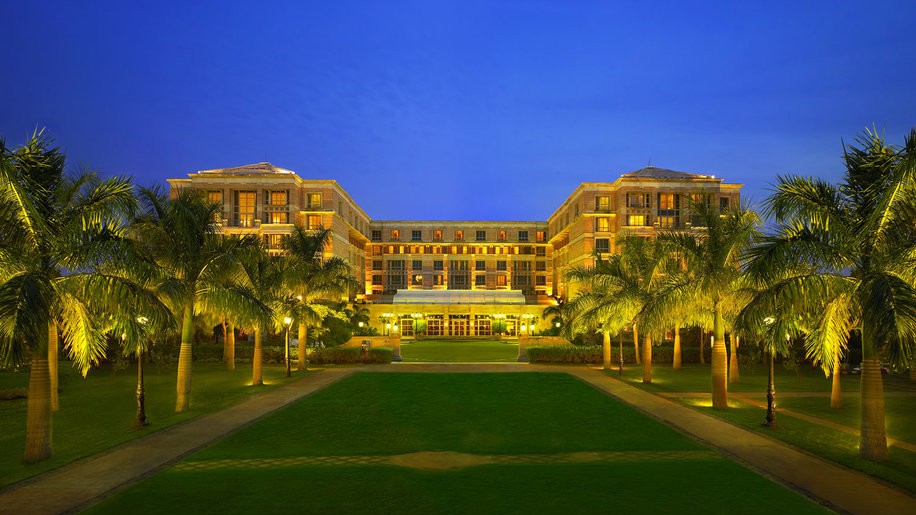 WHAT’S IT LIKE? A modern hotel built in a neoclassical style with columns and a large palm-court atrium. The property, which opened its doors in 2001, has 386 rooms and suites. It is operated by ITC-Welcomgroup but is branded as part of Starwood’s Luxury Collection.

FIRST IMPRESSIONS I had arranged a hotel transfer and was picked up at the international airport by car for the five-minute journey to the hotel. I arrived at 11.30am and was met as I got out, escorted to my room, and swiftly checked in. The hotel has six floors but in the lift they are strangely numbered “L” and “11-16”. I was in my room five minutes before the butler arrived with a welcome drink of fresh orange or lime juice and a cold towel.

ROOM FACILTIES There are four room categories – Executive Club (35 sqm), The Towers (40 sqm) in the new wing, ITC One (51 sqm) and Suites. The Towers and ITC One include lounge access, butler service, the pressing or cleaning of four garments, breakfast and use of a boardroom for four hours.

The Upper Crust Lounge is open 24 hours a day and is where you can check-in and out if you are staying in a Towers room. It is spacious with lots of seating, a bar, a TV and a dining room where breakfast is served. (This consists of a selection of Indian and Western dishes cooked to order, along with the usual buffet items such as fruit, bread, cereal and yoghurt.)

Free cocktails and canapés are served here every evening 6-8pm. When I was staying, it was Independence Day so the bar was dry. As a result, only soft drinks and “mocktails” were served, along with hot and cold snacks, cuts of meat and slices of cheese. A resident lounge on the 11th floor is open daily 11am-10pm and has a free happy hour between 6pm and 8pm.

I had booked an Executive room but was upgraded to a Towers room. It was traditionally furnished with modern décor. There was a large bed with a pillow menu on the duvet, sofa, coffee table, chair and desk with multi-region plugs, as well as a cable for wired internet access. Broadband costs INR150 (£1.90) for 15 minutes, INR300 (£3.70) for 30 minutes, or INR600 (£7.50) for 24 hours. (Prices quoted are not including tax.)

The room also featured a minibar, tea and coffee-making facilities, a clotheshorse, and a large flatscreen TV which conveniently muted if you made or received a phone call. There were walk-in wardrobes (with plenty of space and a laptop safe inside) either side of the corridor leading to the spacious bathroom.

The bathroom featured a separate bath and shower, a good selection of toiletries and was decorated in brown, red and cream marble. There was also an automatic light which switched on every time you entered, which was great during the day as there were no windows, but not so good at night when the sudden burst of light blinded you. The only other frustration I had was there was no clock in the room and I found it difficult to read my watch at night without having to turn on a light which woke me up too much.

The hotel has a “women-only” wing called EVA – all single female travellers are automatically booked in here unless otherwise specified. The hotel will arrange for female guests to be collected from the airport by a female member of staff who will then take them to their room upon arrival.

The wing is supervised by security personnel and CCTV cameras, and each room has its own video entry-phone. All the staff on this floor are women, and if you want, you can take your cocktails to your room instead of drinking them in the lounge. You will be even be served by a female butler. Other benefits include a 1 per cent discount at the spa and a female-inspired range of amenities and cosmetics.

RESTAURANTS AND BARS There are eight restaurants/bars on the ground floor. For 24-hour dining, The Peshwa Pavilion is the lobby restaurant and serves both Indian and international cuisine. There are three buffets a day and an à la carte menu.

For Indian food, there are three choices. Peshwari is open for lunch and dinner and serves north-west Indian food, mainly prepared in a clay tandoor. If you are eating alone, remember to ask for a single-diner menu. For INR1,500 (£19) this gives you a choice of two meat dishes, daal and bread. I had the murgh malai kabab (chicken) and the sikandari raan (lamb), both of which were superb. Go hungry and you might just be able to eat the enormous portions.

Dum Pukht is only open for dinner and serves Dum cuisine, which involves slow-cooking food in deghs (traditional pots) over a fire. (Try the biryani or kakori kebabs the eaterie is well-known for.) The final local restaurant is Dakshin (open 7.30-11.45pm), which serves south Indian dishes.

West View, open 7.30-11.30pm, is a modern Western grill, while opposite is Bombay High, a bar offering snacks and live entertainment. Next door is Catherine’s, a glasshouse overlooking gardens and serving Western food in the evening.

Finally, adjacent to West View is Pan Asian, which as the name suggests, serves a huge selection of Chinese, Thai, Korean, Japanese and Mongolian dishes. The food is prepared by Asian chefs and is very good but be warned, portions are on the generous side so don’t get carried away with your order.

On the ground floor there are three conference rooms, a 710 sqm ballroom (divisible into three) for up to 600 delegates in a theatre-style layout, and a business centre open 24 hours a day. (If you are in The Towers category or above, you get to use the room for 30 minutes free of charge, which is great if you just need to check-in or print a boarding pass.)

LEISURE FACILITIES There is a wellness centre on the 15th floor. It is very spacious with modern cardiovascular machines and weights, an outdoor swimming pool with lounging areas, and a spa with a range of treatments including Ayurvedic, Swedish, Korean and Indonesian massages as well as holistic treatments such as reiki, meditation and yoga. There is also a beauty parlour and barbershop.

PRICE Internet rates for a midweek stay in September started from INR13,599 (£169) for an Executive Club room including breakfast and evening cocktails.

VERDICT A very convenient hotel as it is close to the airport. Service was excellent, the rooms were modern and there was a good selection of places to eat. 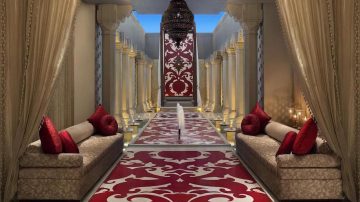 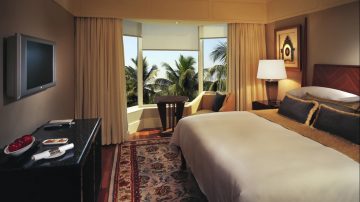 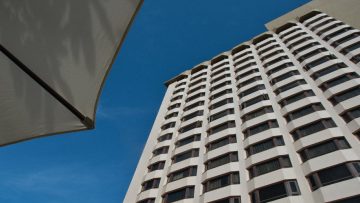 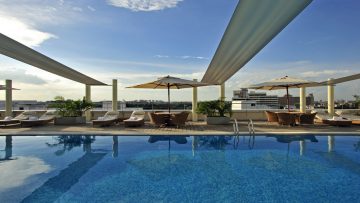