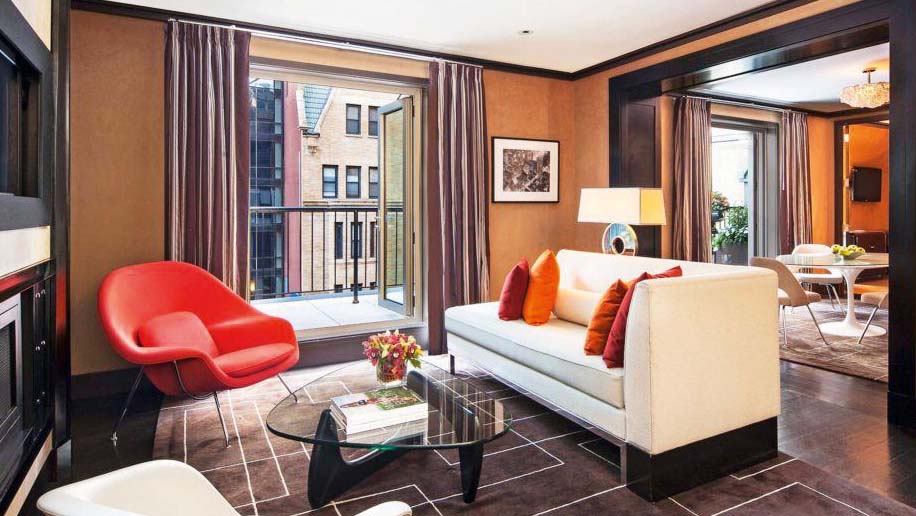 Since the building first opened in 1905, it has been home to The Lambs, America’s first theatrical club. The restaurant at the hotel is now named for the historic club. In the heart of Times Square, yet easy to escape if the bustle gets too much, there’s a quiet elegance to the property, which explains its inclusion in Marriott’s Luxury Collection. There are 76 rooms of which 12 suites have private terraces. In a part of town where large hotel towers are the norm, The Chatwal offers boutique luxury.

Decorated by Thierry Despont, the lobby and common areas make ample use of shining chrome to accent the Empire Deco-inspired interiors. Built in 1905, the building combines old-world luxury with 21st-century amenities that will win over today’s luxury traveller.

Located on 44th Street between 6th and 7th Avenue, the hotel occupies a brick building on a street that is equal parts glass buildings and older buildings. Less than a block from Times Square, those looking for excitement will find it a short walk away. It is also in walking distance of Bryant Park, and the more sedate area surrounding it. Midtown offices are easy to get to
from here.

I stayed in a deluxe king room, which was well appointed with stingray leather consoles, a very comfortable bed and a large television. The bathroom features Toto fittings and its own television. With a room palette that consists of blues and greys there’s a hip element to the room, which includes a mini-bar and complimentary magazines to read. There’s no in-room tea or coffee maker though, in case that’s a deal breaker, but there is an iPad that can be used to control the lights, curtains and more.

The single restaurant in the hotel is also where à la carte breakfast is served. The Lamb’s Club by Chef Geoffrey Zakarian is popular with office-goers looking to meet for a working breakfast as well as in-house guests. During dinner, it’s buzzier and serves up modern American fare. A popular bar in the lobby allows drinkers to grab a cocktail before making their way to dinner.

There are two meeting rooms. The Club Room is 1,200 sq ft and can accommodate 120 people, while the Stanford White Studio offers a more intimate meeting room setting in its wood-panelled environs. Both can be configured as per meeting requirements and their setting in the heart of the city is a bonus.

Asprey, the British heritage brand supplies toiletries in all of the 51 rooms and 25 suites at the hotel. Below ground, there’s an Elizabeth Arden Red Door Spa adjoining the fitness centre and saltwater lap pool. For those on the go, in-suite massages can also be booked in advance.

Verdict: A luxurious stay that’s in the heart of the city. This is the ideal hotel for those that are looking to get around the city or have family join them for a bleisure stay in the Big Apple. Service is courteous yet personal with extremely well-trained staff. 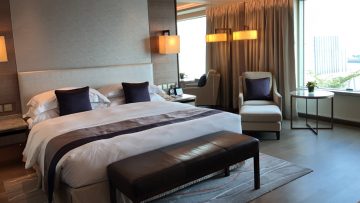 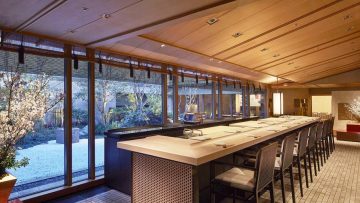 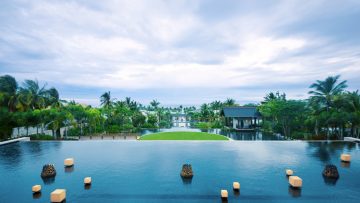 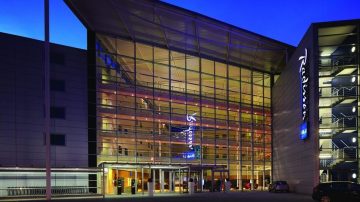