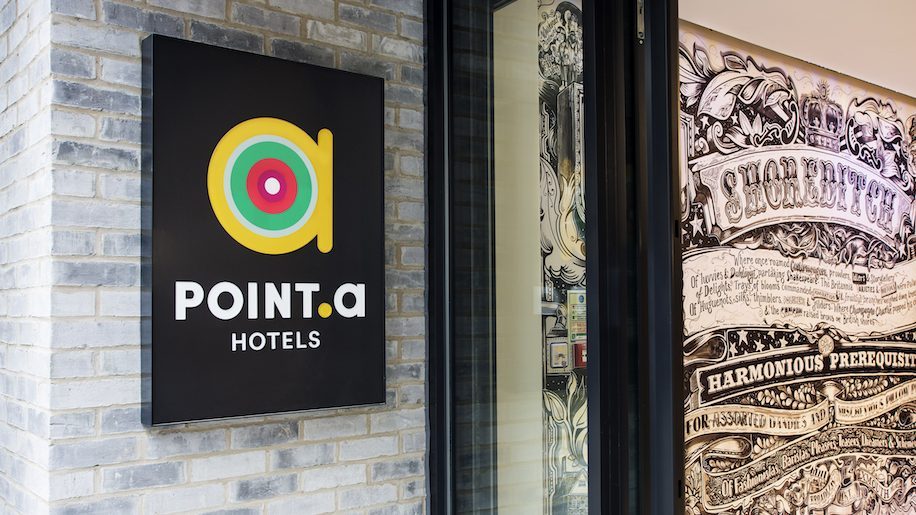 Background
Part of the Queensway group, which specialises in developing and operating hotels and other hospitality ventures, Point A was launched in 2017 as a joint venture after the group ended its franchise agreement with Tune hotels. Five Tune properties were rebranded as Point A, with entirely new hotels constructed, one in Glasgow and this one in London’s Shoreditch, which opened in March 2017. 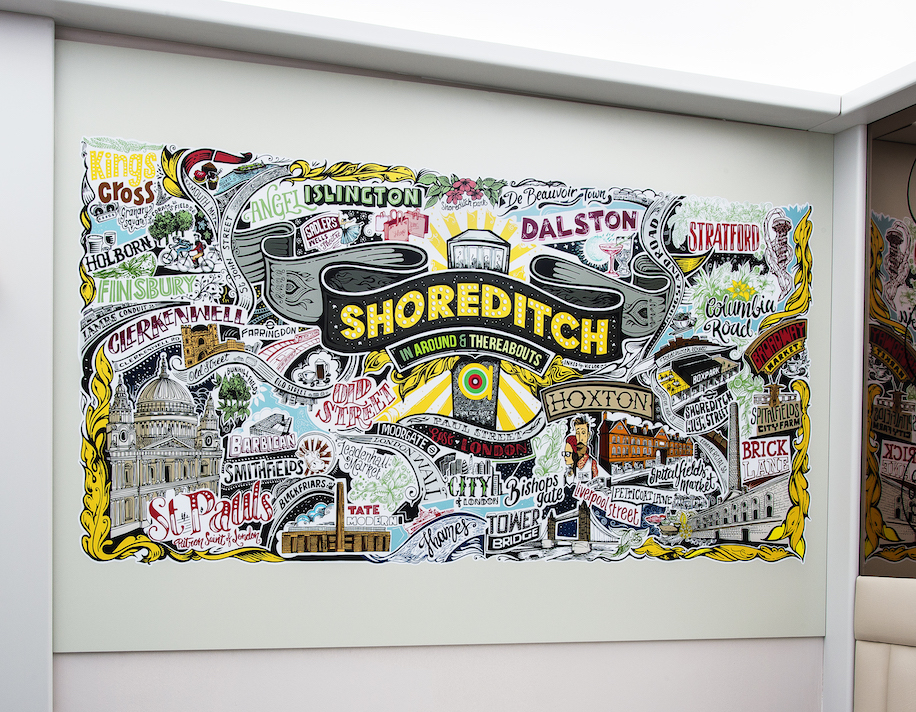 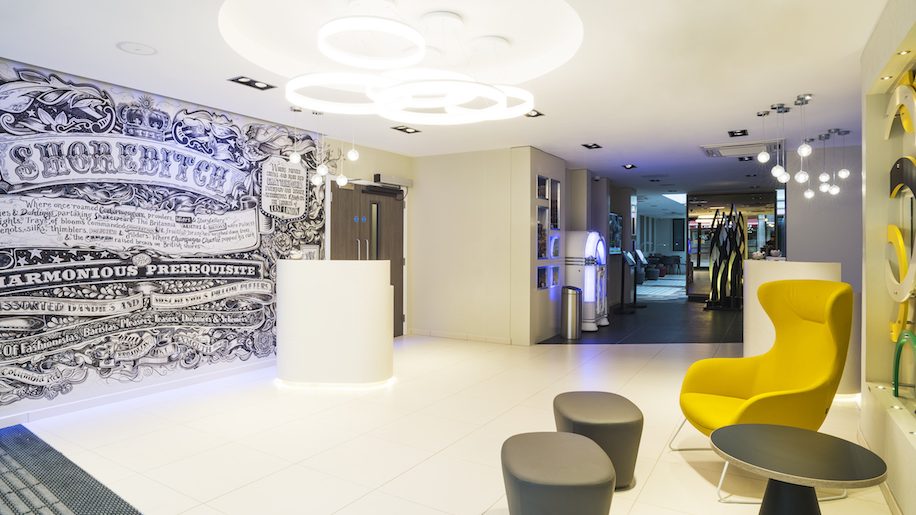 What’s it like?
The remit of the Point A brand is “central, comfortable, affordable” and it does exactly what it says on the tin.

The hotel has a smart, unfussy appearance from the outside in keeping with the area’s vernacular style. Stepping into this cool, white oasis following a journey through sweaty, exuberant Shoreditch was a delightful experience on the sweltering Thursday night I visited.

As with the hotel’s exterior there is little surplus to requirements in the reception area: a couple of chairs and a small reception desk. There was a juke box but it remained silent during my stay…

At the rear of the open-plan ground floor beyond the foyer was the shared work/social space – being utilised by a mix of business travellers and youngsters on city breaks.

Check-in was prompt and friendly, with hotel manager Keisha Duncan one of two staff manning the desk and displaying just the right combination of courteous yet friendly informality to suit the hotel’s ethos. 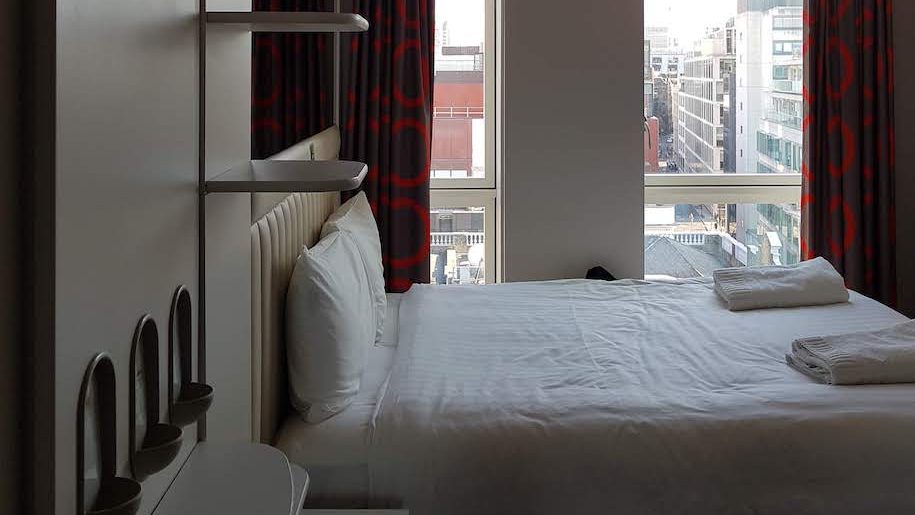 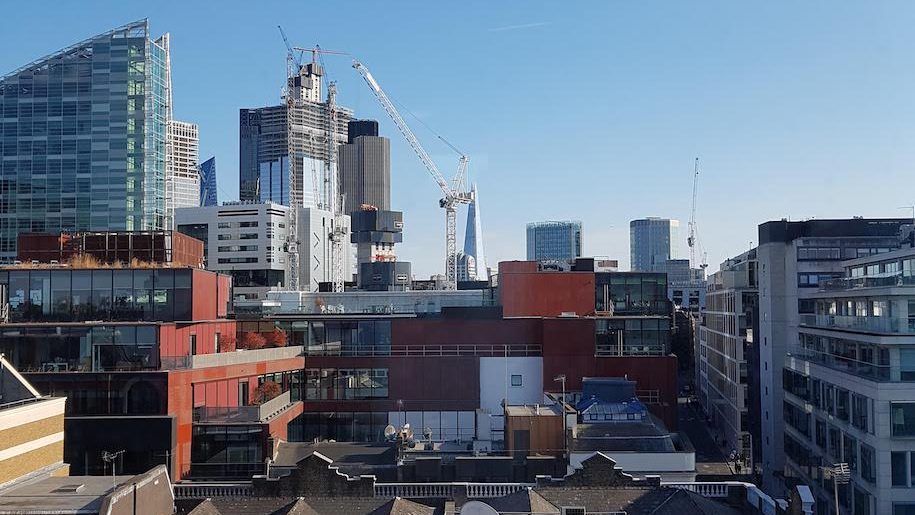 My double room was on the seventh floor and had two tall windows (which pleasingly opened a crack, despite the presence of air con) with unexpectedly good views of the City and the Shard.

There was a place for everything and everything in its place. The no-frills functionality put me in mind of an aircraft interior, which may sounds like an insult but isn’t. I found it an appealing, easy space to be in, almost instantly relaxing. Despite its small proportions, mirrors, off-white décor and the tall windows ensured light bounced around the space. I never felt cramped. 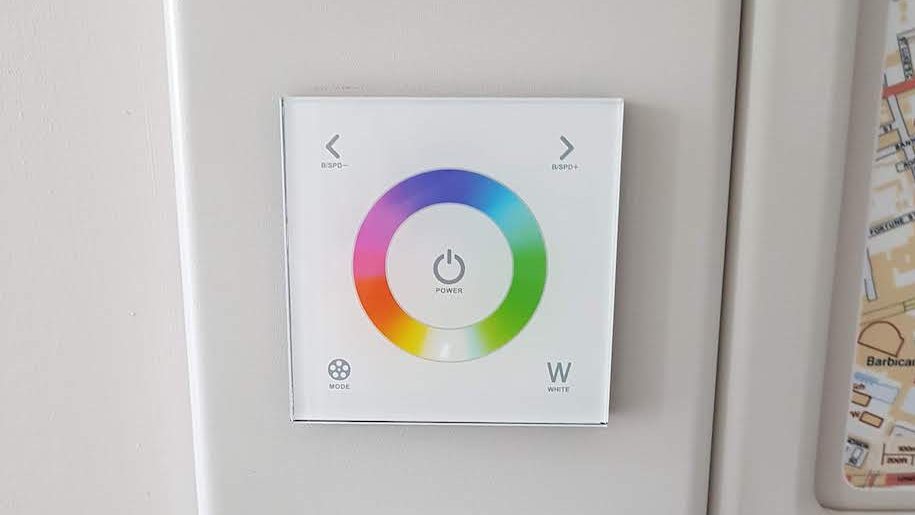 To the right of the door was an easy-to-follow list of instructions for the air con and lighting. Lighting? you say, who needs instructions for lighting? Well, one of the nice touches is that all of the rooms feature mood lighting so you can change the colour to create the ambience you want. 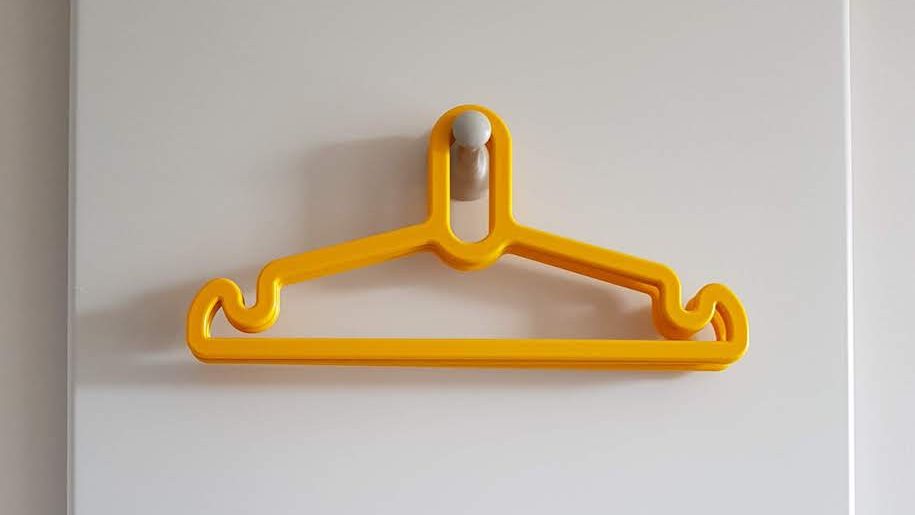 In keeping with the current trend, there was no wardrobe, just a few hooks with coat hangers and space under the bed for storing larger items, shoes etc. A stool neatly folded into the wall when not required. There were a couple of fold down ledges – posited as desks but more reminiscent of an airline tray table, if slightly larger. This was a good idea but, in something of a design clanger, the door handle to the en suite prevented one of the desks coming down in my room. One half would probably be enough for a laptop but you wouldn’t have any space for other bits and bobs.

What hadn’t been overlooked however was the provision of both AC and USB sockets. Perhaps it’s sad to get excited about power points but Point A is on point in this department; its provision is many and varied. 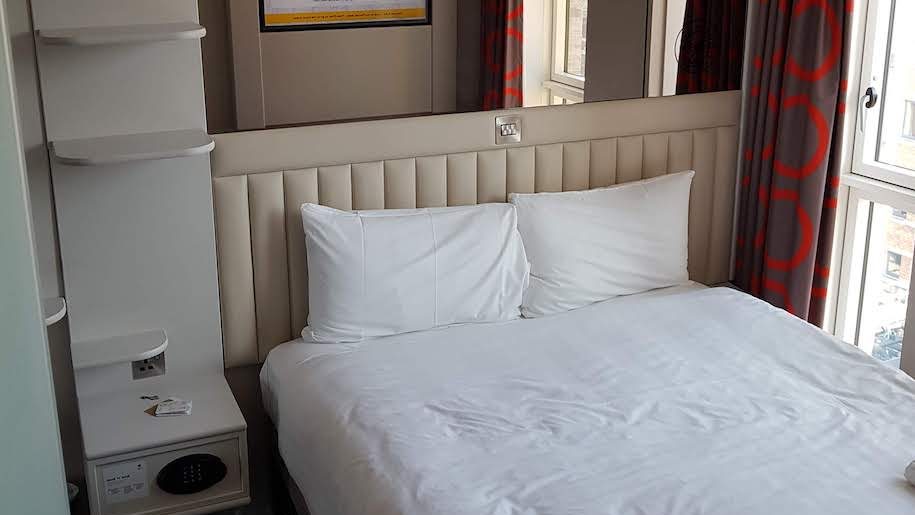 As well as the usual TV channels, the Smart TV allowed you to watch your own content. To do this you had to download an app (easy enough) and the films, programmes and music you wanted to watch; streaming via apps wasn’t option. Also accessible were 4OD, Youtube, ITV Hub and pay-per-view services.

The Hypnos bed was comfortable, but I found the pillow quite hard. The air con was a boon in the July heatwave and the room was cool enough by bedtime to turn it off – thankfully as it was a little loud and fierce, despite the fact I’d turned it right down.

The bathroom was small and satisfactory, though the shower cubicle was fine for me, I imagine larger folk could find it a bit cramped. The shower was powerful but had a fixed head, annoying it you wanted to shower without washing your hair as there was no shower cap. Shower gel/shampoo and handwash were provided in squeezy tubes fixed to the wall.

There is no food and drink in the room, aside from a plastic cup for filling with tap water. Given the high-profile plastic crisis, it would be good to see these changed for reusable receptacles.

Rooms are sensibly only serviced every three days. Does anyone have their room at home cleaned daily? 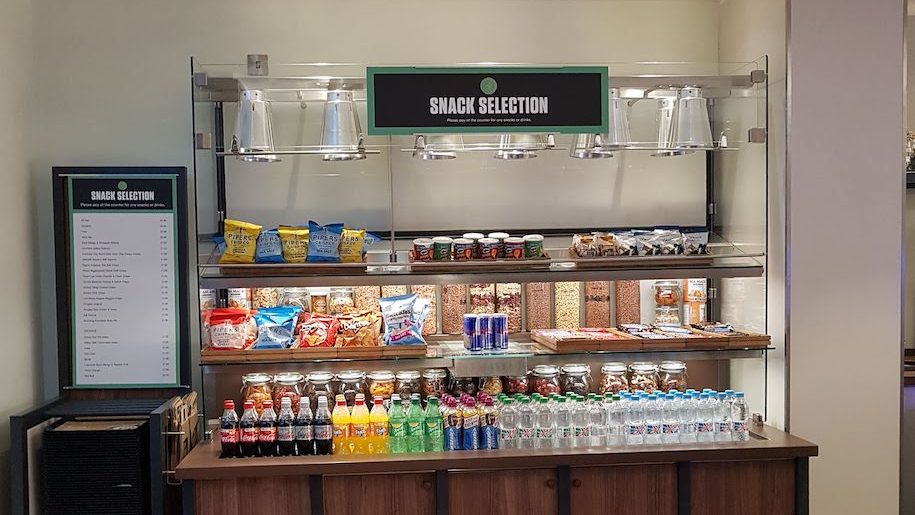 Food and drink
The hotel doesn’t have a restaurant or bar. Why would it? Its location in Shoreditch is overflowing with excellent options for dining and drinking, and it would be a shame to miss out on experiencing this. Snacks and non-alcoholic drinks are available from the lobby area, which is also where a buffet breakfast is served. Priced at £9, it was good value for money, and included cereals, fruit, yoghurt, pastries, fruit juice and great coffee. 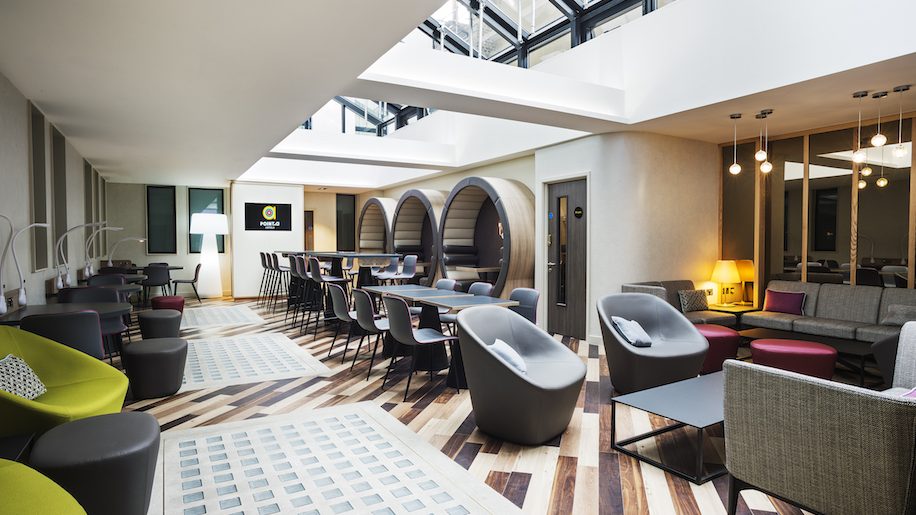 Business
The lobby lounge provides an array of seating from comfortable armchairs to work spaces with power points. Informal meetings could easily take place here, though there is no dedicated space for private meetings.

Leisure
There are no leisure facilities at the hotel but the hotel provides plenty of information about the surrounding area for guests to go out and explore Shoreditch itself. Guests who sign up for the Point A loyalty scheme get discounts on a range of local amenities, bars and restaurants and attractions, including free local gym use and discounts on beauty treatments, meals and drinks and guided tours.

Verdict
An excellent option that’s affordable without feeling cheap. The communal spaces and rooms were pleasing spaces to be in, and far from being stark and uninviting, the minimalist approach fostered a relaxed, calming ambience. Staff were friendly, there was everything a business/leisure traveller would need (nothing more, nothing less) and the location is unparalleled. 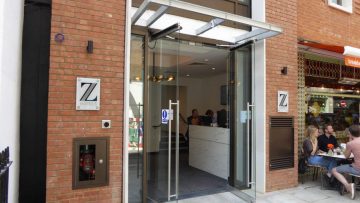