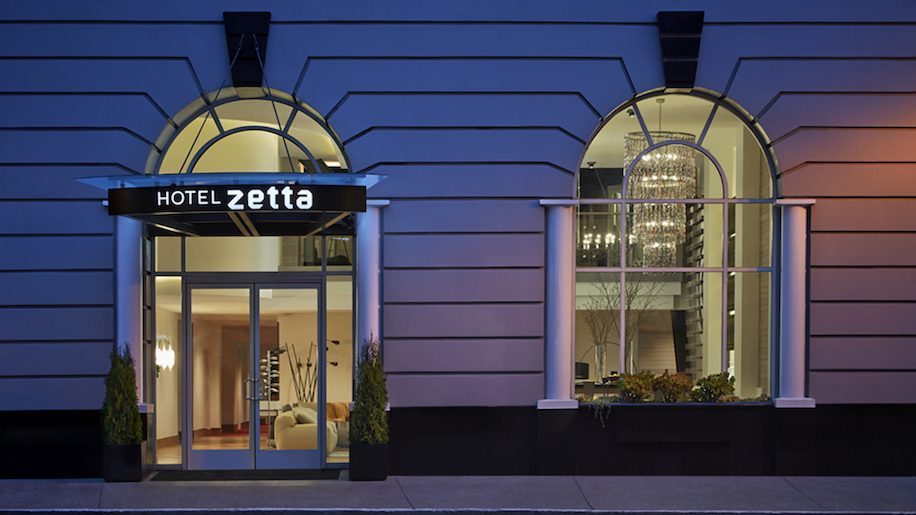 Hotel Zetta is managed by the Viceroy Hotel Group, which operates boutique and luxury hotels and resorts, predominantly in North America, in this case on behalf of Pebblebrook Hotel Trust. This is one of four properties managed by the group in San Francisco, all of which are design focused and have a young, fun, unconventional character in keeping with the city itself. The building dates back to 1913 and an extensive renovation in 2012, after its purchase by Pebblebrook Hotel Trust, saw it transformed from the Hotel Milano into the Hotel Zetta.

In SoMA, or south of Market Street, a long thoroughfare that runs from the Twin Peaks district and ends at the Ferry Building on the waterfront. This is one of the best-served streets for public transport in the city, with Muni buses and heritage streetcars on the road and, below ground, the Muni metro and the BART, which will whisk you to the airport in around 25 minutes.

From industrial origins, the area’s warehouses have morphed from sweatshops into fancy restaurants, hip nightclubs and covetable apartments, with the headquarters of several of the best known Bay Area companies, including Twitter and Uber, on Market Street, cheek by jowl with a high proportion of the city’s homeless population, a jarring yet archetypal SF contrast. 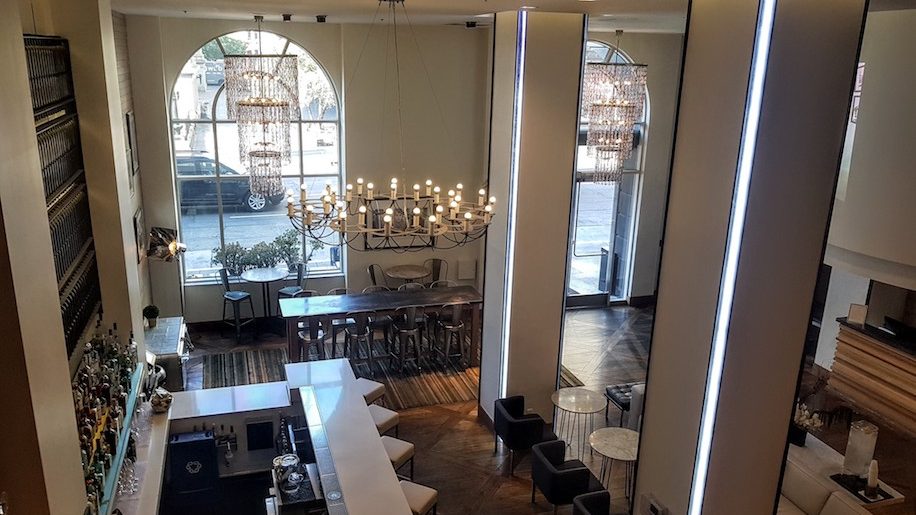 You’d have to be a po-faced individual not to like a hotel that greets you with a smile and a glass of sparkling wine, so Hotel Zetta and I got off to a great start after a 12-hour flight from London in economy. Though there was a small group in front of me, also being served some fizz, I didn’t have to wait long for someone to provide my key and the lowdown the hotel’s facilities and useful information, with my bag taken up to my room for me. 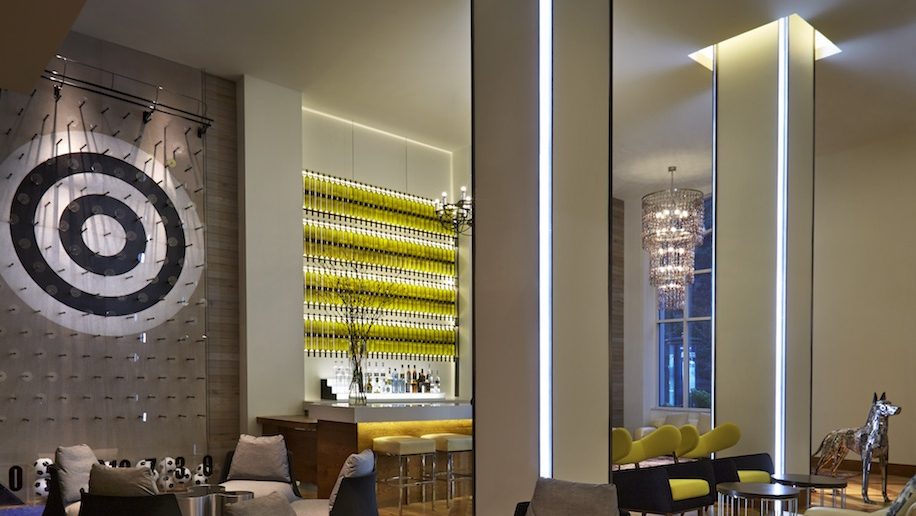 Reception was on one side of the open-plan ground floor, where a soaring bar resembled a modern-day high altar, its display of bottles climbing the wall and luminous like stained glass. Communal seating, from comfy sofa-type designs to tables and chairs, catered for every sort of traveller, from business to leisure, and locals looking for a social space to work.

The décor is both elegant and playful, the juxtaposition neatly epitomised by chandelier-like lighting, which, upon closer inspection, was revealed to be made from spectacle frames. There was something of the art deco in the simple forms of the furniture, which was given lustre by plush materials and textures.

Adding to the sense of space was the mezzanine above, home to the Playroom, more of which later, with the lifts to the rooms on the left towards the rear of floor and access to the main restaurant at the back right. 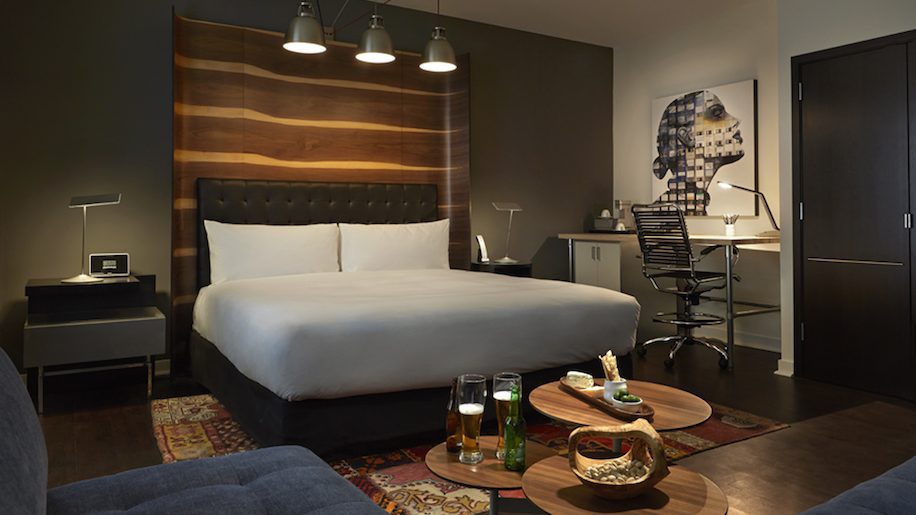 There are 116 rooms and suites. Rooms sit in three categories: Superior (23 sqm), Deluxe (28 sqm) and Premier Studio King (34 sqm). My Premier Studio King had a living area with a corner sofa bed in addition to the (comfortable) king-size bed. Its dark colour scheme gave it a rather moody atmosphere, which was compounded by low levels of natural light – the two windows weren’t very large and looked almost directly onto another building only a few metres away. With the lack of warmth to the colour palette and artwork and furniture with a masculine feel, the room didn’t feel very cosseting. Its appearance was a little too hard for my taste and I wouldn’t have been very keen to spend daylight hours in here, despite its generous proportions. That said, I’d imagine most guests would be taking advantage of the inviting communal spaces elsewhere in the hotel.

The room was very well-equipped, though – there was a good 46-inch Samsung TV, through which a smartphone could be streamed, a Bluetooth speaker, ample work desk, bathrobes and slippers, Illy espresso machine, minibar and good free wifi, here and throughout the hotel. 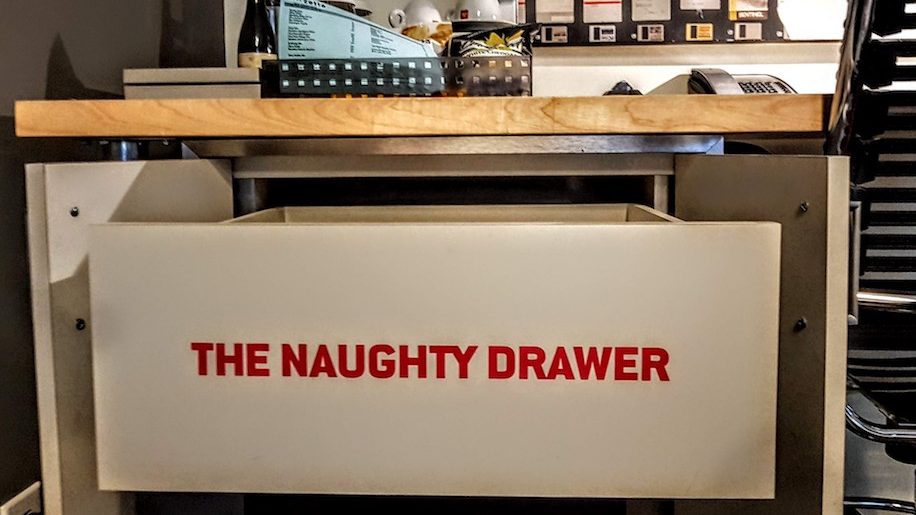 It fared well on the storage front, too, which also concealed a naughty drawer containing “sex dust” (no idea, sorry) and a lovers’ kit. Sadly, as this was a solo trip, I didn’t investigate further, but it did bring a smile to my face.

The en suite had a large, powerful shower and good-quality ROIL toiletries. 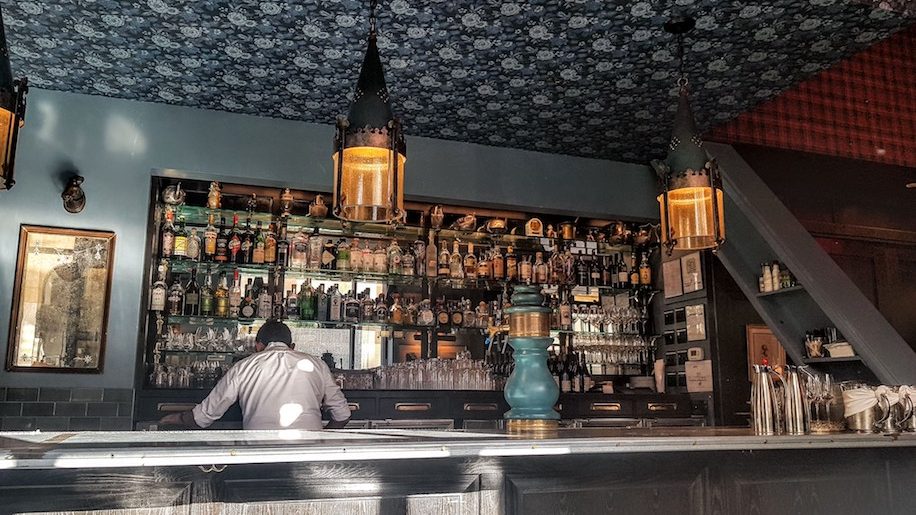 If the lure of San Francisco and its ample bars and restaurants hadn’t been so great, I would have been quite contented with the food and drink offering inside the hotel. Alongside the chic lobby bar outlined above, which serves a full menu and cocktails, is snug yet cool Marianne’s, with a cosy, speakeasy air, and the well-received main restaurant/bar Cavalier, which has a British brasserie theme. British brasserie is an oxymoron in my book but, paradoxes aside, this was an exceptionally pleasant space with dark bentwood furniture, marble-topped tables and a chic and cheerful blue palette complete with ceiling in floral wallpaper. 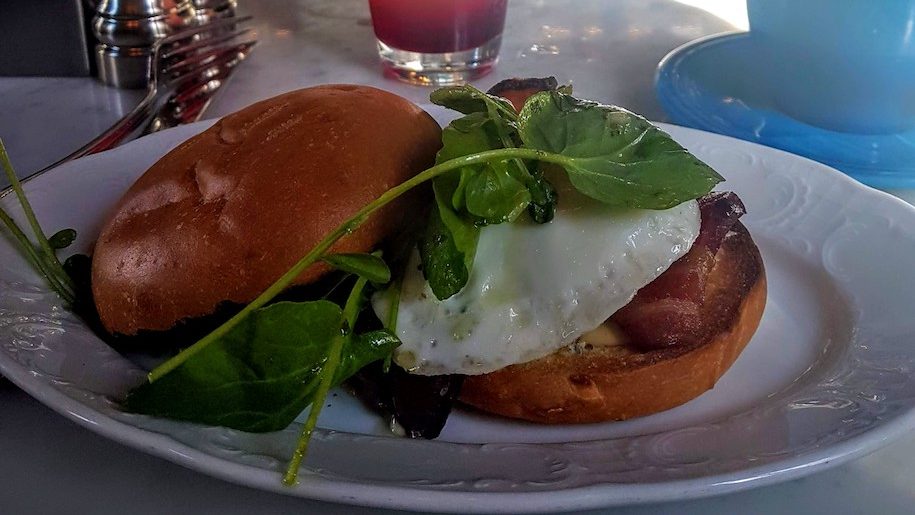 I came here for breakfast (not included in the price), and had a delicious egg, bacon and watercress sandwich, and an excellent cup of coffee, as soft slants of Californian morning light fell around me through tall arched windows. It was a lovely a place to while away the time with a book. 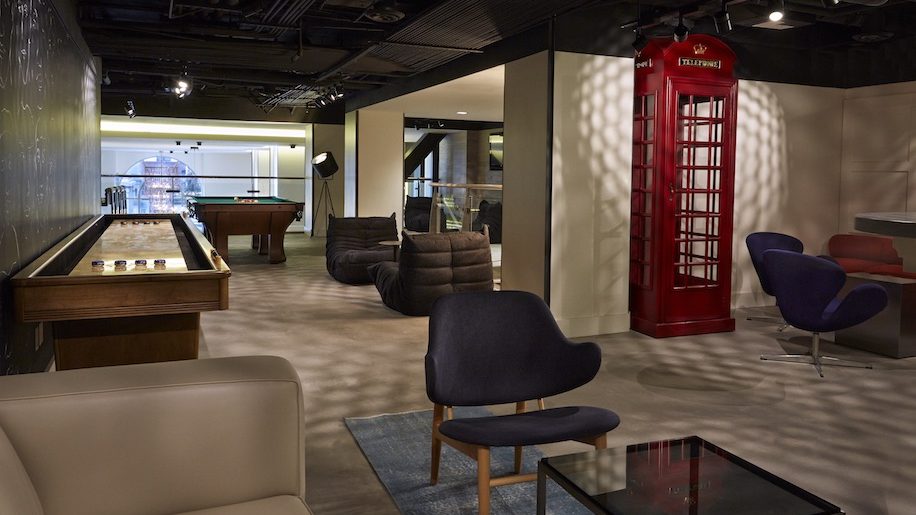 The hotel has three well-equipped meeting rooms, suitable for press launches, board meetings alongside the extensive communal space. Two are more formal, while the Playroom also functions as leisure space (see below for details). 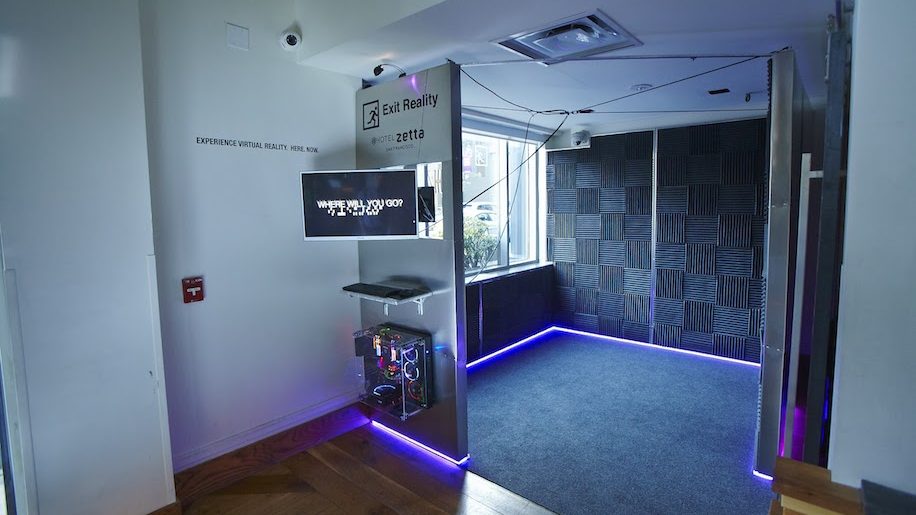 The aforementioned Playroom is geared for both business and pleasure (or the increasing overlap between, particularly in progressive California). Here you’ll find console games, board games, squidgy sofas, pool tables, big screen TV, and tables and chairs for more formal work. The hotel also has a fitness centre, a virtual reality room and, my favourite feature, free bicycle hire.

It’s hard to think of anything this hotel lacks, with staff eager to help guests out with any request – including printing tens of pages of powerpoint presentation for a corporate traveller whose copy had gone AWOL. It’s a fun place to be and a great place to stay if you’re travelling alone, thanks to the sociable vibe in the communal areas, and the number of business travellers. While my room didn’t appeal to my aesthetic, it was certainly well-equipped and the great design elsewhere makes Hotel Zetta a compelling place to “hang out” in one of the most lively, on-trend parts of the city. 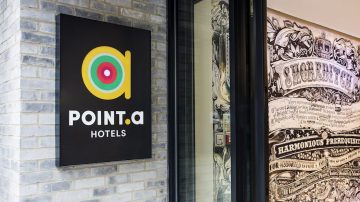 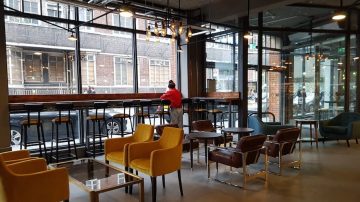 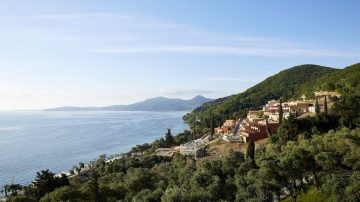