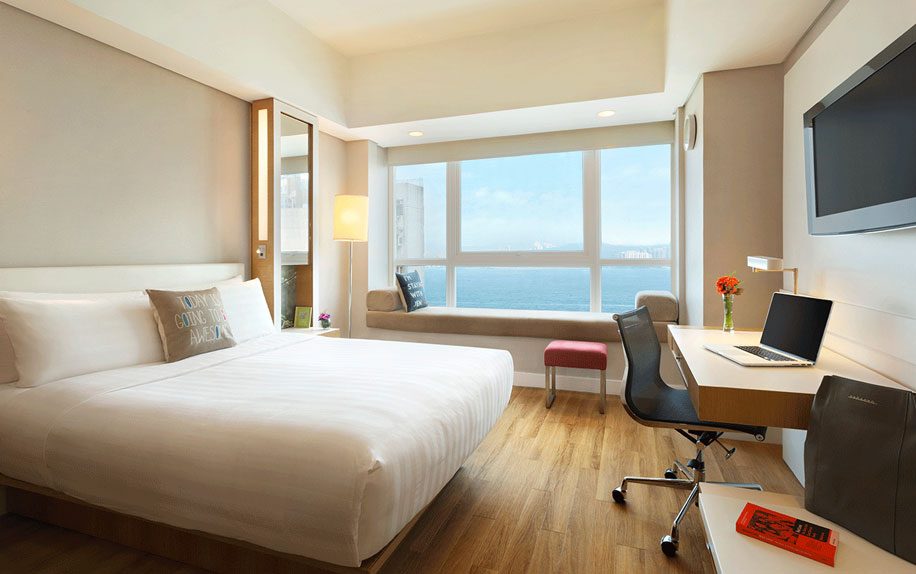 Hotel Jen is a new brand from Shangri-La Hotels. According to the blurb, it’s aimed at the “Jeneration” of “independently-minded millennial travellers as well as socially enabled young-at-heart existing customers”, and replaces the group’s Traders Hotels.

Located in Hong Kong’s Sai Ying Pun area, this hotel is a re-branded Traders Hotel. Originally built as a Novotel in 1999, it has gone through several name changes since, and has frequently had money spent on it with all the rooms and public areas last having a refresh some five years ago.

The first-floor reception lobby is accessed by escalator or by lift. Check-in is efficient, with several employees manning a large desk.

Also on the lobby level are a corner bar/coffee shop, free newspapers and magazines, a large video screen showing – at the time I was there in February – scenes from the re-branding party, and a fridge with free bottled water, a coffee machine and a mobile charging station, one of several located throughout the hotel.

The staff was friendly, informal and helpful.

On Hong Kong Island, near the western fringe of Central District. It’s very easy to get to because of the recent Island MTR line extension.

Although the hotel is in Sai Ying Pun, which has its own MTR station, the Hong Kong University MTR station is closest. Take exit B2, and it’s a few metres to the hotel entrance.

A lift bypasses the lobby and stops at street level (there is a car park under the hotel).

From there a side door opens onto the MTR station. Alternatively, the hotel runs a complimentary shuttle service between it and the Airport Express (drop-off area). It runs every 20 minutes between 7.30am-9.30am after which it runs at one-hour intervals until 7.30pm.

The hotel’s 283 rooms, which are spread over floors 3 to 27, come in several categories, though apart from five suites, all are 25 sqm.

Superior rooms are carpeted and many have showers and a bath while Deluxe rooms just have showers. All rooms have comfortable window couches (day beds) to make the most of the views, though you’d have to be comfortable with heights to lie on them. The rooms are furnished with own-brand toiletries in a clear plastic bag for those who want to take them away. Each room has wifi, a flat screen television with DVD player, and a fridge.

Smoking is permitted on floors 4-9.

In my Club room there was a sticky note attached to the mirror, seemingly handwritten from Jen (“… a virtual persona, a professional hotelier and all-time lover of life, travel and discovery”).

The note drew my attention to a welcome gift in the fridge: a cup of freshly cut fruit.

Depending on whether you are a Jade or Diamond member of the Shangri-La Golden Circle Loyalty programme, or the time of the year, the gifts differ. My own Golden Circle profile requested a pot noodle and beers – both were in my fridge.

The in-room dining menu was short but well thought out, featuring dishes such as a burger (HK$258/US$33) and Hainanese chicken rice (HK$128/US$17).

There are a couple of flat screen TVs and lots of magazines. The staff is friendly, though I thought that by the fourth day they ought to recognise me and not ask my room number every time I entered the lounge. 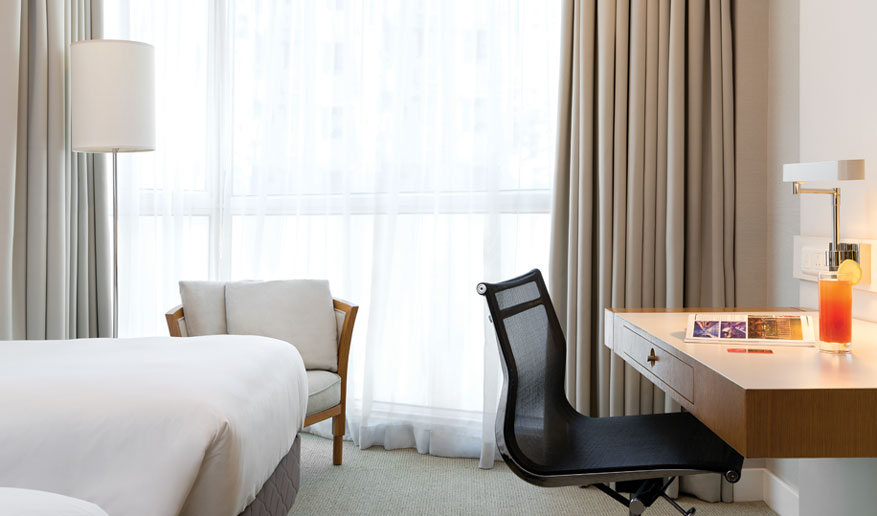 Café Malacca on the second floor offers a buffet breakfast, then for lunch and dinner it’s Malaysian and Singaporean street-style food. It was awarded Bib Gourmand status in the Hong Kong and Macau Michelin Guide (2014 and 2015).

The hotel has meeting facilities on the second floor next to Café Malacca with a good-sized room (60 sqm) and seating for up to 40. 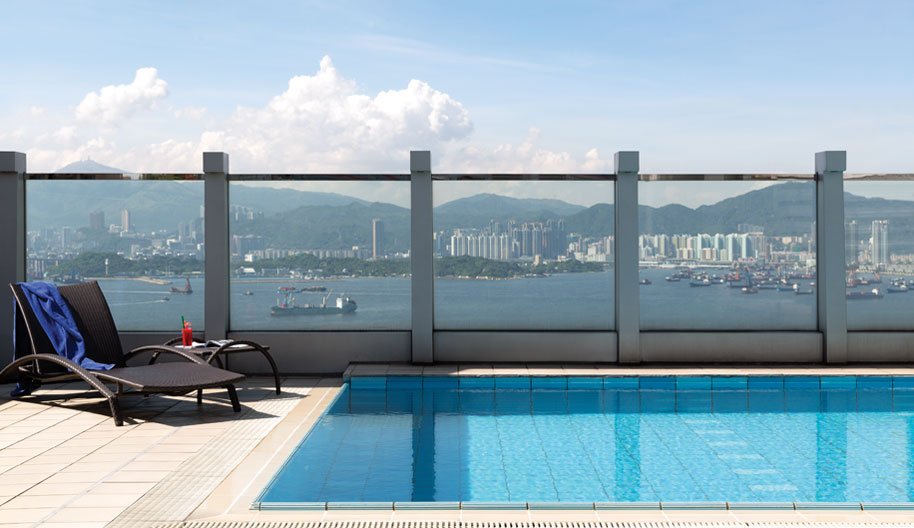 The hotel has a small gym on the top floor, as well as an open-air swimming pool (shut in winter; depending on the weather, usually from November).

Outstanding value, from the rooms to the in-room dining and the laundry, which was only HK$120 (US$15) for 6lbs (2.7kg). The new MTR extension means the location is extremely convenient (only three stops to Central) and thriving Kennedy Town is only a short walk away.