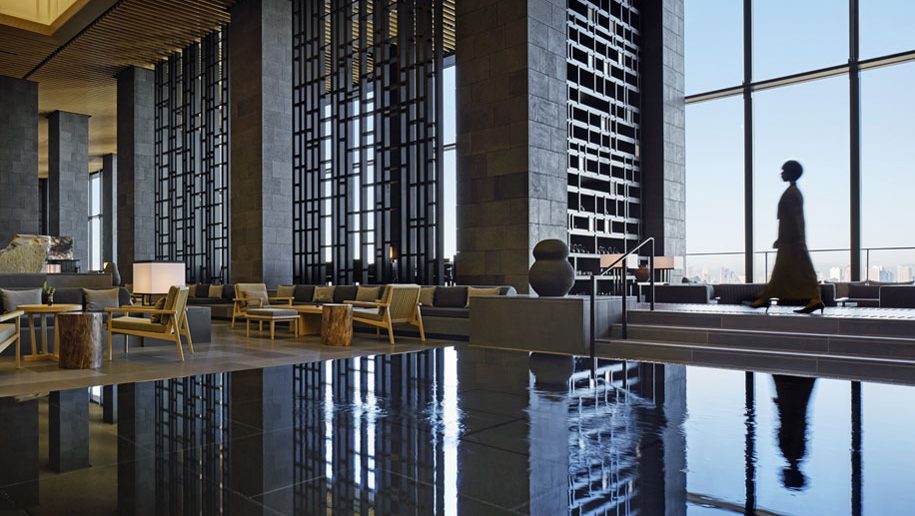 Better known for its Asian resorts, luxury group Aman is expanding into Europe – for a review of the Aman Grande Canal in Venice, opened in 2013, click here.

Its Tokyo property opened in the new Otemachi Tower at the end of last year.

The lower-lobby “garden reception” is understated but take the lift to the 33rd floor and you’ll see the real statement of intent – a huge 40-metre by 11-metre atrium with a 30-metre roof seemingly enclosing guests inside a giant lantern.

At the centre of this brilliant conceit is a zen garden and, beyond, a raised walkway, symbolising the traditional engawa – a verandah between the living room and garden – and a seating area with views over Tokyo.

The lantern effect has been created by stretching layers of textured washi paper over a shoji frame rising six floors through the centre of the building. If you arrive in the day, sunlight is diffused through the sides to illuminate your check-in, although formalities are completed in your room.

I arrived early so was given the option of spending time in the spa until the room was ready.

Japanese art hangs throughout the property and there are frequent references to forests (some 70 per cent of Japan is still covered by woods), including grapevines enclosed in plaster in the garden reception and lobby.

The hotel is on levels 33-38 of the tower, with the Mizuho Bank occupying most of the rest. Otemachi subway station and Tokyo station are a short walk away, while Haneda airport is a 30-minute drive.

The 84 rooms and suites are huge, with entry-level Deluxe rooms measuring 71 sqm – the largest standard rooms in the city.

Premier rooms (80 sqm) face the Tokyo Skytree, while suites (141-146 sqm) have a pantry and dining table, allowing apartment-style living in the heart of Tokyo. Corner suites (121 sqm) have a separate living room.

The design is inspired by traditional Japanese homes, so bathrooms feature sliding shoji doors, basalt stone walls and a large furo – a deep-soaking tub for a typical bathing ritual complete with all the wooden utensils necessary (thankfully, for those in a rush, there’s also a good power and rain shower).

Coupled with this is high-end tech – the flatscreen TV rose out of a table at the touch of a button, there were bedside controls for the lights, blinds and curtains, and power points were concealed behind panels to ensure a streamlined look.

All rooms have free high-speed wifi. Smoking rooms are on the 35th floor. 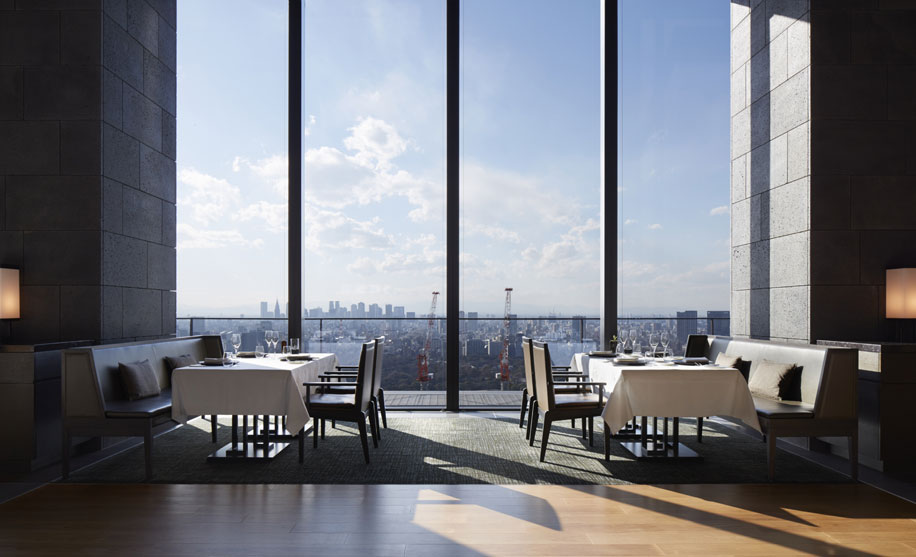 The all-day Restaurant by Aman serves Mediterranean cuisine, along with Japanese and Asian dishes.

The Café by Aman, in the garden reception next to the 3,600 sqm “Otemachi Forest” at the base of the tower, offers a short menu and is popular with local office workers.

There is also a bar and a cigar lounge with a humidor.

The hotel has no dedicated facilities but some areas can be booked for gatherings, such as the library, which has floor-to-ceiling shelves of books on Japan, and the cigar lounge.

The 2,500 sqm spa is magnificent, with a large fitness centre, eight treatment rooms, yoga and pilates studios, a 30-metre pool with views over Tokyo, and changing rooms with steam rooms and traditional hot baths (onsen).

The Aman is up against some stiff competition in the five-star arena in Tokyo, but it is very different from all of them, with its focus on being a resort in the centre of the city.

It is a wonderfully luxurious hotel for both business and leisure travellers, with exemplary service. 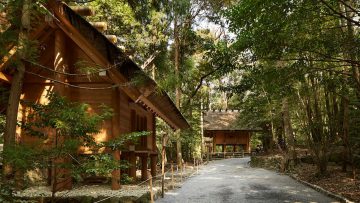 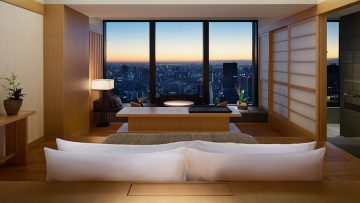 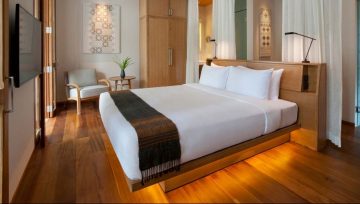