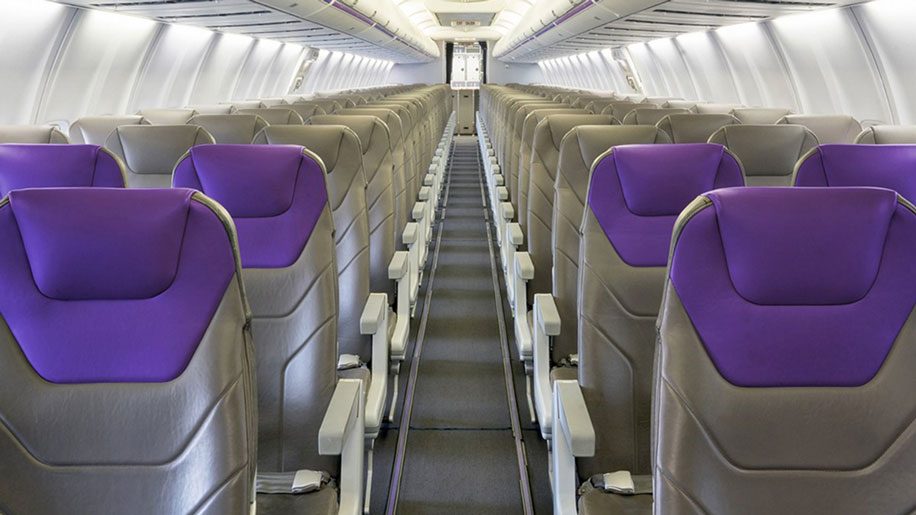 Wingo is a low cost airline, operating a fleet of eight B737-800 aircraft with 186 seats. It was created in 2016 by Copa to replace Copa Airlines Colombia which was not profitable. It is based in Bogota, flying as far north as Mexico City and as far south as Peru.

Wingo has a complex online booking system, even when compared to other low cost airline websites. There are 3 options for tickets: Go Basic, Go Plus and Go Premium, this last of which gets you extra leg room at the front  of the cabin (the purple antimacassars) amongst other privileges.

Our group took many turns in trying to book the tickets (Go Basic – we were backpackers) and it still took a couple of hours. The online check in process in contrast is bug free, with online boarding passes sent by email promptly. 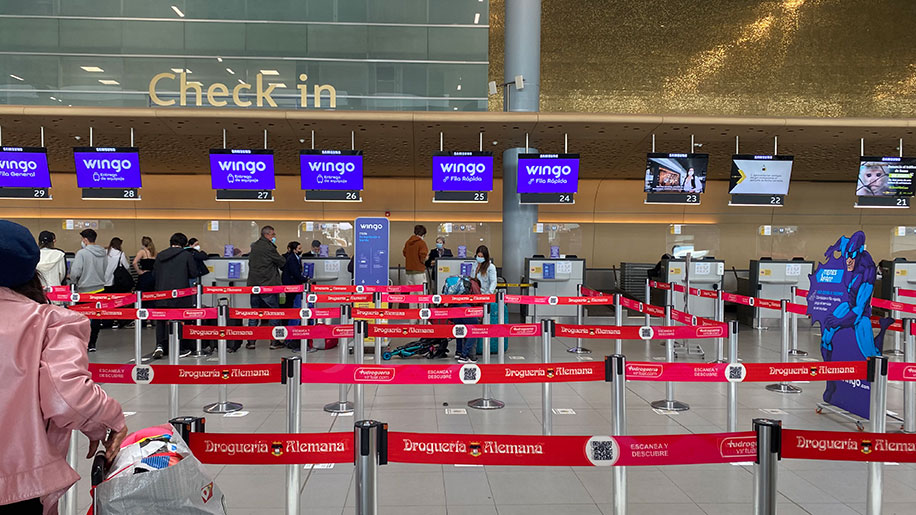 El Dorado Airport (BOG) is around 10 miles outside of the centre but there was no major traffic for us, perhaps because it was Saturday morning. The airport feels modern, and despite being busy there were no major queues at passport control and security efficient. We arrived around 1145 for our 1348 departure from Bogata to San Jose, Costa Rica, on P5-7084, a flight of around two hours,15 minutes.

Unfortunately, the efficiency of the airport was not echoed by the Wingo check-in experience. We were checking bags, and so had to queue. Groups of passengers stood in front of the desks instead of in queues. This might be because you have to pay an additional charge to check-in at the airport, and when people discovered this they moved a short distance away from the desk, and, not wishing to lose too many p[laces in the queue, checked in online on their phones, and then tried to drop their bags.

Wingo had a separate queue for priority passengers (chargeable), but due to the crowds (or possibly because no one had paid for it) it was not used. The check in attendant spoke no English, which can be an issue if you need to answer on topics such as onward travel and booking details. 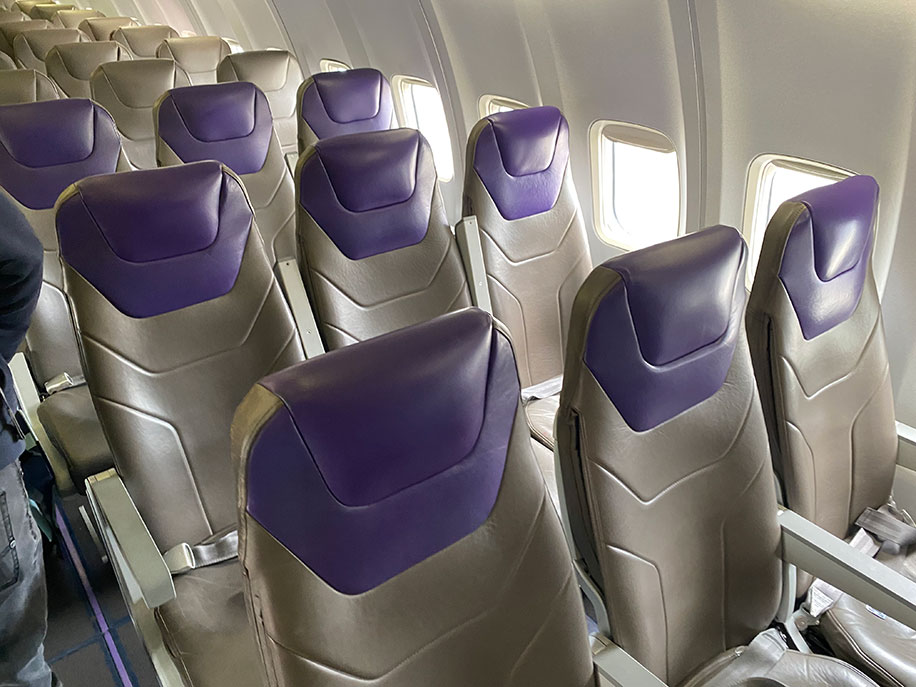 The gate was the furthest in the terminal, around a 10-minute walk from security, and away from the restaurants and facilities. Boarding took place from the back rows forward, called to board in rows of 5. Surprisingly, this was well organised, with announcements in Spanish, but spoken clearly enough that it would be understandable to anyone who knew Spanish numbers.

The plane was at 70 per cent occupancy, with passengers sitting down in good time due to the help of cabin crew assisting with overhead lockers. Despite this the plane was delayed a little before take off. 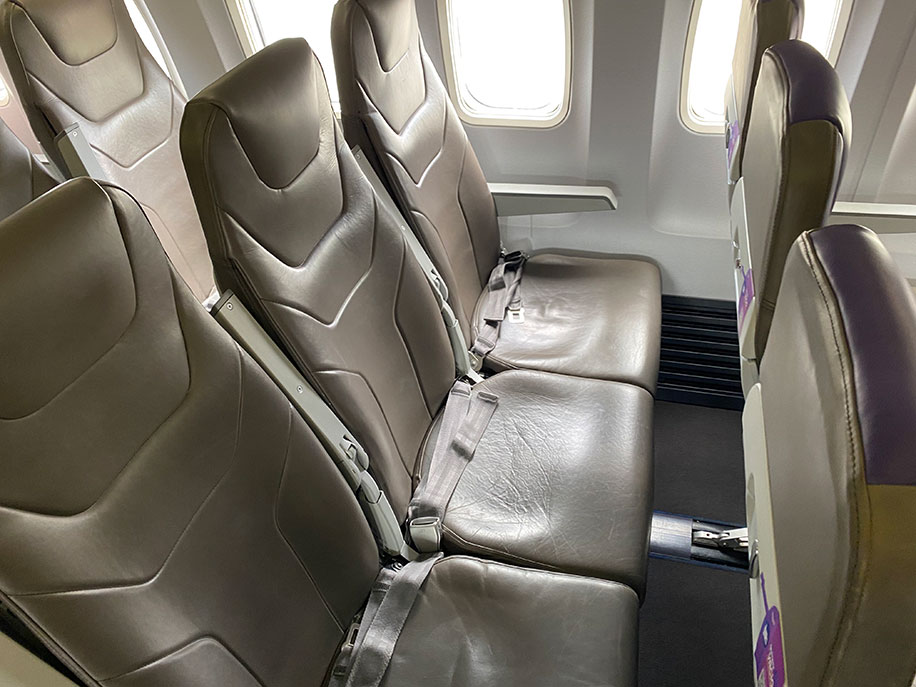 This Wingo B737-800 had a sleek and modern interior, with the general grey lightened with tasteful splashes of purple on some headrests to designate extra leg room. The 186 seats had a minimal amount of legroom, but were bearable for a short flight. The magazine holder on the seatback had a length of wire inside the top flap, resulting in a pain throughout the flight pressing my knees into it. The condition of the seats was disappointing. My leather seat was damaged and the seat back in front was covered in repulsive white staining, made worse by the small leg room, as I had to push my knees into it for the duration of the flight.  Other cleanliness issues were dusty windows and a tray table back covered in pen scribbles from a previous toddler practicing his or her graffiti. The seat has no entertainment screens or power outlets. The seat did not recline, something i was glad about given the amount of room. 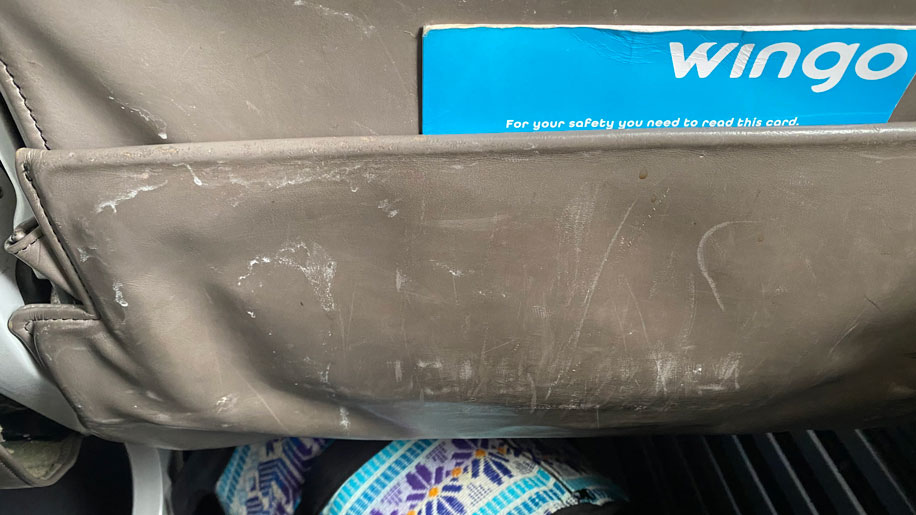 Food and drink is available for purchase. The crew are incentivised to sell this, and read out the entire menu, item by item over the tannoy, pausing every sentence to think of more to say to persuade you to buy it. This Is excellent practice for intermediate students, and I was very glad that my noise-cancelling headphones had been stolen a month earlier in Mexico. The other noise was the window behind me which rattled throughout the flight. I told myself it was secure.

Arrival was prompt, disembarking was not. Unlike normal Covid measures passengers stood up and waited old-style.The immigration area in San Jose airport took around 30 minutes to get through. This was due to the visit of US First Lady Jill Biden who was In San José, to visit the Chief of Mission Residence where she addressed and visited with Costa Rican women who had participated in U.S. Department of State programs focused on women’s entrepreneurship and economic empowerment.

Wingo operates a cheaper fare than other airlines between Bogotá and San Jose, but you get what you pay for. Compared to other low cost airlines I have flown in South and Central America, it was not among the best.  The booking process is convoluted and the seats unpleasant. On the plus side, we arrived safely, on time, and our bags were on the carousel by the time we had cleared security. 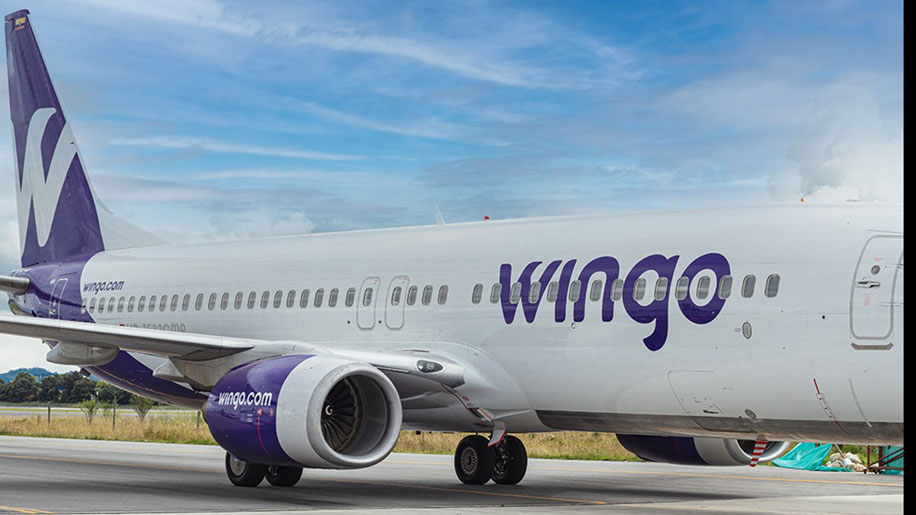 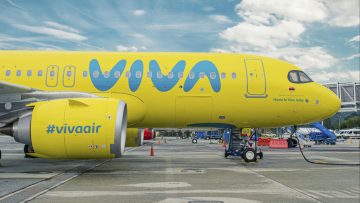 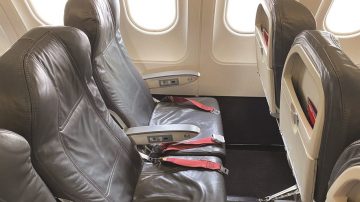