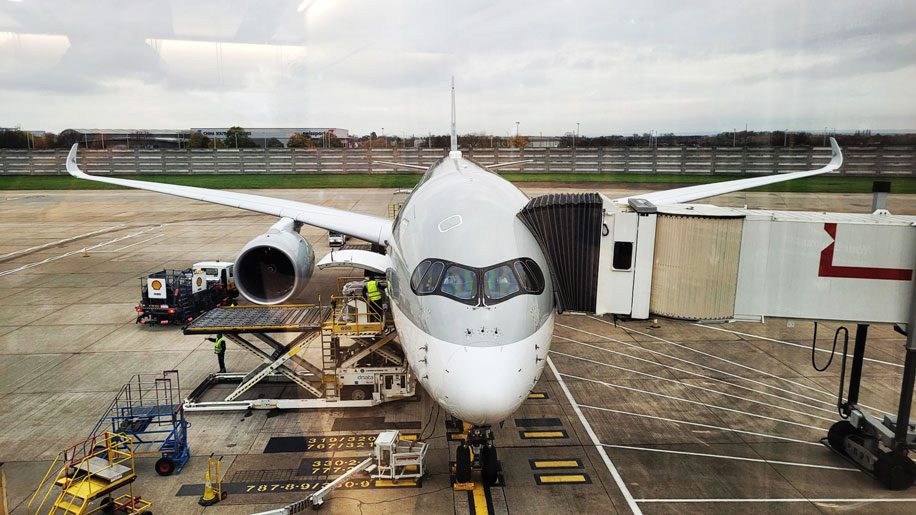 I had originally been booked on the A380 flight which preceded the 1035 departure on QR3057 but for various reasons had missed it. I seem to be missing more flights these days, and while I always have reasons why it is someone else’s fault, from visas to slow security at the airport to train strikes, eventually I will start arriving earlier, planning better, and being more honest with myself. Until that time, I’ll put it down to bad luck.

Luckily, Qatar Airways flies five times daily from London Heathrow to Doha with  variety of aircraft, from the A380 to the B787 to this A350-900. It also flies from Gatwick, in case you go to the wrong airport (in the past, I’ve done that as well).

Once I had managed to change my flight I went through fast track security which took about five minutes, and then went to the Qatar Airways lounge opposite Gate 3.

The Premium Lounge has several different areas, from a bar and dining area through to some comfortable seats with views out onto the apron. There is a choice of cooked or cold options for breakfast, and since I’d been up for five hours without eating, I had some cereal and cooked options, then caught up on some work before one of the lounge attendants came round to say the flight was boarding.

Boarding was at Gate 3 and there was no queue for priority passengers, so I had my boarding pass and ticket checked and walked straight on board.

I didn’t record a video of this flight, but I have flown the QSuite several times previously, so if you would like to see that (on an A350-1000), it is below.

The QSuite is immediately recognisable by the high walls and sliding doors. I was shown to my seat, my jacket was taken, and I was offered a choice of drinks and went for a mint and lime soft drink, which was refreshing.

The seat has a panel with the handheld control for the inflight entertainment and also an AC power point and a USB port for charging your phone or tablet.

This photo shows that. The legs are my reflection, not a design on the console. 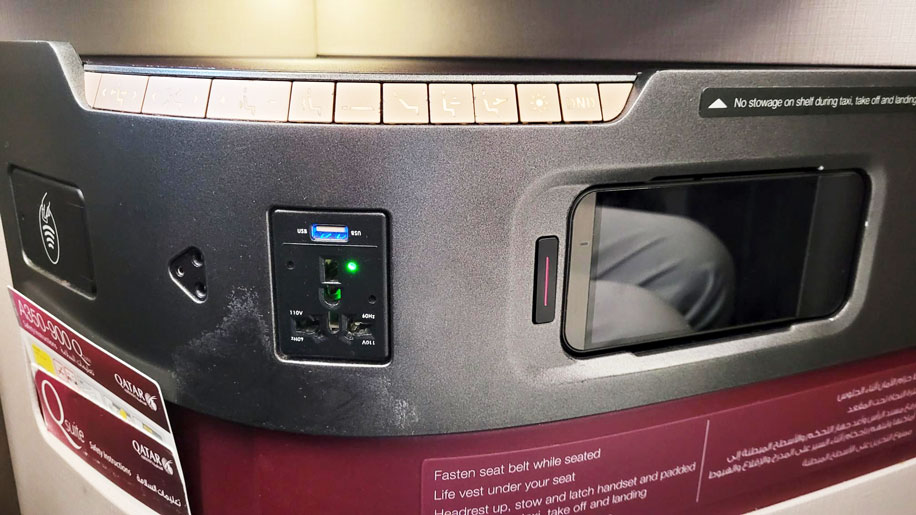 There are several storage spaces, including one where you will find the noise cancelling headphones and the largest being under this seat cushion. When it is down it gives a real sense of space and is also useful for when sleeping, allowing you to stretch out sideways. 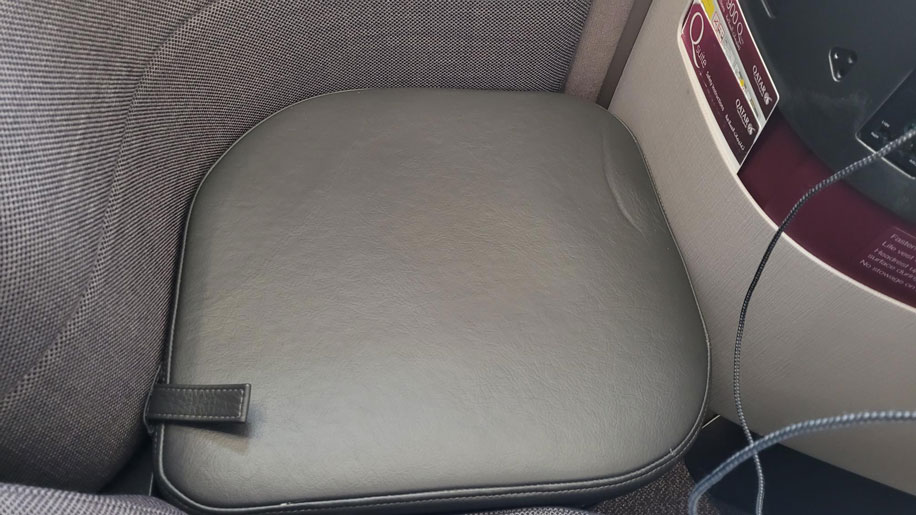 When it raises there is a good size space for a water bottle underneath as well as some of your belongings. 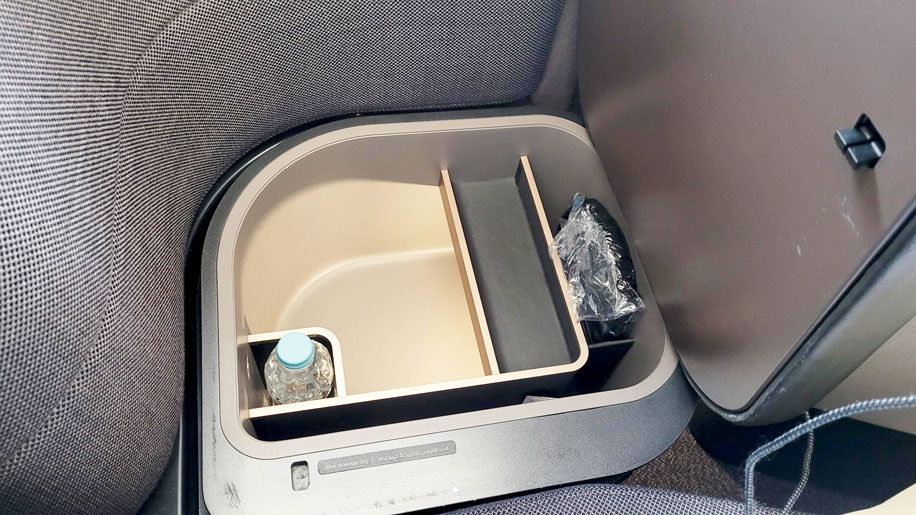 On this configuration there was a larger front cabin of 6 rows, then a galley and a further three rows making a total of 36 seats (or suites). This is the view looking back from row 2. 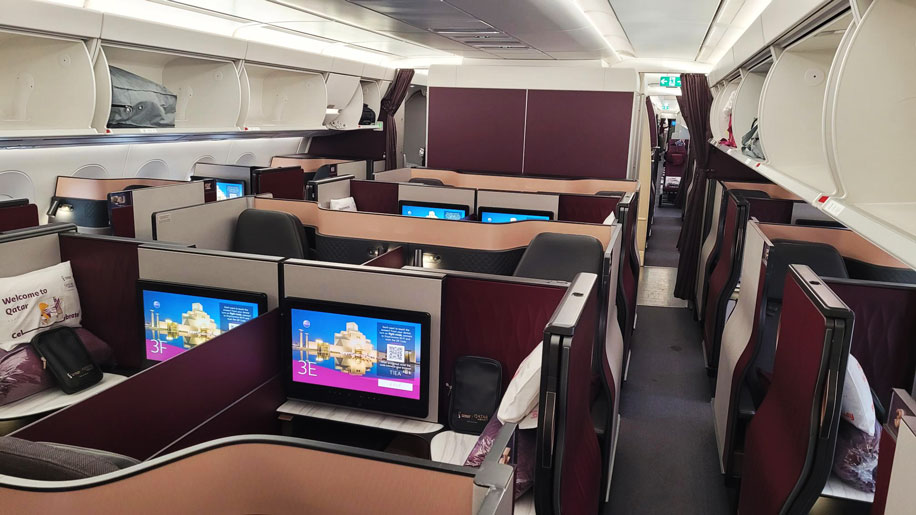 At the seat was a blanket, a pillow and also the large amenity bag, with the FIFA World Cup logo on it.

A flight attendant then offered me the wine list and also the menu. When I asked if my vegetarian meal had been transferred over to this flight, I was assured it had been, which was pretty swift work. 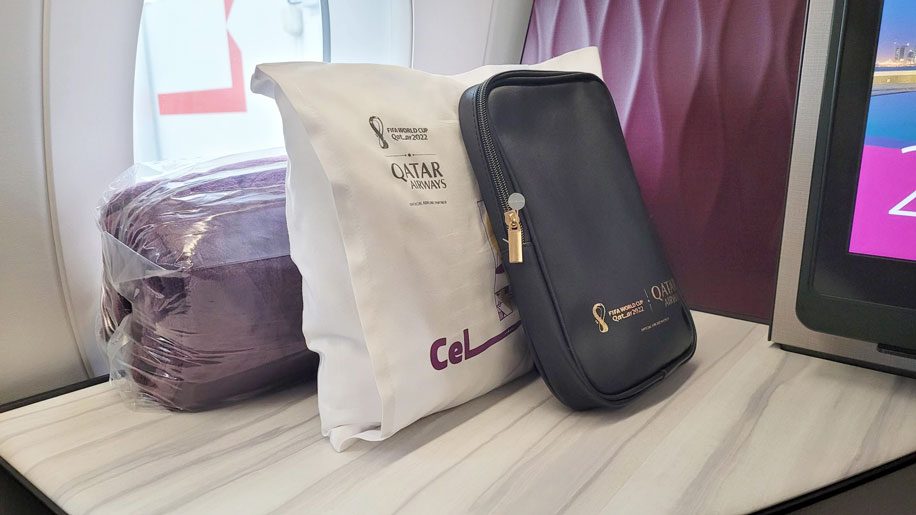 All the seats are very private, and if you are travelling with a companion then you need a centre seat with the seats facing backwards in the centre being those that are closest together. You can also book four seats and create your own privet cabin for four in these centre seats.

The aisle seats are what I’d choose if flying on my own, and have a real sense of privacy. Unlike some seats (or suites) with doors, these seem very high in comparison. 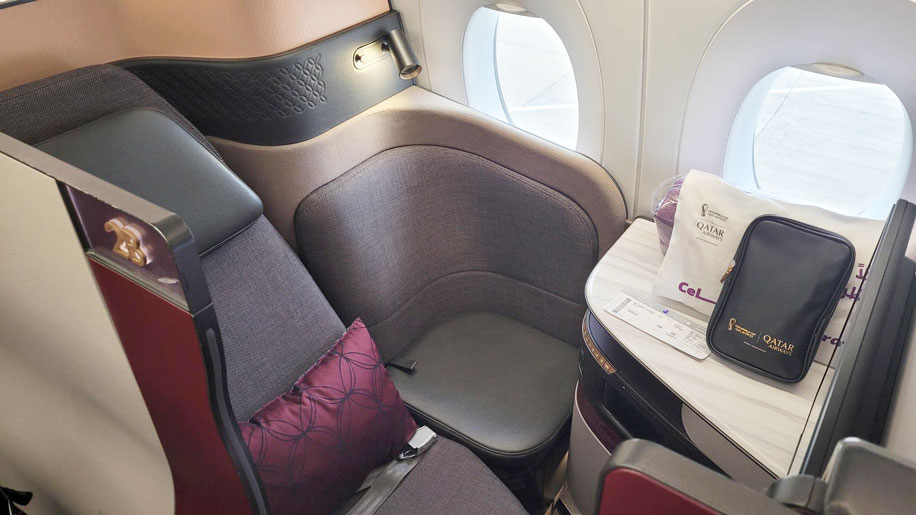 I was in seat 2B (above), a window seat with one seat in front of me which was unoccupied. In this cabin there are three washrooms at the front, including a slightly larger one on the right hand side.

The flight attendant introduced herself and asked when I would like to dine, with options from straight after take off to up to 30 minutes before landing.

The menu is a la carte, and extremely long, so please skip this if not interested.

It began with artisan bread and a choice of starters, including the below, cauliflower cream soup with Romanesco florets. 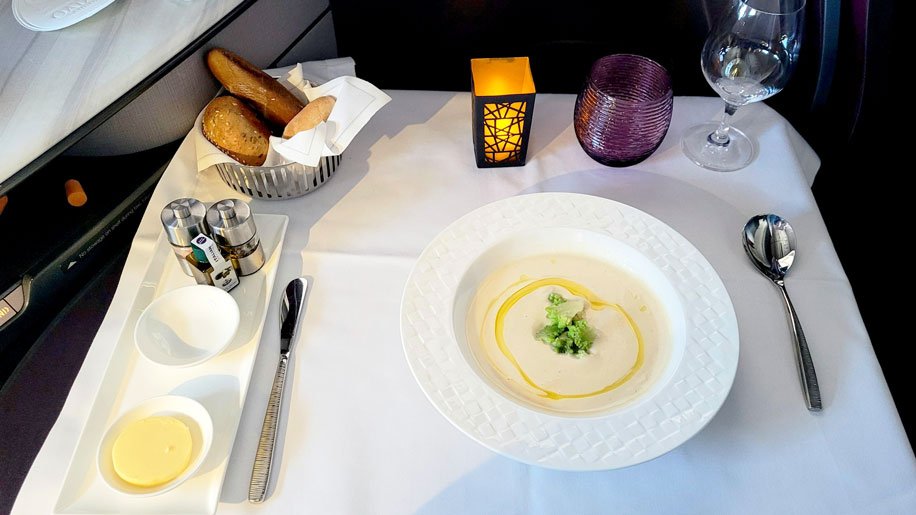 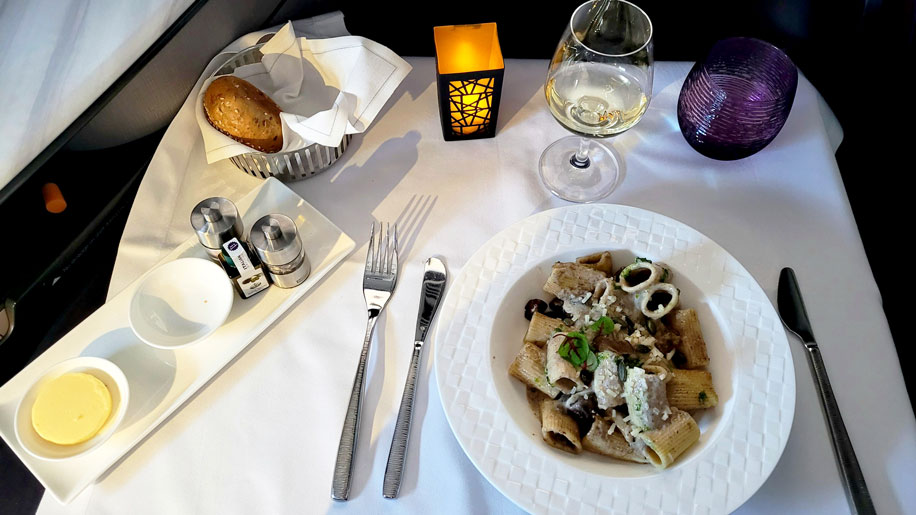 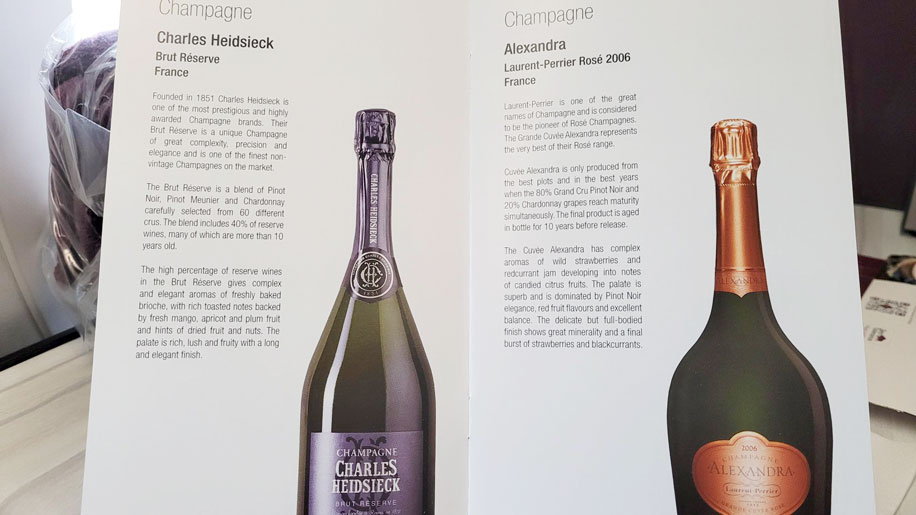 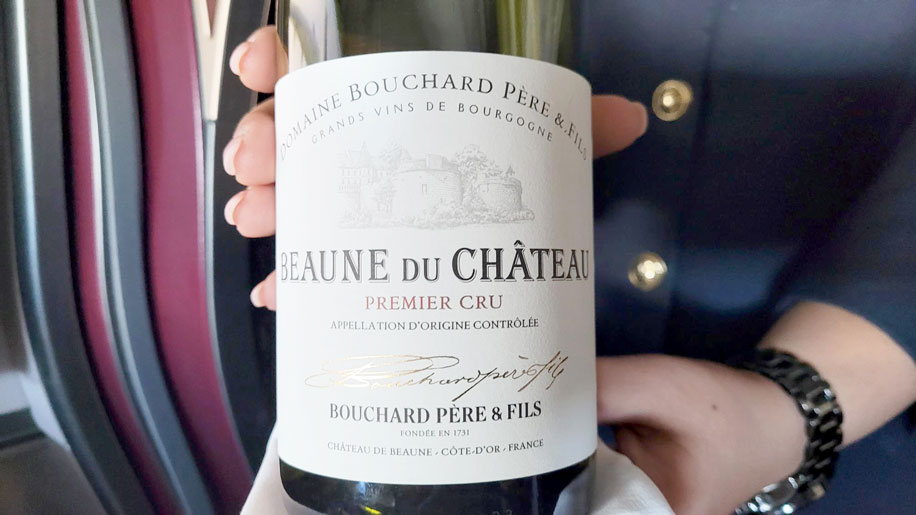 The seat is very comfortable for both working, sitting back to watch a film or read. There was a wide choice of films but I had the rear camera view on for the first hour or so while I read a book and then ate, and then turned off the system, reclined the bed, and went to sleep for over two hours.

There’s lots of room in the seat when it is reclined as well, and you can raise it just slightly from to lay flat which I find more comfortable since it disguises the gap in the cushions which is around the small of your back. Having woken early for this flight I was tired and could have slept for even longer, but when I woke there was still time to have more to eat and drink, and the flight attendants were superb at asking whether there was anything more I wanted or needed. 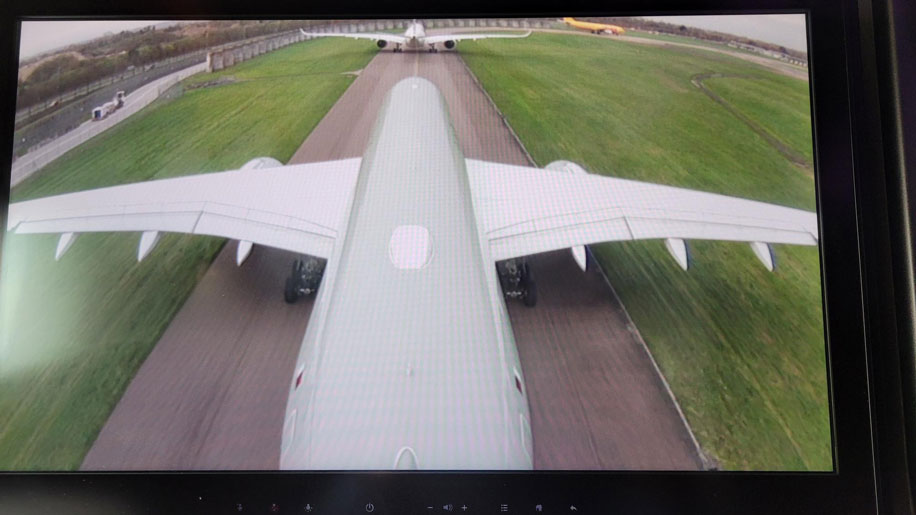 The rest of the flight went quickly, and there were no delays arriving into Doha. We arrived on time at 1950. 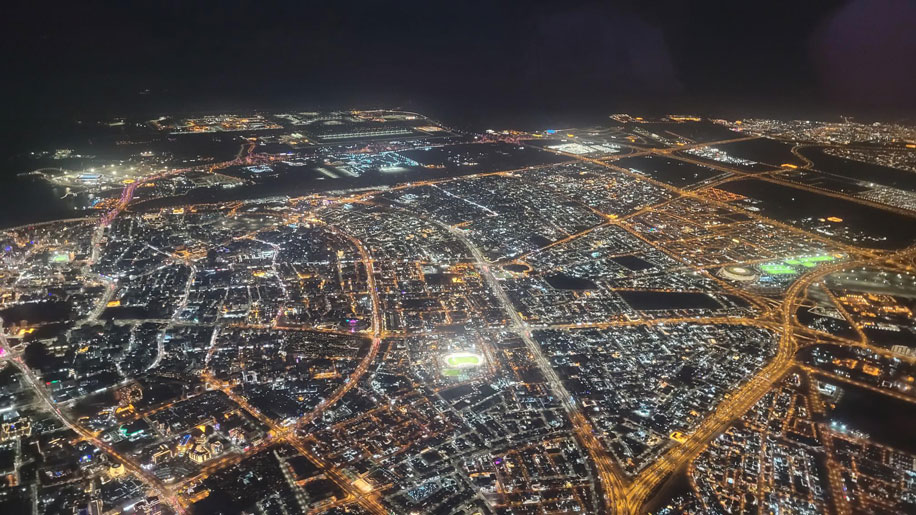 Simply excellent. There are moments, as when the table is laid for the meal, that you have to stop for a moment and compare it with just about every other business class. I haven’t flown every long haul business class available today, but I’ve flown a lot of them, and the QSuite at its best with all the other elements such as the food, the service, Hamad International and its lounges makes for an overall experience which is hard to beat.