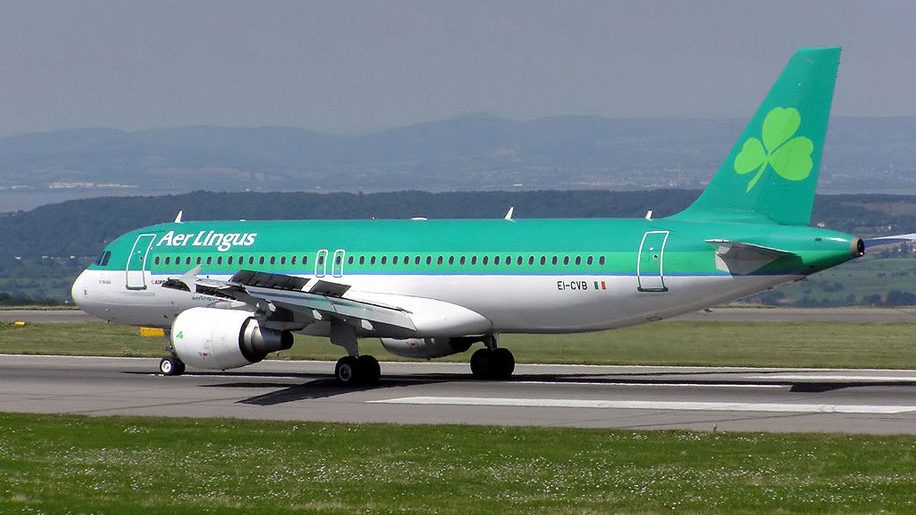 I arrived at Heathrow Terminal 2 at 0820 for my 0950 departure on Aer Lingus flight EI155 to Dublin, a flight of around one hour. I was flying on through Dublin to Hartford Connecticut, so at Zone C I checked my bag and asked for it to be through-checked to the US. I showed my business visa for the US, and after a few minutes of formalities walked straight ahead to the security where there was only a short queue.

The Gold Circle lounge is on the same level as security at the top of the escalators next to the Lufthansa lounge. Since there is no short-haul business class with Aer Lingus, getting into it depends on either having status in the Aer Lingus Gold Circle scheme (now closed to new entrants while the carrier prepares to launch a new Avios-powered programme) or by having an onward flight from Dublin in business class.

Alternatively you can pay an entrance fee of €25 to gain entry.

After the early morning rush it’s certainly spacious, with several sitting areas, plenty of plugs and a restrained, understated design. It’s saved from being completely anonymous by a display with significant dates close to the entrance and the views out onto the runway.

This was from Gate 21. There was priority boarding and then general boarding, though once we had shown our passports were then squashed into the area behind the check-in area until the doors were opened, which seemed to take about five minutes. Once on board the doors were closed on time but then the captain said that there would be a delay because of traffic congestion at London Heathrow and so it proved, since we did not take off until 0920.

As with all Aer Lingus short haul flights, this only had one class – economy. I was seating in 4F. These first few rows are available for reservation with the payment of an additional fee, and for that reason the centre seats tend to be left empty.

Food and drink on these flights has to be paid for, and there is a brochure detailing the prices. There’s a link lower down to the current offering but broadly it was around £4 for a sandwich, or £6 for a sandwich and a hot drink.

After we had reach our cruising altitude the captain came on to say we were at 30,000 feet, over Manchester, would be flying over Wales, and would land in Dublin on time, along with the temperature in Dublin (18 degrees) and to thank us for flying with Aer Lingus.

I had just about enough leg room to work on my laptop, so I wrote this. Obviously it helped having the seat next to me free to put some belongings and also my bag, since I could put it under the seat in front but to one side (the middle seat). The flight was without incident.

We arrived on time into Dublin, and were quickly off the aircraft ready for the onward connection to Hartford, Connecticut.

A comfortable, on time flight. I didn’t pay for any of the food or drink on board, but on a flight time of less than an hour, I wouldn’t imagine many people were buying food or drink either. The menu can be seen below 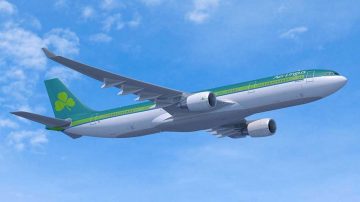 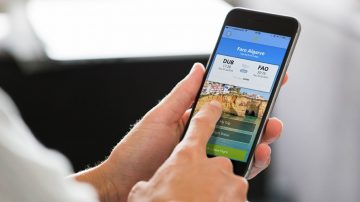