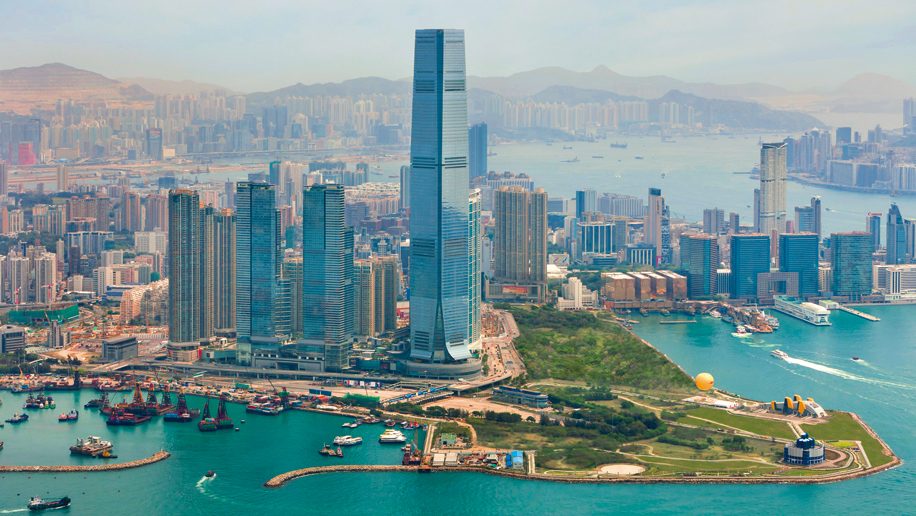 FIRST IMPRESSIONS I arrived at Hong Kong International Airport at 2145 for the 2345 departure on BA26. I had previously dropped off my bags at the city Airport Express bag check-in, and so could walk straight through to security, which wasn’t busy.

I was airside around 2200 and went straight to the shared Qantas and BA First lounge on the same floor as security (turn right after clearing security). There’s a choice of hot and cold food, here, though nothing exceptional, and free, if slightly slow wifi. I had a couple of glasses of champagne and worked.

BOARDING Around 2230 I walked down to gate 16 and boarding had already started, and then found I had been upgraded from 62A to 5F, so Clubworld to First.

SEAT I’d been told that the new First is on 95% of Hong Kong flights, but just my luck, this was the old First. My upgraded seat – 5F – backed onto the galley and is one of a pair in the centre, best for couples and I was travelling alone, but still, I was determined to make the best of the luck. For a seatplan, click here.

The good thing about these centre seats is that there’s plenty of headroom with no overhead lockers, and you are not disturbed with people accessing their bags above your head. The bad part is you may struggle to find space in those lockers above the window seats – though on this flight with most people having checked luggage, there was plenty of room there.

The seat is old, and being replaced, so for details please see previous reviews which are here.

Since the seat details will soon be only of historical interest, this review concentrates on the service. Things that impressed immediately: jackets were taken and drinks offered, obviously, but then sleep suits given out in plenty of time so we could change before take-off. As usual,  I was handed a large sleep suit, and as usual wanted a medium, but this time there were alternate sizes available – great – a choice.

The champagne was obviously vintage, and when there was a slight delay before take-off, the bottle was brought around once more, and poured straight into our glasses, so for sceptics among us we could see the distinctive shape of the Laurent-Perrier Grand Siecle bottle and label. We were also given the Anya Hindmarch toiletry bags.

The flight attendants introduced themselves and thanked us – by name – for flying with BA, and did it in an individual fashion, rather than by rote, and in hearing of the previous passenger and the next passenger, as has been my experience in the past. If I’m honest, I was recognised on this flight as a journalist, but for all the attention I received, I also noticed how the staff tidied the cabin before takeoff, put passengers’ handbags into overhead lockers without complaining, tidied newspapers and magazines from the table in front of 4E and 4F and even went around and explained that this was the old First, but if they took another flight it would most likely be the new First, and talked through the new features of that cabin. I think this approach is an honest one, and I applaud them for doing it.

When the fellow passenger in 5E said no to the food choice and clearly wanted to sleep, the flight attendant offered to make up his bed, did it quickly and efficiently and that was them asleep for the next nine hours. I also noticed how the flight attendants crouched down to talk to us. I know it must be quite tiring to almost kneel to speak to passengers, but it makes the experience far more intimate and gives the impression they are interested in hearing the menu choice or drinks choice or whatever it is a passenger is asking for. As I’ve said in previous reviews of First, it’s these touches, especially in the absence of new product/seating that convince passengers the extras are worth paying for.

FLIGHT Since the flight time had been estimated at 12 hours and 10 minutes, I went for the food service, and worked until it started. Please skip a few paragraphs if this bit bores you…

I was asked when I wanted to eat – again, a choice! – and even though I said, “Whenever it is ready”, in fact when it was ready, I was in the middle of a bit of work and again, I was told this wouldn’t be a problem, whenever I wanted to eat, and the passengers around me were served while I finished what I was doing. Luxury is your own routine, not someone else’s.

Wines: Champagne: Laurent-Perrier Grand Siècle. Whites: Meursault Le Limozon 2007 – served to me with an apology it wasn’t very chilled because of some problem, but it was fine, and just the right temperature for a lovely wine. Grand vin sec du Chateau Doisy-Daene 2008, Bordeaux, (a Sauvignon Blanc, though from a Sauternes chateau) and Petaluma Hanlin Hill Riesling 2008, Clare Valley Australia.

When I wanted to sleep, I stood up, asked for the bed to be made and it was immediately. I then slept for six hours (this has always been a comfortable flat bed seat). When I woke, the lights had been turned on and breakfast was being served. Again, this was served in a bespoke style, with full choice, and I was impressed when the gentleman woke up next to me, only about 30 minutes before landing, he was served the breakfast of his choice, despite the flight attendants being in the middle of tidying the cabin for landing.

ARRIVAL We arrived ten minutes early at London Heathrow Terminal 5 on satellite B, and were quickly off the aircraft, being probably among the first handful of flights landing on this Saturday morning. Only one IRIS scanner was working (for a forum thread on this, click here).

So by the time I got to the baggage counter 15 minutes later, my bags were there.

VERDICT Excellent service. The seat and cabin obviously is antique, but it’s being replaced and with luck, this is the last time I’ll see the old First, but with service like this, it was what First is supposed to be – a treat. 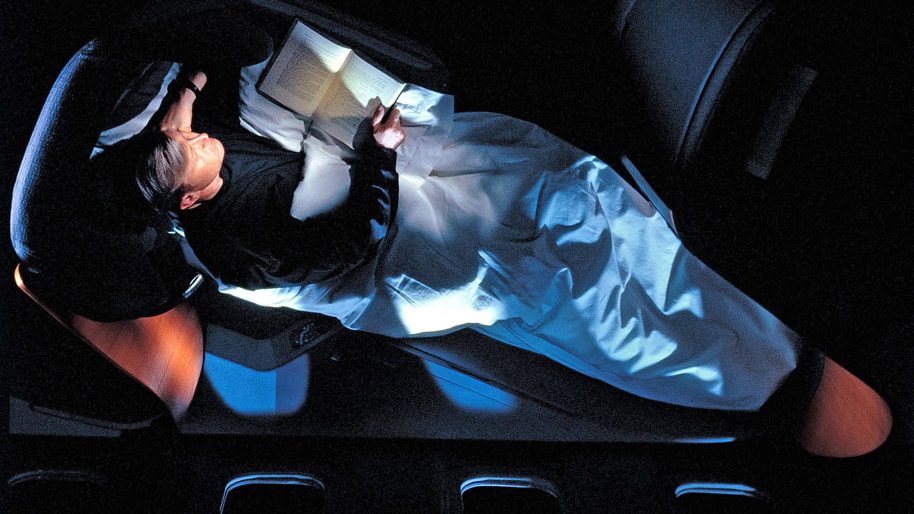