Unlike some of Antler’s other bags – the Antler Business 200 Portrait Mobile Office for instance, there aren’t any front pockets. This simplifies the design and maximises the amount of space inside, but does mean that if this is your one carry-on bag (if you are travelling with certain low cost carriers) then you will have to unzip the main body of the bag to remove toiletries and electrical items at security. We found this the only slightly annoying thing – along with the fact that if the zips are left hanging from the bottom they drag and clang on the floor.

To test the Atom I tested it alongside the mobile office bag (mentioned above) on a weekend trip to Shanghai. I had the 2-wheel, 55 x 40 x 20cm Charcoal Business 200 Mobile Office (because I was taking my laptop), and my wife took the Atom. Both bags performed well, but the Atom is the better of the two (and the more expensive), though the Mobile Office seems to have been discontinued in that particular model and now comes as the Business 200 Portrait Mobile Office 48 x 34 x 23cm Black. You can find all of these models on Antler’s website.

The Atom comes in just three colours: charcoal, silver or a lovely blue, and has a honeycomb-inspired design which is splash-proof along with the smooth-sliding zipper. According to Antler the case is the result of “two years of intense research and engineering”.

Made in the UK , it is the first ever suitcase constructed using Armordon, “a self-reinforcing thermoplastic used extensively in the ballistics and construction sectors, which provides outstanding durability and impact resistance”. Antler says it is “engineered with the expertise of great British design partners who also support Bentley and Aston Martin”.

The case has a fixed TSA lock – probably more of a feature for the larger bags you check-in than the ones you have on the aircraft with you, unless you fear people rifling through while you sleep. There are four smooth glide Hinomoto wheels and it had no problem on various floor surfaces including pavement. The case has an integrated bottom handle, and inside, integrated soft-touch liner, adjustable packing straps and a zip pocket divider.

Finally the case is extremely tough. Heavily-laden, it was accidentally dropped down an escalator at Kings Cross, and seemed no worse for wear, which was more than could be said for the several innocents who were standing on the escalator below and heard it begin its slide with a crash, watching it come past them on the way down. Apologies to all concerned.

An excellent four-wheel choice for a weekend away, though you would need a smaller bag on top for a laptop, iPad etc..

Available at John Lewis and Antler 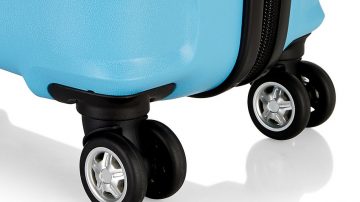 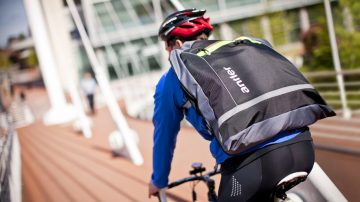 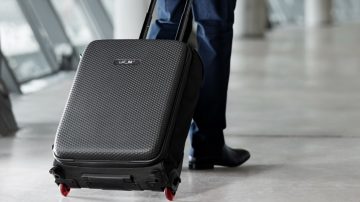