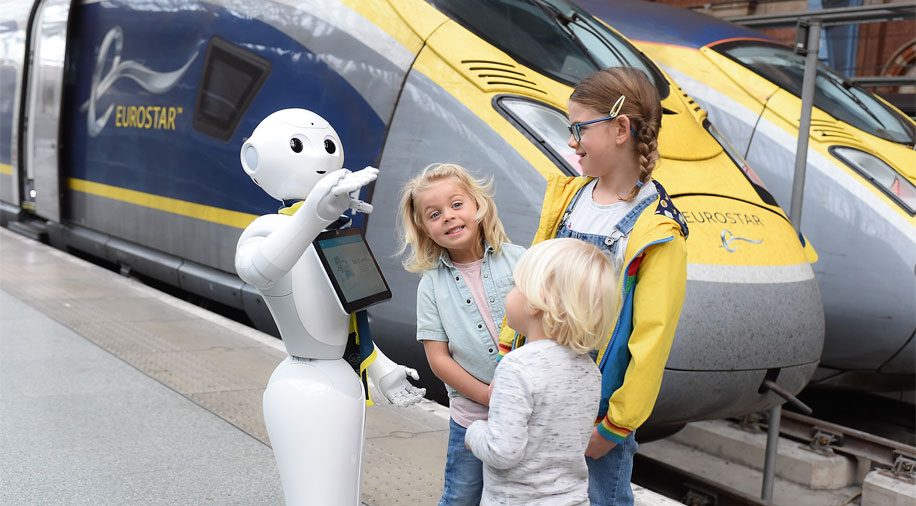 You’d be forgiven for finding the newest staff member at London St Pancras a tad robotic.

Eurostar today announced the arrival of Pepper, a humanoid that can interact with passengers and respond to questions via a screen mounted to its front.

The train company said it would be a fun way for families with children to pass the time in Eurostar departures. Pepper can provide passengers with an interactive station map, information about Eurostar and destination tips for Paris, Brussels, Lille and Amsterdam – as well as answer queries and pose for selfies. 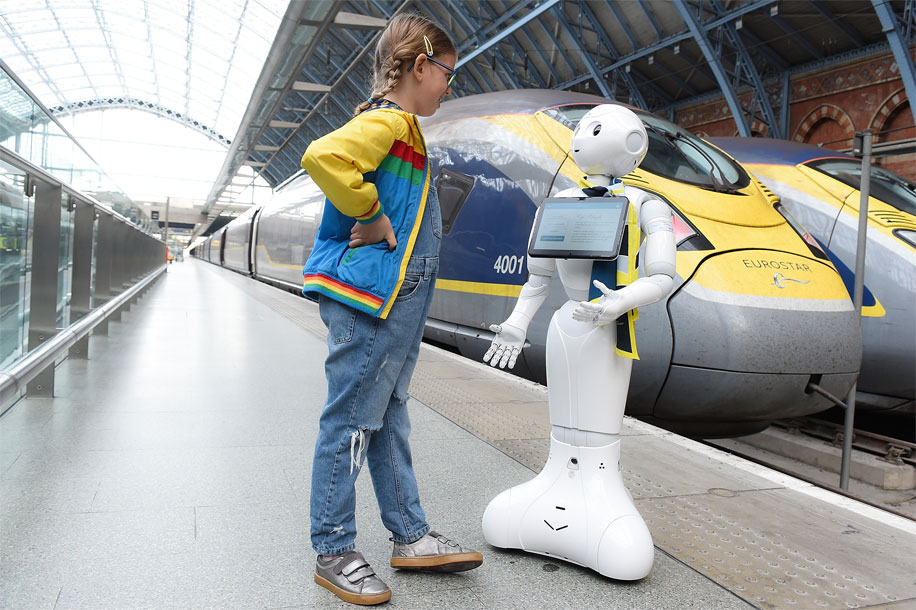 On its website, SoftBank describes Pepper as “the world’s first humanoid robot that can move naturally, avoid obstacles, identify sounds, and recharge independently.”

“Pepper offers a fun way for customers to find out more about their journey and destination, and we look forward to hearing the feedback from our customers so that we can continue to improve their experience,” said Perrine Allain, Head of Digital at Eurostar.

Pepper will remain at St Pancras for the rest of the year, and move to other high-speed rail operators in 2019.

Though a first for the UK travel industry, a host of humanoid robots have already been put to work at airports and hotels around the world.

Two Peppers process passengers at Taipei’s International airport, KLM tested the “Spencer” robot at Amsterdam’s Schiphol airport, while Marriott, Hilton and Mandarin Oriental have all invested in robots at some of their hotels.

In 2015 the Henn-Na Hotel in Nagasaki became the first hotel run by robots. 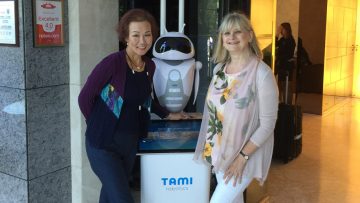 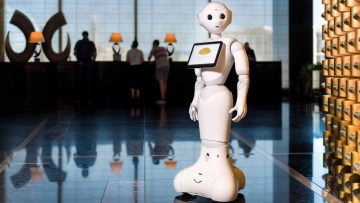