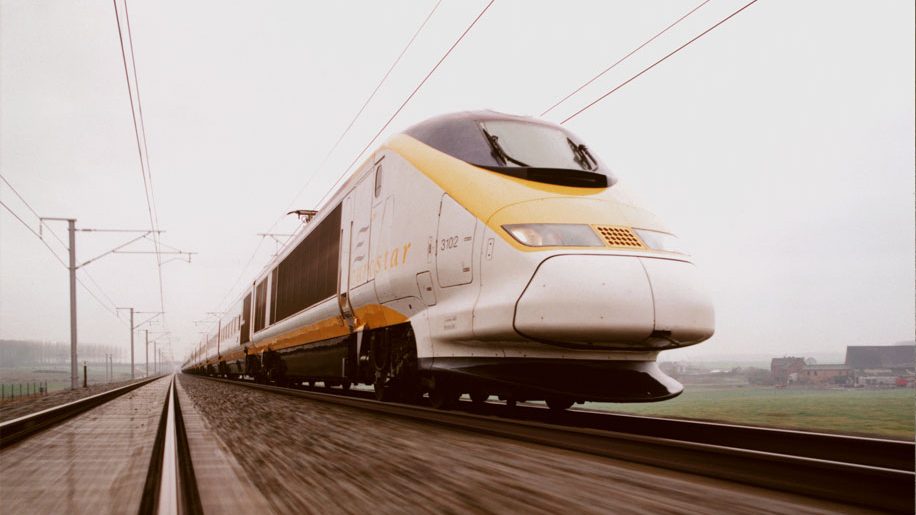 Fans of Eurostar’s original French trainsets will be disappointed to learn that most now face the scrapyard.

So far there has been little publicity about the scrappage.

But Business Traveller can reveal that from now, and over the next few years, the 27 Alstom-built 18-coach trainsets will be reduced to just eight. And all of these eight will be refurbished.

It had been thought Eurostar would retain more of the originals in order to cope with future growth.

But the die was cast when, a while back, Eurostar decided to increase its initial order of ten new German-built trains to 17.

A few of the Siemens trains entered service late last year.  Currently they operate only to Paris and on an ad hoc basis.

But next year they will be approved for use to Brussels and Amsterdam.

These Siemens trains are capable of operating to more European countries than their Alstom counterparts.

So far only two of the original Alstom trainsets have been refurbished (and rebranded e300) to date. Another six will follow.

One suspects that those “tired” trainsets (the ones about which many readers have complained) will be the first for the scrapyard.

The Siemens trains come with the latest technology including onboard wifi.

But initial passenger feedback was mixed. According to a standard.co.uk report last December passengers complained about “hard seating” and “bright lighting.”

Eurostar’s original Alstom trains are 22 years old. That’s still young by rail industry standards when you consider that the diesel HSTs which form the mainstay of the Great Western fleet are over 35 years old.

So could their life be extended?

Why cannot they be used to boost UK domestic capacity?

There are many reasons why this isn’t possible. But one example would be their length. At 18 coaches long they would be excluded from most if not all UK domestic stations.

It is true that some Eurostar trains did operate within the UK.*  But these were regional 12-coach trainsets (leased by GNER for the London-Leeds route) which were later transferred to France’s SNCF.

Eurostar emailed a statement to Business Traveller which says, “Over recent years we have been carrying out a complete overhaul of our fleet which includes the introduction of 17 new e320 trains and the refurbishment of some of our original sets.”

“The refurbishment is going well and we now have two e300s in commercial service. (Our new fleet will consist of 17 e320s plus eight e300 trains).”

“As each e320 carries 900 passengers, which represents 20 per cent more seats than the original trains, we are now well placed to meet future growth and demand.”

“With these new trains which have more seats and the capability to go to new destinations we no longer need to keep all of our original trains.”

“That is why we have taken the decision to have some of the sets recycled.”

Note: * Eurostar was allocated a subfleet of 12-coach regional trains. These were intended to operate daytime services between the Midlands, North of England, Scotland and mainland Europe. But the plans never came to fruition.

Loading comments...
Read Next
Park Regis Shoreditch to open in 2017
Read Previous
Dubai International to increase A380 stands to 47