Compensation culture is pushing airline payouts beyond what is reasonable, says John Strickland.

One of the many memorable comments by Ryanair boss Michael O’Leary over the years was this, back in 2002: “Are we going to say sorry for our lack of customer service? Absolutely not. If a plane is cancelled will we put you up in a hotel overnight? Absolutely not.”

He has probably softened his stance, if only because today airlines experience increasing external challenges to maintaining their schedules while at the same time facing the threat of regulation in the form of EU261, under which significant compensation payments can be claimed by passengers.

To express an opinion that might be unpopular: we want low prices, we’ve seen an enormous increase in affordability and choice of flights, and yet compensation culture has gone crazy.

The sums being paid out by airlines under the EU261 legislation are rising and bear no relation to the typical prices paid for tickets. Why should a customer who has paid £50 for a flight be compensated to the tune of several hundred pounds if it is delayed or cancelled?

Consider that for other forms of transport there’s nominal compensation, if any, when things go wrong – maybe a ticket refund if you are lucky. If the car you’ve ordered for a Friday delivery is late you’re not compensated with two cars on Monday. Or if a burger chain burns your value meal, you’re not compensated with a three-course dinner at a fancy restaurant. So why is the airline industry different?

How long can carriers sustain the rising levels of payouts? A look at the growing list of airline failures over the past 18 months is indicative of the challenge. There were various reasons behind each failure, but in a number of cases the burden of excessive compensation payouts has been a contributory factor in driving some of these companies to bankruptcy.

The big guys may be able to live with it, but even for them the compensation bill is becoming one of the biggest costs of operation. Last year Easyjet saw disruption costs rise by £70 million. For Lufthansa, irregularity costs were up 70 per cent to more than €500 million.

Air traffic control (ATC) delays or strikes, completely outside of airline control, have been two of the biggest culprits. An ATC delay on one flight typically knocks on to other flights, especially on short-haul, where aircraft fly back-to-back between five and eight times a day, so there is a massive multiplier for airline liability. Under the legislation, technical delays or cancellations are not regarded as exceptional circumstances. It’s as though airlines are being “punished” for focusing on the enshrined principal of safety.

Of course, the aftermath of delayed and cancelled flights is terrible. Holidays ruined, funerals missed, business plans in disarray. But I’ve never seen an airline willingly inflict this kind of pain on its customers. After all, ticket revenues are their lifeblood. When flights are disrupted, these very revenues pour out of the door. Carriers face a double whammy as costs ratchet up to pay for refreshments, accommodation and potentially having to book disrupted passengers on to competing airlines. All of this is before the floodgates of compensation are opened.

Do we want to see more airlines go to the wall? To lose many convenient but marginally profitable air services because they become unsustainable owing to the excessive burden of compensation costs? One regional airline that I spoke to last year offered a popular summer seasonal service to Nice from a smaller northern European city. The compensation payments it was obliged to pay for two flight diversions and two cancellations caused by ATC strikes more than wiped out its modest profits for the entire summer. Its decision: it would not operate at all this year.

Is this what we really want? Sure, airlines should be accountable for factors that are genuinely within their own control but the list of things for which they are now expected to carry the can and pay out has long passed the point of being a joke. If we want the certainty of long-term sustainable air services and the array of competitive choice of products and prices that we enjoy in many markets, then there needs to be a change to this compensation culture and a more realistic approach adopted.

Loading comments...
Read Next
I can’t get no satisfaction
Read Previous
Expect the unexpected 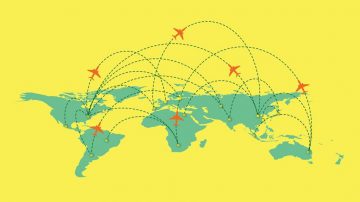