The merger of Marriott with Starwood Hotels and Resorts has created a company with some 30 hotel brands. Making sense of them, and explaining them to travellers, is the task of Marriott’s marketing department. I met up with Osama Hirzalla, Marriott International’s VP brand marketing & eCommerce Europe, to find out how Marriott intends to explain why we need these 30 brands, and how he was going to promote them through social media

You have 30 brands now. If you had the choice, would you prefer fewer?

No. There is an opportunity to grow within a different category for each brand. So if we look at the luxury category, we can offer the consumer so many different choices with different experiences and different products. It’s a diversified menu of options allowing us to target different consumer profiles within that category. So maybe a Ritz-Carlton consumer may see themselves as a Ritz Carlton guest, but there are people who like to go to a W, which is also luxury but has totally different attributes. So instead of offering one brand in each category that fits a specific customer group, once we acquired Starwood and made the decision to keep all the brands, it helps us rise above that and see things through a different lens. Within these categories we can give the consumer multiple brand choices.

So how do you distinguish between them all?

It’s not easy. But by making sure you are true to each brand and what it delivers you stay true to what you are promising to the consumer. We try and give each brand a different experience so consumers can truly differentiate Courtyard from Four Points, for instance. They are both in the same category, and they will offer the same product more or less, but maybe the service or design or lobby layout is different, and they have different touch points and signature services that define those brands so the consumer can clearly see the differentiation.

It must be expensive in terms of marketing to articulate that differentiation to customers.

In the past, if you were dealing with one brand, there would be a start and a finish from a campaign point of view, but when you talk about seven brands in a category you have the opportunity to always be “on” – always communicating. This gives us the ability not necessarily to reduce costs but to have a continuous presence within each of the categories. As a result, I strongly believe that you will see us be more effective in communicating different brand messages within each category, and have that always “on” marketing that everyone dreams of.

And that’s digital as well as print and social media as well as digital.

I believe in a robust ecosystem that has all of the different components, including social, content, paid content and earned media, so if you have this,  the right platforms, technology behind it and provide the monitoring and recycle the creation of user-generated content, we should have control. But we also believe that consumer driven content is king from a marketing point of view. Content is created every minute, every day in our hotels. People are sharing beautiful imagery of food, beverages, spas, bedrooms and sharing them with the world. So by reaching out and getting permission to use that content to drive authentic real stories and messaging and stories you take the concept of brand marketing as we used to think of it and it becomes the voice of the consumer and their own perception of the brand. So it’s gone from clear brand campaigns to using consumer stories.

But that’s difficult to control…

How do you monitor the social media interaction?

We have the M Live social hub in London to showcase what people are sharing. We follow hashtags and geo fence our hotel locations and we are able to see what people are saying about us. For those who have strong followings we are able to interact and enrich their experiences, whether during the stay or after. Every morning, I can go in and see within the last 24 hours which hotel was trending, and I can go into the posts of that hotel and see what happened last night and what’s going on. It provides an alert system for positive and negative reactions, allowing you to respond or engage with that content.

One day, I came in and the Leicester Marriott was the most-trending hotel. It was because an Indian wedding had taken place the night before, and it was very popular, and there were wonderful images with hashtags with the name of the hotel. So that was brilliant to be able to understand, and we can reach out to the bride and groom to use some of the images because they were significant to our wedding strategy in the UK. That’s how you need to be clever, so you become part of the conversation. It’s not about being big brother, but how you become engaged in conversations.

And how do you measure whether the spend was worth it?

There’s an index called return on engagement which is a combination of metrics – shared, likes, commented, so it’s a combination of an aggregate score of all of these together along with how much you are investing in tools and licences and reports and what you’re getting back. It’s an index that companies are using to measure the effectiveness of social against their investment.

So that’s return on engagement. What about return on investment?

Maybe they are taking a picture of it saying “I can’t eat this I’m far too full”?

Loading comments...
Read Next
Why air travel is an exercise in sado-masochism
Read Previous
How technology has inspired a business travel transformation 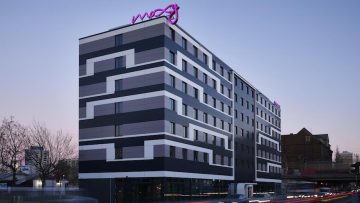 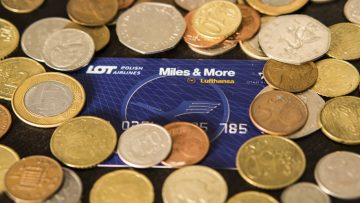 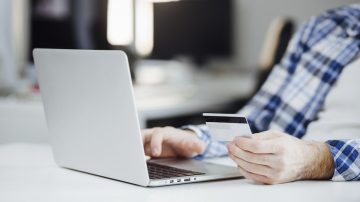