John Strickland puts the case for why Heathrow is the clear choice.

The slow process of securing the green light for a new runway in the south-east of the UK continues. The government has put its support behind the runway being built at Heathrow, but take off is still a distant prospect. The plan is for the new runway to be built by 2025. Let’s see…

This is a key year, as a number of consultations take place on the plans which, because of Heathrow’s populous location, are highly sensitive. It’s a political challenge. Respect for and investment in the welfare of the affected communities is essential, but politicians seem more willing to grasp other sensitive issues, such as defence strategies  or the building of nuclear power stations, rather than grapple with the need for more airport capacity.

Airports create and support jobs, and they are a fundamental part of infrastructure for any economy dependent on trade, business and tourism. The UK is just such an economy as it heads for its brave new Brexit world. Nor is it a case of just any old airport in any old place, it has to be the right airport in the right place.

Heathrow packed in 78 million passengers in 2017 – up two million on the previous year, despite being effectively full. This is a clear  indication that it’s the right airport. It’s where airlines want the new runway. Heathrow’s catchment includes the wealthier parts of Greater London and the surrounding counties, meaning it attracts a much higher proportion of travellers willing to pay premium airfares, far beyond any other London airport or indeed most other airports in the world. This means richer pickings for airlines. Millions of pounds change hands as they are willing to pay premium prices for slots, knowing the strength of projected forward revenues. On top of this, the scale of the airport provides a critical mass and connection opportunities between long-haul and short-haul flights that, for airlines, means they can support more direct routes.

Gatwick, too, is a good airport, but it simply cannot match Heathrow. Its passenger profile is far more reliant on leisure travel. Airline services are heavily skewed towards short-haul routes, so there are far fewer connection opportunities than at Heathrow. It has seen some success in developing new long-haul routes, though mainly to leisure markets. Some airlines have begun long-haul services to Gatwick as a means of accessing the London market, only to up sticks and move to Heathrow when slots become available. Some Long Haul Low Cost Carriers (LH LCC) have trailblazed from Gatwick. Norwegian has a LH LCC base there, but the airline’s business model has yet to prove it is capable of sustainable long-term profitability. A future economic development strategy cannot rely on this airline business model alone, and this model’s popularity with customers doesn’t take away the need for increased access to a powerful hub airport such as Heathrow. If a runway was built at Gatwick alone, the UK would lose some airlines altogether; the airlines would allocate capacity to other markets, rather than accept weak premium traffic.

Though airlines see the advantages of a new Heathrow runway from a revenue perspective, they are not prepared to fund expansion at any cost. These days there is far more hard-nosed dialogue on costs between airports and airlines, even at Heathrow. Airlines have been vocal in their condemnation of Heathrow’s proposed costs for a new runway and associated infrastructure investments. IAG,  the largest customer of Heathrow and parent of British Airways, has indicated that without the right costs it will cease to grow at the airport and will instead go elsewhere – to Dublin or Madrid, for example, where it has other hubs. The airport has subsequently put forward revised costings and there are competing groups with proposals for expansion at still lower costs.

None of this alters the fact that if there has to be only one new runway, then Heathrow remains the right place to build it. The reality is it’s a political choice to build only one runway. But Gatwick is also almost full, and without political constraints both airports should be left to make their own commercial judgements on runway capacity. Future growth will require more capacity at both airports, but the urgency is being able to meet the type of demand and to create the connecting opportunities that only Heathrow can provide. The UK will lose out economically if it doesn’t deliver on this.

Loading comments...
Read Next
A passport to the future
Read Previous
How the business lunch has changed 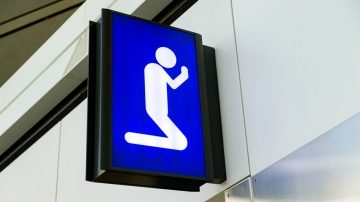 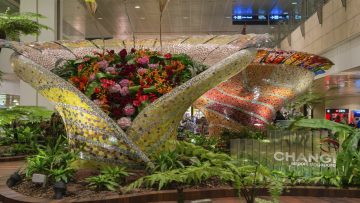