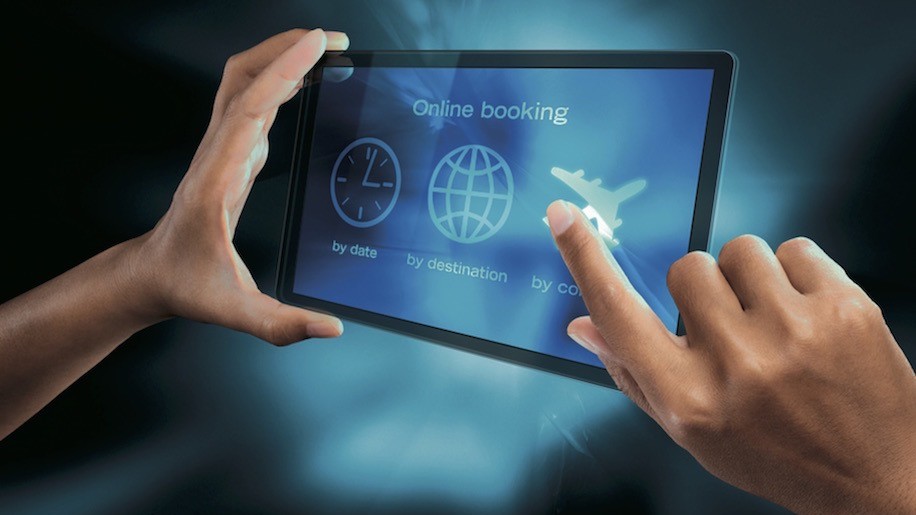 As the country opens its doors to other countries with its revamped e-visa regulations and a burgeoning investment environment, travel is at an all time high. An industry that contributed ₹7 lakh crore to the country’s economy last year and employed 3.6 crore Indians, tourism (business and leisure) will contribute to 7 per cent of India’s GDP by 2015-2016 financial year end. These staggering figures are a parallel outcome of the inception of entrepreneurial online travel agencies (OTAs) that recognised certain gaps in the Indian market, almost 15 years ago. The phenomenal transition from the offline to the online space was taking place, and start-ups took birth to acknowledge this change and revolutionise the operations of travel business.

MakeMyTrip.com, a name that’s synonymous with online travel bookings was the first to enter this market. “Created to empower the Indian traveller with instant booking and comprehensive choices, we began our journey in the US-India travel market. After consolidating our position in the US market, we launched our India operations in 2005. In August 2010, MakeMyTrip had a successful IPO on NASDAQ, becoming the first Indian travel company to list overseas,” says Rajesh Magow, Co-Founder & CEO-India of MakeMyTrip.com. The company heralded a transformation in the way travel is purchased in India.  From a personal interaction with a travel agent to an online transaction interface, the concept was leaps ahead in time. It’s safe to say that the urban travel consumer of the early millennium was skeptical about the safety of e-transactions. MakeMyTrip.com offered a value offering that broke the norms of travel buying, convincing enough for the end-customer to alter his mind-set. A (human) travel broker sitting behind a computer screen, always offered filtered information to the purchaser. MakeMyTrip provided transparency in a very opaque travel world, by providing a hoard of information within a click, or two, without any middle-man. The customer was empowered with the knowledge of ticket prices, baggage allowances, visa procedures, terminal details — all on one platform. The information was free of cost and the power to make the decision was solely in the hands of the traveller.

Come 2006, and another player by the name of yatra.com ventured into this fairly new business (at that time). A vision of Dhruv Shringi and his partners, the company launched as a three person team, and today employs over 2,000 people. The portal gained more credibility with investments by the likes of Reliance, Norwest Partners and TV18, and now claims to enjoy a growth of 40-50 per cent annually. The year 2006 also welcomed the UAE-based online travel agency cleartrip.com, goibibo.com in 2010 and (Microsoft’s) Expedia in 2011. “Expedia helped travellers to get access to an expansive global itinerary that was not available with other domestic players. Our joint-venture with AirAsia facilitated unparalleled value and a richer suite of compelling offers for consumers aspiring to travel international, with extremely affordable pricing. We introduced many firsts including flight plus hotels, that was later adopted by all local players. The portal also features over 3,50,000 plus independent and verified traveller reviews; the portal allows access to reviews by Indian travellers, to help consumers make an apt hotel choice,” says Manmeet Ahluwalia, Marketing Head, Expedia India.

The concept of an online travel agency is simple but brilliant — provide a comprehensive travel purchase experience to the customer by partnering with hotels, airlines, railways and busses around the world to offer. “Since online businesses operate on scale, and are not as capital-intensive, the costs incurred by the company are lesser, and these benefits get passed on to the customer. Thus, the price of tickets, hotel-rooms and holiday packages offered by an OTA are cheaper than a traditional travel agent,” says Magow of MakeMyTrip.com. Yatra has one of the largest inventory base with over 40,000 hotels available across the country to choose from, while MakeMyTrip provides access to over 25,500 hotels and guesthouses in India, and more than 2,50,000 hotels outside India. The model that does well across all the platforms is the holiday package offering, since it resonates with the Indian travel audience’s want for the best possible deal online. “Expedia was the first one to offer products like “Build your trip”, last minute sales, hotel sales, that have now become industry standards in India,” says Ahluwalia of Expedia. The companies continue to evolve with the times to be sustainable in the dynamic Indian market; MakeMyTrip.com launched a booking app in five different Indian languages and, yatra.com and cleartrip.com have consciously began tapping into the budget accommodation space. Recently, yatra.com has expanded upon their services to offer cruise packages as well. Noted American review company — TripAdvisor, also plans to enter the online business space.

Over a decade after the firms’ presence in India, it’s no surprise that loyal customers account for a substantial amount of their database. The players have carved out differential loyalty programmes addressing their respective frequent buyers. MakeMyTrip.com’s MyRewards offers a free hotel-room night voucher worth ₹3,500 with four eligible bookings. Customers also receive PAYBACK points on every transaction. Yatra, as well “has an interesting eCash option where people can benefit by earning on every booking as well as enjoy hassle free refunds. For loyal customers, Yatra credits some additional eCash as gratification that can be used for future bookings. We also ensure that our loyal customers get a special preview of the various sales by airlines and hotels on our portal,” says Sharat Dhall, President, yatra.com.

Business travel is also a recognised segment with these players. While yatra.com provides the frequent corporate traveller (accounting for 50 per cent of their business) with lounge access at airports and attempts upgrades whenever possible, cleartrip launched an exclusive online business travel solutions product that caters to small and medium sized industries that business travel with them. “After conducting in-depth research, we found that companies felt their travel expenditure was inefficient, on top of which many had to pay for additional overheads in terms of implants, raising concerns about transparency and administration. Cleartrip for Business enables a corporate to proactively take complete control of its travel expenses. Five months since its launch Cleartrip for Business has seen incredible momentum, with 500 forward-thinking companies signing up,” says Naveen Gulrajani, Vice-president, Sales, Cleartrip.

E-commerce travel businesses have no doubt evolved with the times; the Indian consumer is very smart-phone friendly and the firms keep upgrading their cutting-edge apps that allow hassle-free and smooth mobile bookings. Yatra.com claims that about 50 per cent of their bookings happen via smart-phones, note that these transactions are high in value, implying the comfort levels of the Indian customer with technology. Expedia’s intuitive mobile app not only helps the travellers book their trip, but also acts as a travel companion, with reminders for the holiday, flight, information like flight boarding gate, baggage belt and directions to the hotel booked. “The Indian consumer is evolving and has become more aware of the online world. Online travel industry in India constitutes over 70 per cent of the total e-commerce market. India’s online gross bookings are expected to touch $12.5 billion in 2015, according to a report released by PhocusWright. With OTA’s offering mobile apps for booking; it has become easier for consumer to also book on the go,” says Ahluwalia of Expedia.

The future of the online travel business is undoubtedly bright enough to incite new, entrepreneurial players into the market. “Online travel is among the first eCommerce categories to scale up in any industry,” says Magow of MakeMyTrip.com correctly. “With newer technologies and platforms being introduced rapidly, more players are flooding the market,” he adds. Even though MakeMyTrip is the dominant market-leader with 47 per cent market-share (as per an independent study conducted by PhocusWright in 2013), the other firms, with their unique product offerings cater to their respective target audiences.

Loading comments...
Read Next
The science behind in-flight food
Read Previous
The value of pre-paid cards in employee-managed travel 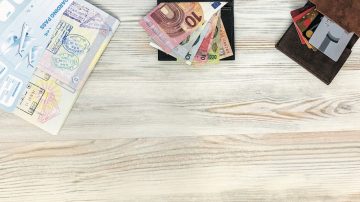 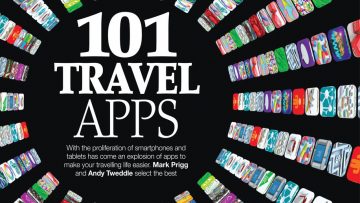