A passport to the future

Worried about Brexit? John Stepek looks at how to hedge your bets with an EU bolthole.

A second passport can be a useful accessory for all sorts of reasons, but it has acquired an almost totemic importance for some in the wake of Britain’s 2016 vote to leave the European Union. We don’t know exactly what sort of deal we’ll end up with, but many are keen to hedge their bets, just in case. So whether you’re a British citizen who wants to ensure your continued freedom of movement, or you’re from outside the EU but are keen to own an EU passport, what’s the easiest way to go about it?

Unless you are attached to gaining citizenship of a particular EU country, then the first thing to check is your family tree. Most nations make it relatively straightforward (if time consuming) to acquire citizenship if you have a parent or grandparent who is, or was, a native. Ireland is perhaps the most obvious and straightforward option for the many British people who have Irish ancestry. But as long as you can devote some time to tracking down lots of documents, acquiring citizenship via ancestry is usually the easiest solution.

If you don’t have familial links to Ireland or the continent, what are your other options? If you already are an EU citizen (which for the time being still includes British citizens), then you could move to the EU country of your choice. In most cases, once you’ve lived there for five years, and integrated to a reasonable extent (ie you have some knowledge of the language and culture), then you’ll be well on the road to getting a passport. Of course, the tricky part is uprooting yourself for five years if you are just doing it to get hold of an EU passport.

The other option is to buy your way in. Several EU countries offer so-called “golden visa” schemes that allow a non-EU citizen to gain citizenship in return for investing there, without spending a lot of time in the country; but most of these require existing EU citizens to pursue the residency route instead.

The good news for potential Brexit refugees is that two EU countries offer citizenship-by-investment schemes to those with sufficient high net worth. And while you need to own a property there to qualify, both are very pleasant places in which to consider buying a bolthole.

First, there’s Cyprus. To become a Cypriot citizen, and thereby acquire that EU passport, you need to invest a total of at least €2m in the country, including the purchase of a home worth at least €500,000. Investing in the country can take the form of approved stocks and bonds, real estate, or investments in local business (ie those with a physical presence in Cyprus and employing at least five workers locally). You can get your passport pretty quickly, and you don’t need to live in Cyprus to get it (although you will need to visit during the application process). According to citizenship planning specialist Henley & Partners, approval is typically received within three months, which “makes Cyprus one of the fastest destinations in which to obtain a second citizenship”. Furthermore, while you need to own the residence permanently, your other investments can be sold after three years. So over the longer run, only the €500,000 you pay for the property is locked up.

The second option is Malta. Under Malta’s Individual Investor Programme, you can acquire a passport, but all in, it is both more expensive and time-consuming than for Cyprus. Firstly, you have to make a €650,000 contribution to the Maltese government’s national development fund. You also need to invest €150,000 in government-approved shares or bonds. Then, you need to buy a property worth at least €350,000 and agree to own it for at least five years, or commit to renting a property for at least €16,000 every year for five years. There are also additional costs for each family member of €25,000 which goes into the development fund (or €50,000 for “dependent children aged 18 to 26” or parents over the age of 55), and hefty legal fees on top of this – typically in the region of €60,000 for a medium-sized family. Finally, unlike Cyprus, you need to be resident in Malta for 12 months immediately before obtaining citizenship. However, while it’s not cheap or quick, it is popular.

If you are interested in either of these schemes, it’s worth taking advice given the significant sums involved. Also, just bear in mind that the substance of these schemes can change rapidly – many EU politicians have expressed unease about “golden visa” schemes, and the Cypriot one in particular has come under a great deal of scrutiny. 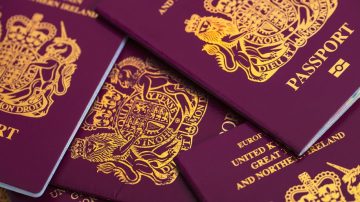 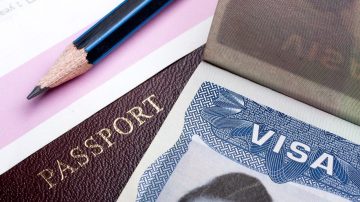