Currently, T1 that has a capacity for 20 million passengers is handling 24 million passengers. By moving the low cost airlines to T2, the ministry hopes to reduce the load on T1 and begin work on its expansion well before winter.

Terminal 2 was renovated early last year so the low cost airlines could operate out of there. However, airlines have been hesitant to move as they fear a rise in operational costs.

Until 2016, T2 was used for international flights, which now operate out of Terminal 3 (T3). Since the carriers have been hesitant in moving to T2, the terminal remains under-utilised, serving Haj flights once a year.

In a strongly worded letter to the airlines, published by Hindustan Times yesterday who has a copy, the Ministry of Civil Aviation has said: “As a final opportunity, the airlines operating from T1 shall discuss the issue among themselves in order to arrive at a mutually acceptable situation in a month, by July 15, 2017. In case there is no consensus by July 15, the airport operator shall be free to decide the suitable course of action, which shall be binding on these airlines.”

Currently, Delhi Airport’s operational Terminals 1 and 3 are handling a total capacity of 62 million passengers per annum. International Terminal 3 is also reaching a stage of congestion, which the ministry hopes to ease by making T2 operational “before the commencement of winter schedule 2017”. 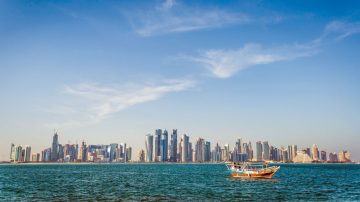