A study by strategic insight agency Opinium has found that jet lag cost UK companies £241 million this year through mistakes made by jet-lagged staff.

The study, funded by travel search engine Kayak and aircraft manufacturer Airbus, surveyed 1,000 UK adults who travelled long-haul in the past year, 20 per cent of whom flew business class.

According to its findings, jet lag affects travellers for an average of 2.2 days per trip and impacts 53 million work days for UK professionals each year.

The study also found that the average UK adult worked at 61 per cent of their full capacity when suffering from jet lag, and over three quarters of the test subjects said jet lag affected their concentration.

A further 49 per cent of test subjects admited to making mistakes at work which cost an average of £38, placing jet-lagged losses throughout the UK at £241 million in the past year.

A total of 70 per cent of travellers said their mood worsened when suffering from jet lag, and 52 per cent said it caused behavioural changes.

Aircraft manufacturers are taking a range of approaches to combat the effects of jet lag. Airbus has developed ambient LED lighting designed to imitate natural light, designed to help keep passengers’ circadian rhythms in check as they adjust to a new time zone.

Boeing has engineered its Dreamliner aircraft to set cabin air pressure to the equivalent of 6,000 feet in the air rather than the standard 8,000 feet. This approach decreases the effects of altitude sickness, which may be a major contributor to jet lag.

“It is easy to see jet lag as a minor inconvenience, but as the data shows, it is causing Brits to literally lose millions of days of their hard-earned holiday each year – and hitting businesses in their bottom line.” 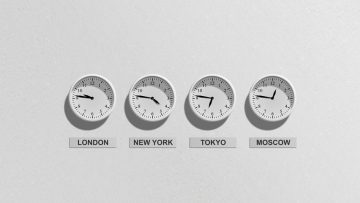