Jet Airways will operate between Sharjah and Kozhikode, October 30 onwards.

Kozhikode will be the third Indian city to be connected by Jet Airways to Sharjah, following Kochi and Mangaluru. The new service will strengthen the airline’s position as the key operator to the Middle East.

“The Gulf region is becoming an increasingly popular destination among the Indian population, whether it’s for business travel, tourism or employment. To cater to this growing demand, Jet Airways has progressively taken steps to enhance capacity on the route either by deploying more aircraft or introducing wide-body options on the sector,” says Gaurang Shetty, whole-time director at Jet Airways. 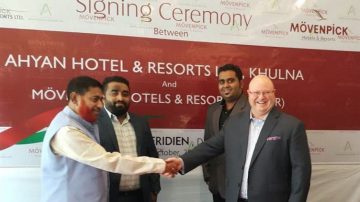