IAG will be the first European airline group to use Gogo’s latest technology.

Virgin Atlantic has also chosen the technology, but has not yet announced when the first of its aircraft will be flying with it onboard.

Those trials however were with the Panasonic Global Communications Suite “to provide a range of entertainment to customers’ personal electronic devices under the name High Life Connect” and operated on a range of different routes “to test how the system performs and identify usage levels to and from a range of destinations”.

Since the Panasonic trial ended earlier this year only BA’s London City service to New York has offered onboard connectivity.

The new service is using different technology and a different provider, however.

The new technology is from Gogo and is called “2Ku”. In total 118 British Airways, four Aer Lingus B757s and up to 15 Iberia longhaul aircraft will be fitted with 2Ku. This is in addition to the existing Iberia and Aer Lingus A330 fleets which have Panasonic GCS connectivity.

The first longhaul aircraft equipped with the inflight connectivity will be a B747-400 sometime early 2017. Iberia and Aer Lingus will see their first A330-300 and B757 aircraft fitted with 2KU later in 2017. Here is the full interview with CEO Willie Walsh

The highlights are that no decision has been made on pricing, including whether there are different price levels for different level of tiers in the BA Executive Club programme (and other FFPs), and whether it will be offered for free in premium cabins.

IAG says that the service provides fast wifi allowing customers to stream videos from suppliers such as Netflix and Amazon, and also use multiple devices at the same time and with connection speeds, aas well as bandwidth, similar to what they have at home.

Breakdown for each airline/type of longhaul aircraft:

Last month, Willie Walsh, the chief executive of IAG and former CEO of BA, was quoted by Reuters as saying: “We think the technology platforms are well established now and can facilitate our requirement which is for global coverage. So watch this space is what I would say.”

Subscribers can click here to read our September 2015 feature on the new connectivity options onboard airlines worldwide. 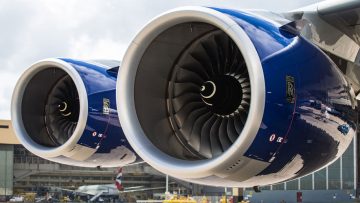