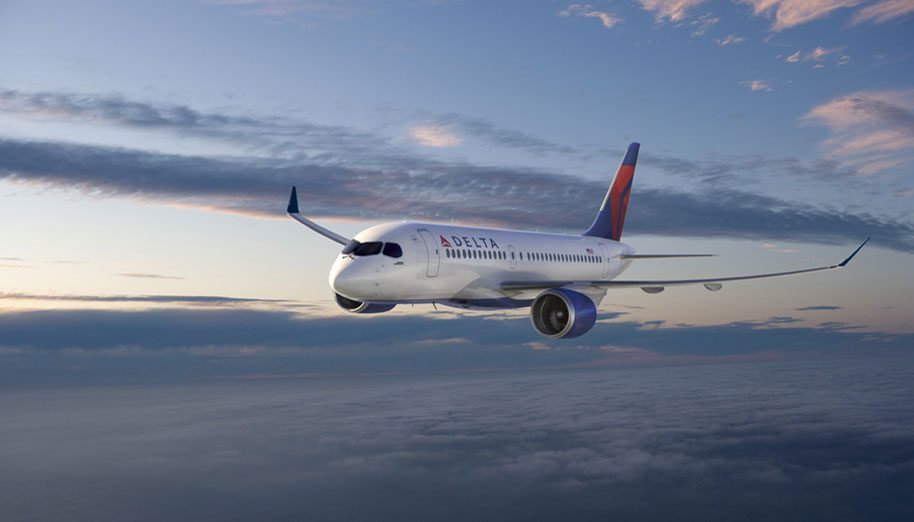 Delta has placed an order for 75 Bombardier CS100 aircraft, as the carrier aims to “cost-effectively reshape and upgauge its narrowbody fleet”.

The aircraft are due for delivery from spring 2018, with Delta being the US launch customer for the CS100 – the global launch customer is Swiss, with the first delivery expected this summer.

The 110-seat CS100 aircraft feature “the largest windows in the single-aisle market”, seatback in-flight entertainment, wifi connectivity, “high capacity overhead bins”, and “among the widest seats of any narrowbody aircraft”.

Seats will be configured 2-3 in Delta’s Main and Comfort+ cabins, and 2-2 in first class. The aircraft will operate on short to long-haul routes across the carrier’s network.

The new aircraft are part of Delta’s drive to replace older aircraft, with 280 50-seat regional jets and 130 narrowbody aircraft having been retired since 2009.

Delta also has options for 50 additional C Series aircraft, and “certain delivery flexibility rights including the ability to substitute the larger CS300 aircraft”.

The airline says that the Bombardier order means the carrier will no longer take delivery of Embraer E190 aircraft as planned. 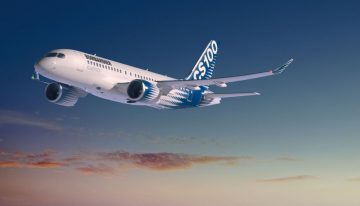 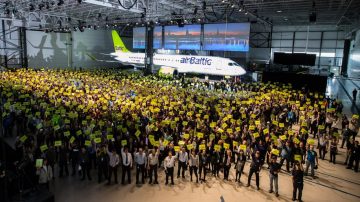 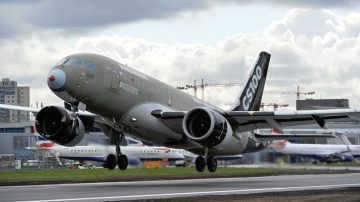