The first flight to be welcomed at the facility was today’s British Airways’ flight 105. The new Concourse has been extensively tested (see news, February 2016) with a trial operational trial involving 2,000 members of the public earlier this month.

The trial volunteers played the role of passengers arriving at, departing from and transiting through Concourse D, testing way-finding signage, food and retail outlets and the flow of passenger traffic within the new building.

Two airlines will operate from Concourse D on day one (British Airways and Royal Jordanian) with the remainder phasing in operations over the next several weeks.

“Aside from its many customer-centric features, Concourse D continues our legacy of providing timely capacity,” said Paul Griffiths, CEO of Dubai Airports. “Today we also announce our 2016 forecast which projects 85 million passengers will visit Dubai International this year. With the addition of Concourse D, Dubai International is getting both bigger and better.”

The concourse is linked to the newly renovated Terminal 1 by a dedicated airport train that can transport 300 passengers per trip.

Designed around a central atrium, Concourse D offers short walks to open gates, which will allow travellers to board directly from the waiting area, giving them more freedom and time to enjoy the full array of exciting food and beverage outlets.

On the apron, Concourse D provides 21 contact stands, of which four will be able to accommodate Airbus A380 or Boeing 747 aircraft, and 11 remote stands with a design capacity for 18 million passengers. 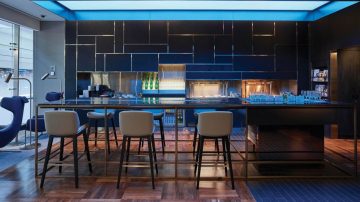 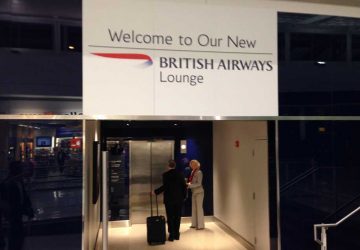