Compensation if your flight is struck by lightning 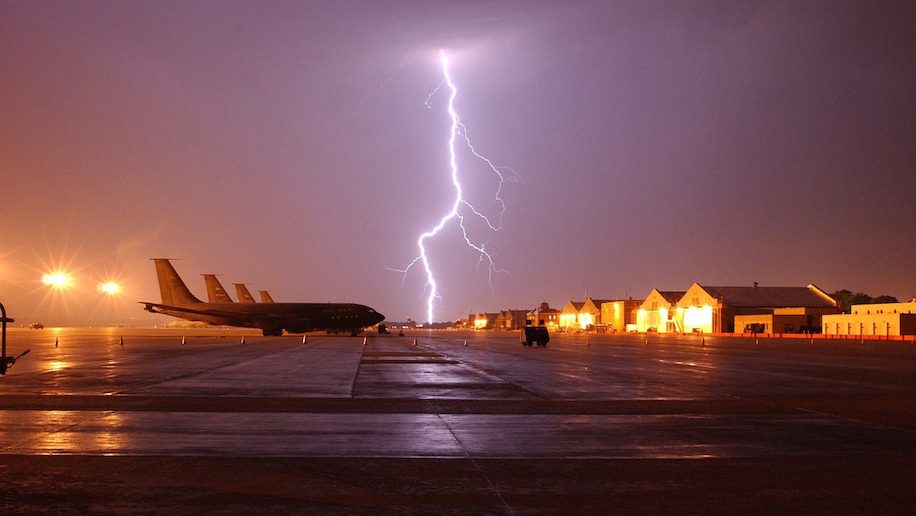 Flight delayed passengers can claim compensation for delays caused by lightning strikes as a result of a judgement at Reading Crown Court.

The judge ruled that lightning strikes are not one of the ‘extraordinary circumstances’ that excuse airlines from paying flight delay compensation.

Although the decision is not legally binding on other courts, it follows an appeal hearing at Luton County Court (where a large amount of flight delay cases are heard) and is the lead case on the issue of lightning strikes.

As such the decision will be highly persuasive in flight delay cases involving lightning in English and Welsh courts. European Flight Delay Regulation EC 261/2004 says that passengers delayed by three hours or more in the last six years may be able to claim up to €600 compensation, as long as the delay was not caused by extraordinary circumstances.

But the Regulation does not provide a specific list of extraordinary circumstances, leading to long court battles between airlines and delayed passengers.

Although the vast majority of aircrafts that are struck by lightning arrive safely and on time, delays occur when the plane lands and is subject to mandatory safety checks and the airline does not have relief aircraft in place to ensure passengers on any subsequent flights are not delayed.

In this case Monarch did not have spare aircraft available so passengers had to wait for the plane that had been struck by lightning to go through safety procedures in Gatwick.

Although the Regulation does not give specific examples of extraordinary circumstances, case law says that an event must be something that is not ‘inherent in the normal exercise of the carrier’s activity’ in order to be considered extraordinary.

Bott & Co Solicitors successfully argued that lightning strikes cannot be considered extraordinary because they are part of the day to day running of any airline.

Monarch attempted to argue that when a plane has to undergo mandatory checks after a lightning strike, this should be considered an ‘unexpected flight safety shortcoming’, which is one of the events that Regulation EC 261/2004 states MAY be an extraordinary circumstance.

“This case is about the airline industry having absolutely no measures in place to deal with issues which occur on a day to day basis.

“Bad weather is not the airline’s fault, but the law says it is their responsibility. If airlines are not willing to put measures in place to deal with delays caused by weather – something which is a daily concern for them – they must be prepared to compensate passengers for their loss of time.”

The Civil Aviation Authority includes lightning strikes in its list of extraordinary circumstances but as Judge Clarke said in today’s ruling, the list is not legally binding and has been proven wrong in court a number of times.
Judge Clarke said:

“I give no weight to it [the CAA’s list]. It is not legally binding. It is clear from its long list of deletions and amendments, arising from changes enforced upon it by decided cases, that the Civil Aviation Authority’s view on what should be considered extraordinary circumstances for the purposes of Article 5(3) has often been at odds with that of the courts. I cannot see that it helps me at all.”

For more information about your rights under regulation EU261, see this article by aviation lawyer, journalist and travel writer Alexander Freeman.