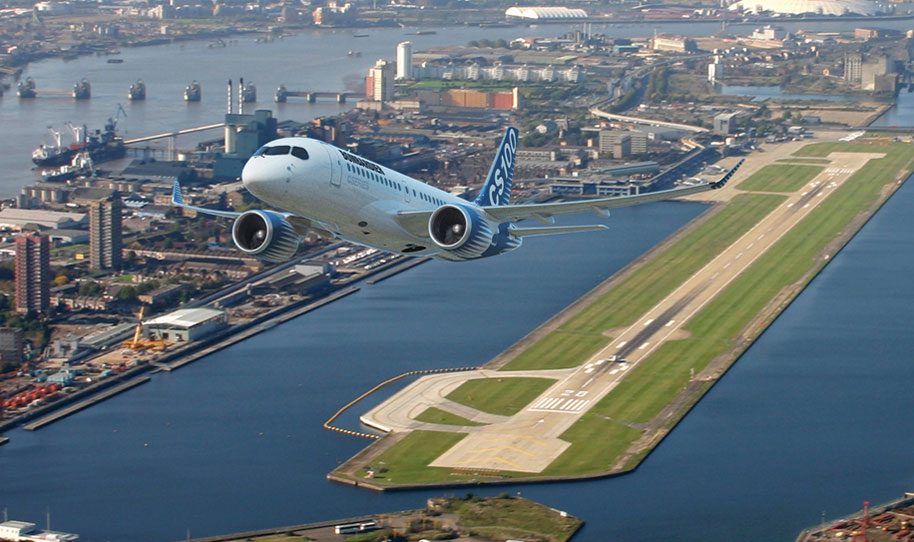 Swiss will replace its fleet of Avro RJ100s with CS100s over the next two years, with the first aircraft coming to London City in 2016.

The carrier will be the launch customer of the new single-aisle Bombardier CS100 and plans to debut the jet between Zurich and LCY in the third quarter. He added: “We ordered 30 new Bombardiers but at that time we left it open as to whether they would be the smaller ones or the bigger ones, but obviously to London City we need the smaller one with 125 seats.

“The CS100 will be the first one that will be certified. The next ten will be the CS300 with 145 seats, and we have not made a decision yet about what the last ten will be. We will see what the market tells us to do.”

“You also have much bigger windows than on traditional single-aisle aircraft, you have large overhead bins [with 25 per cent more space] and a bright cabin.” The seats, which will be configured across two classes (business and economy) in a 2-3 layout, will be designed by Zim. Each economy seat will have 30 inches of legroom, while the width will be 18.5 inches.

Thurnheer said: “Certification of the aircraft should be given by the end of the year. We expect to get the final approval in March, and then we are ready to pick up our aircraft in June.

“As far as London City goes, we expect to see the C series coming in July for special approval of the steep approach into the airport. We should then get approval from the CAA by quarter three of 2016.”