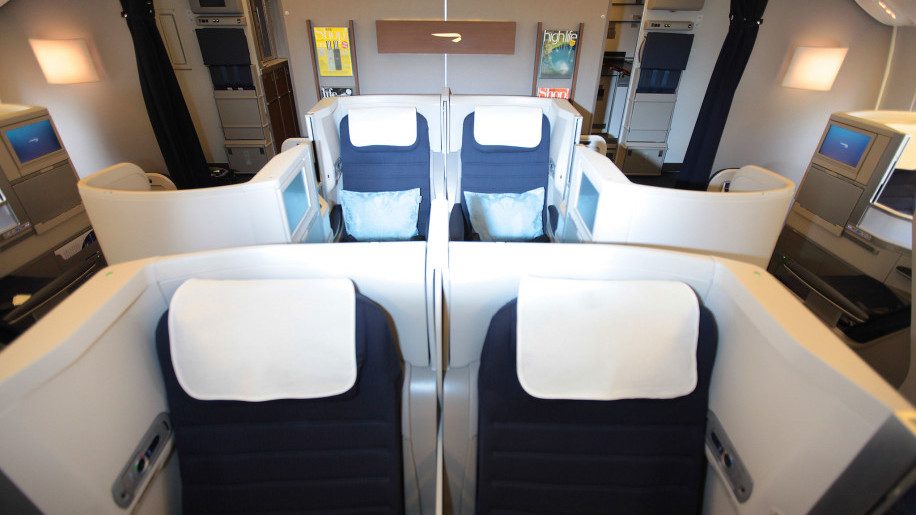 British Airways will “probably” offer a new Club World cabin on its forthcoming A350 aircraft.

It is unclear whether the airline’s famous “yin yang” configuration — whereby seats are arranged eight across 2-4-2 with one facing forwards and the other backwards — will be rejected in favour of a whole new concept.

Crawley said: “The yin yang configuration is something we patented because we thought it was a smart innovation — it is a very efficient use of space.

“One of the things people either love or hate about the product is the two middle seats, which are loved by families and couples.”

However, solo travellers in an E or F seat on a plane configured AB-DEFG-JK means no direct aisle access or the privacy of being next to a window.

Crawley added: “I have never had a letter of complaint about people having to step over the person next to them.”

With just over two years to go until the new A350 arrives, BA is already in talks with designers about how to improve its offering.

Crawley said: “You have to squeeze the parameters for the design people so they become even more innovative. We are in that process now so we will see what they come up with.”

He added: “Weight and space utilisation will be two of the restraints we will be giving our designers, plus some of the things we know our customers would like us to fix, such as the middle seat, and small details such as the light with the little slider and [creating] somewhere to put your glasses.”

Its website reads: “The challenge presented to Tangerine by British Airways in 2000 was daunting — find us the holy grail of airline travel sprinkled with a bit of pixie-dust, and astound us along the way…

“When the Boeing Dreamliner was introduced in 2013, Tangerine developed a new 2-3-2 configuration — dubbed the yin-yang-yin — for business class cabins in both the 787 and the A380 aircraft.”

BA’s next new seat will be its new first class product on the B787-9, which will arrive next September.