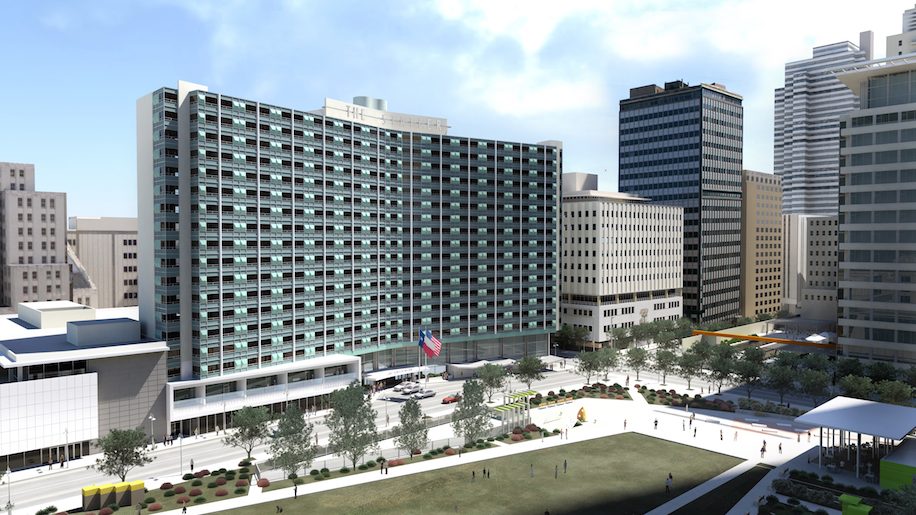 Hilton Worldwide is launching a new brand for international expansion — the Curio brand.

The hotel group will initially focus on building its four and five-star Curio portfolio in the US.

It has signed letters of intent for the SLS Las Vegas Hotel & Casino; the Sam Houston Hotel in Houston, Texas; Hotel Alex Johnson in Rapid City, South Dakota; the Franklin Hotel in Chapel Hill, North Carolina; and a soon-to-be-announced hotel development in Portland, Oregon, construction on which is due to begin in early 2015.

Curio properties will be a collection of “distinctive four to five-star hotels, ranging from boutique urban hotels to large beachfront resorts”, a spokesman said.

As previously reported by Business Traveller (see news, December 2013), Hilton Worldwide has for many years wanted a boutique hotel brand to compete with Starwood’s W Hotels and Marriott’s Edition.

A previous attempt was prevented by an espionage lawsuit that forced Hilton to abandon its Denizen lifestyle brand (see news, April 2009). This occured when Starwood took legal action alleging Hilton had used stolen documents to develop Denizen after hiring two of its former employees who had worked on its W Hotels brand.

At the time, Hilton was in talks with developers in Abu Dhabi, London, Mumbai and New York about setting up Denizen properties.

The two companies eventually settled out of court and Hilton was banned from entering the boutique hotel market for two years.

Christopher J Nassetta, president and CEO of Hilton Worldwide, said: “Our customers and owners have expressed strong interest in a brand from us that includes hotels that can retain their unique identity but also deliver the many benefits of our system, including our Hilton HHonors guest loyalty programme.

“That desire, combined with the current size of the independent hotel market and demand for differentiated hotel stays around the world, made for the right timing for this launch. Curio is an exciting new brand for us — one of two unique concepts we’ll introduce this year.”

Jim Holthouser, executive vice president of global brands at Hilton Worldwide, added: “Curio expands our portfolio to a total of 11 exceptional brands and creates additional opportunities to serve our existing customers even better, attract new customers and grow our pipeline.

“With Curio, we can help owners leverage our scale, scope and expertise while keeping intact each hotel’s individual character.”