Five airline safety videos that will make you smile

THE “IT” FACTOR Featuring thinly-clad Sports Illustrated supermodels, how can we resist not paying attention to our inflight television screens while this video is airing? After all, sex sells… and don’t let anybody tell you otherwise.

THE “IT” FACTOR Considering the massive global popularity of the hit television show “Glee”, it’s no surprise that Virgin has capitalised on this growing sub-culture to develop a video presented entirely in sassy music and dance. Results speak for themselves – the video already has nearly nine million hits on Youtube.

THE “IT” FACTOR What a blast from the past! Made as a tribute to the first Delta safety video in the 1980s, this new rendition offers a nostalgic dose of what we loved from that decade. These include break dancing, a Devo hat as well as a cameo from Gordon Shumway – star of the 1980s American sitcom, “ALF”. Now, if only they could get Madonna to appear…

THE “IT” FACTOR We know that Manchester United aren’t exactly performing well in the league at the moment, and we can totally see why. United stars such as Wayne Rooney, Darren Fletcher and Nani show us exactly how NOT to stow our luggage into the overhead compartments, and how to fasten our seatbelts incorrectly. No wonder they’re struggling to kick a ball into a net!

THE “IT” FACTOR” With this year’s Oscar season done and dusted, how better to reminiscence about the great films of our time than by watching the latest safety video by Virgin Atlantic. The six-minute animated short celebrates film like never before, with references to 2001: A Space Odyssey, James Bond, Batman, Alfred Hitchcock, and 1968 Beatles’ film Yellow Submarine! 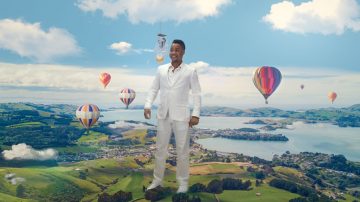