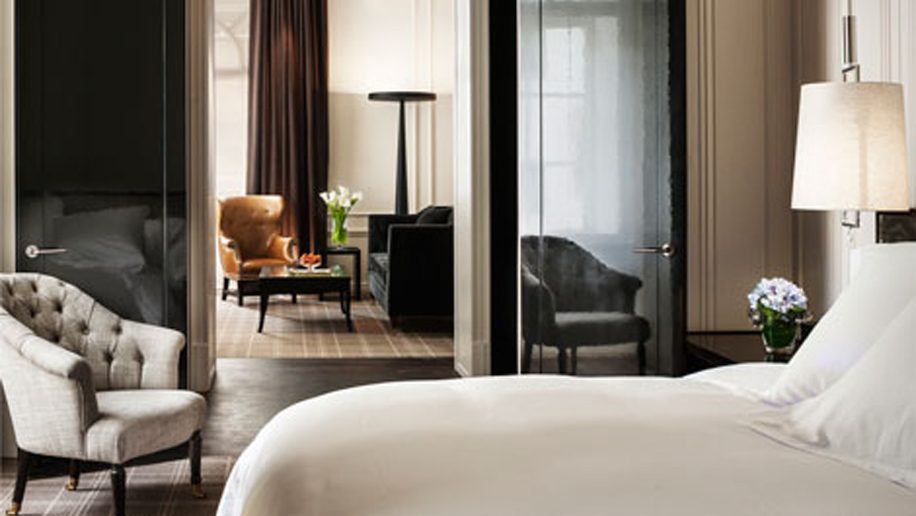 Business Traveller has had a sneak preview of a suite in the upcoming Rosewood London, which is set to open on October 15.

As previously reported (see online news, February 27), Rosewood Hotels and Resorts has acquired the Chancery Court hotel on High Holborn and is spending more than $130 million on renovating the Grade II Listed Edwardian property, which was formerly the HQ of the Pearl Assurance Company.

The hotel has so far stayed open while refurbishments have taken place, but will close shortly for works to be completed. The interiors have been designed by New York-based Tony Chi and Associates. The property will have 262 rooms and 44 suites. Entry-level Deluxe rooms are about 31 sqm.

Business Traveller had a look at a Premier suite. Measuring 67 sqm and featuring high ceilings and the property’s large original windows, it is elegantly decorated with a classic, residential feel. (Rosewood calls it a “combination of British manor house heritage and contemporary sophistication.”)

It features a long entrance foyer with dark-wood flooring and glossy black lacquer panelling, with a large “maxi bar” housed in an open wooden cabinet at the end. To the right is an attractive living room and to the left the bedroom. The colour palette is mainly cream, grey and black, with subtle check carpeting and dark wool curtains.

The living room features a plush velvet sofa, leather chairs and a circular wooden dining table that also acts as a work space – a unit underneath is fitted with UK, EU and US plug sockets and USB slots. Wifi will be free in all rooms.

The bedroom has a king bed dressed in luxurious white linens and a grey Paisley-pattern throw, as well as a large Samsung flatscreen TV and Geneva sound system. A dressing table with theatrical lights around the mirror is a feminine touch in a design that overall feels more masculine.

Off the bedroom, a walk-through wardrobe leads to a glamorous marble bathroom with wood and mirror panelling. It has twin sinks, a deep tub with a large built-in TV screen, a walk-in shower and toiletries by Jermyn Street-based Czech and Speake. The suite also has a guest washroom and separate service entrance.

Other facilities in the hotel will include a restaurant and bar designed by Martin Brudnizki, responsible for London restaurants including Scott’s and Le Caprice, as well as a spa and a 435-capacity ballroom.

This will be the first Rosewood Hotels and Resorts property in Europe (though the Dallas-based brand previously managed London’s Lanesborough hotel until 2002). There are currently 18 properties under the brand in the US, Canada, Mexico, the Caribbean and the Middle East.

Sonia Cheng, chief executive of parent company Rosewood Hotel Group – the Hong Kong-based group that also counts New World Hotels and Pentahotels among its brands – told Business Traveller that it has 14 more Rosewood Hotels and Resorts properties in the pipeline and plans to go global.

The new Rosewood Abu Dhabi soft-opened in May and will officially launch in September, while a Beijing property is due to open this winter.